The winner of the prestigious first prize in 2018 is Jacqui Hallum with her painting King and Queens of Wands.

[dropcap style=”font-size:100px;color:#992211;”]T[/dropcap]he John Moores prize has been a long standing gem in the art world calendar with many prestigious winners and this year the art prize celebrates its 60th anniversary and its 30th exhibition. Especially relevant to painters the John Moores champions the medium probing the scene for ambitious and experimental works.

The five prizewinning paintings shortlisted for the John Moores Painting Prize 2018 have been announced. One of them, selected from more than 2,700 entries, will be chosen as the overall winner of the £25,000 first prize.

“I’ve always been interested in the John Moores Painting Prize. I suppose there’s always a desire to be a part of something like this, to show painting within this ongoing survey of current painting. Bruce McLean is a maverick, so I knew this year would be fun. My winning piece, King and Queen of Wands, is part of a large body of work which borrows from the Rider Waite Tarot deck – but newer paintings feature disco dancing cats. In this work, with the King on one side and the Queen on the other, the space in between in a kind of ‘reading’, but the whole thing is also a body. I work on a number of painting elements at the same time,”Jacqui Hallum 2018 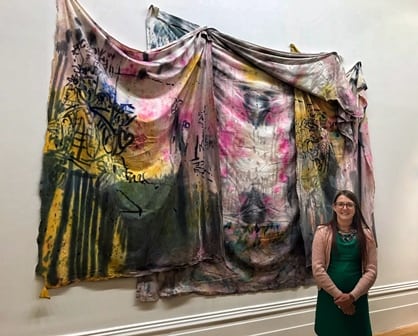 The internationally-renowned John Moores Painting Prize is the UK’s longest-established painting prize, founded in 1957. Named after the sponsor of the prize, Sir John Moores (1896 – 1993), the competition is entered and judged anonymously and open to all UK-based artists working with paint.

The competition culminates in an exhibition held at the Walker Art Gallery every two years, and 2018 marks the art prize’s 60th anniversary and its 30th exhibition, having championed contemporary British painting for over two decades longer than any other art prize of its scale. 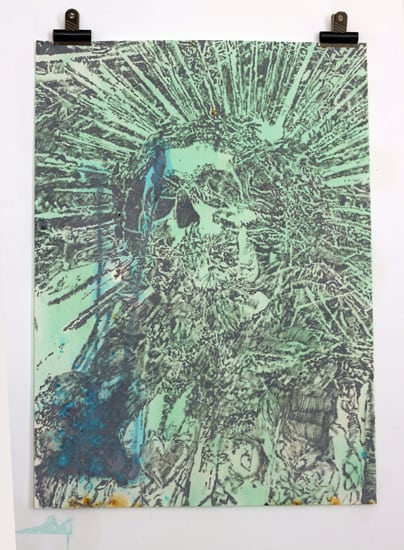 Forming a key strand of the Liverpool Biennial, the John Moores exhibition is held in partnership with the John Moores Liverpool Exhibition Trust. Although the appearance of each exhibition changes, the principles remain constant: to support artists and to bring to Liverpool the best contemporary painting from across the UK.