A large-scale field experiment conducted during the December 2011 parliamentary elections in Russia suggests that fraud had a significant impact on the results. The research marks an advance in efforts to quantify electoral fraud. 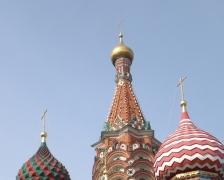 Surely this is a capitalist plot to destabilize mother Russia. As my friend Sergei here will testify, won’t you Sergei?

A large-scale field experiment conducted during the December 2011 parliamentary elections in Russia suggests that fraud had a significant impact on the results. The research marks an advance in efforts to quantify electoral fraud.

The researchers, including a visiting research scholar at Princeton University, estimate that fraud accounted for at least 11 percentage points of the vote recorded for the ruling United Russia party in Moscow. They estimated that the party received at least 635,000 votes in the city as a result of fraud in the election, which resulted in United Russia retaining its majority in parliament.

“We started this just as a project for the public good, and we didn’t think about writing an academic paper. But when we saw the effects were so huge we decided that we needed to write about it,” said Maria Petrova, the UBS Associate Professor of Economics at the New Economic School in Moscow and a visiting research scholar at Princeton’s Woodrow Wilson School of International and Public Affairs and the Center for the Study of Democratic Politics this academic year.

The research is described in an article by Ruben Enikolopov, Vasily Korovkin, Petrova, Konstantin Sonin and Alexei Zakharov that appears in the January issue of the Proceedings of the National Academy of Sciences.

To estimate the level of fraud, the researchers randomly assigned independent observers to monitor ballot-handling and counting procedures at polling stations in Moscow and measured differences in results reported from stations with observers and those without.

According to official results, United Russia received 46.6 percent of the vote in Moscow. The results of the experiment indicate that the presence of observers led to a decrease in the share of votes for the party of 10.8 percentage points and an increase in results for other parties. The researchers say those differences represent the lower bound for fraud because the figures assume that all electoral fraud was fully prevented by the presence of the observers. 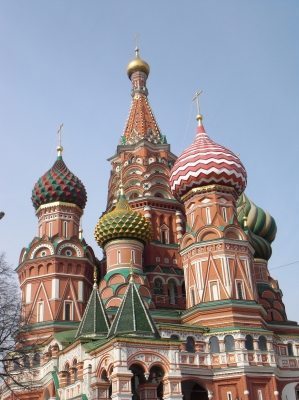 While the results of the experiment can’t be applied outside of Moscow, the researchers say the estimates offer hints that electoral fraud was serious enough to change the outcome of the elections. A change of 5 percentage points in the United Russia totals nationwide would have stripped the party of a majority in the parliament, forcing it to form a governing coalition.

“Until recently, the study of vote fraud was limited to innuendo, anecdotes and rumor — a fact which frustrated scholars and activists alike,” said Timothy Frye, the Marshall D. Shulman Professor of Post-Soviet Foreign Policy and director of the Harriman Institute at Columbia University. “Yet in recent years, scholars have made quick progress on this question. At the front edge of this line of research is ‘Field Experiment Estimate of Electoral Fraud in the Russian Parliamentary Elections.'”

“Enikolopov, Petrova, and their co-authors use a simple but ingenious method to ferret out one pernicious form of vote fraud — ballot stuffing on Election Day,” Frye said.

The experiment, conducted in cooperation with the Russian nongovernmental group Citizen Observer, began with randomly selecting 156 of the city’s 3,164 ordinary polling stations to be watched by volunteers from Citizen Observer. To protect the integrity of the experiment, the stations where observers were to be sent were kept secret from government officials and the observers themselves until the last possible moment.

“Observers were sitting at the polling station and they had some basic instruction on what members of the election commission can and cannot do and how the counting should be done,” Petrova said. “When they saw something suspicious, they could call the head of their organization or call the police. They also tried to take photos or videos of violations.”

Observers in 43 polling stations reported violations serious enough to have significantly compromised the vote count. At 38 stations, observers were not able to get a copy of the official vote count. Observers reported no serious violations at 75 stations. At many of the polling stations, observers were removed before the end of the voting or vote counting for alleged violations of election rules. But Petrova said some difference in vote totals occurred even if the observers were not allowed to stay for the entire period or intervene when they saw possible fraud.

“We think that maybe the people who were participating in electoral fraud were a little bit afraid when there were observers at the polling stations,” Petrova said.

She said the rigorous nature of the experiment, which included careful checks to ensure that the polling stations with observers were otherwise comparable to other polling stations, could help convince some skeptical Russians about the level of electoral fraud.

“I think that for some people, at least, the fact that we have published this paper is a sign that it’s not just speculation about electoral fraud or particular instances of electoral fraud but at least for Moscow it’s systemwide,” she said.

Petrova, who received her Ph.D. from Harvard University in 2008, is spending her time at Princeton focused on media effects in the Weimar Republic. She hopes to deepen the understanding of the influence of mass media on people’s behavior in a democracy, by estimating a causal effect of German public radio on voting and expressions of anti-Semitism in Germany in 1928-39.

Previous Story:
Danzig/Doyle to Play Misfits Set in the UK

Next Story:
Fire in the Blood [Film]