Dumped? Wallow in Self-Pity. It Works! 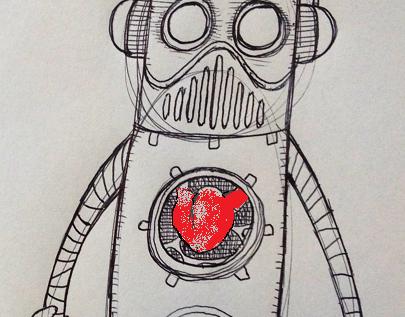 New research suggests that indulging the pain of a relationship breakdown is more effective a survival strategy than ignoring it. So get picking those tunes and chart your progress. By the time you’ve moved from Eric Carmen’s truly miserable ‘All By Myself’ or EBTG’s turgid ‘Missing’ onto Whitesnake’s ‘Here I Go Again’ you’re already healing.

When you get onto the gloriously self-satisfied rebound anthem ‘Help Me Rhonda’ by the Beach Boys (‘Well Rhonda, you caught my eye/And I can give you lots of reasons why/Why you could help me, Rhonda/Help me get her out of my heart’), you’re cured.

Breaking up is truly hard to do. And recovery from a breakup can be even harder. Your friends may consul you to put the whole thing out of your mind. But new research suggests that repeatedly reflecting on a break-up – even through participation in a research study – actually speeds emotional recovery.

“Breakups are ubiquitous – most adults have experienced at least one in their life – and are typically very distressing,” says Grace Larson of Northwestern University. After studying divorce and breakups for years using longitudinal, multi-method designs, Larson and her then-adviser David Sbarra of the University of Arizona wanted to study whether these research techniques on their own were affecting participants.

One concern they had was that the studies could be harming participants, Larson says. “At first glance, it might seem like repeatedly reminding participants that they had just broken up – and asking them to describe the breakup over and over – might delay recovery,” she explains. Indeed, in their new study, the researchers discussed with participants possible downsides to participating in the study, such as emotional distress, rather than benefits. They were surprised to find the opposite effect.

In the study, they split participants into two conditions: with one group, using a suite of methods for observing coping and emotions (such as questionnaires, psychophysiological measurements like heart rate monitoring, an an interview-like task); and with the second group, only asking them to complete initial and final questionnaires. All the participants had experienced a non-marital breakup within the previous 6 months.

As published today in Social Psychological and Personality Science, those who completed the more intensive set of tasks and measures four times over 9 weeks had better overall recovery from their breakups. The researchers specifically looked at “self-concept reorganization,” the process of seeing and defining yourself separate from your ex and from the relationship. Asking the participants to reflect on their relationships helped the participants “build a stronger sense of who they were as single people,” Larson says.

The work, she says, fits in well with studies showing how profoundly romantic relationships impact our self-concept. For example, she cites work by Art Aron and colleagues showing that in close relationships, people begin to feel as though they overlap with the person they are close to. “The process of becoming psychologically intertwined with the partner is painful to have to undo,” she says. “Our study provides additional evidence that self-concept repair actually causes improvements in well-being.”

The study is one of the first to look at whether the methods used in typical observational studies of well-being and coping can in and of themselves affect well-being. The researchers do not yet know exactly which aspects of the study caused these changes but they suspect it relates to participants thinking about their breakups from a distanced perspective. Or, Larson says, “it might be simply the effect of repeatedly reflecting on one’s experience and crafting a narrative – especially a narrative that includes the part of the story where one recovers.”

Another factor, she says, is that in the measurement-intensive condition, participants privately spoke about their breakups (into a voice recorder) four times. While the speaking task was not structured like a typical expressive writing exercise, having the ability to be emotionally expressive may have given the participants the well-documented benefits of expressive writing.

Larson recognizes that most people experiencing recent breakups will not have the option of participating in a scientific study but suggests finding other ways to regularly reflect on the recovery progress. “For instance, a person could complete weekly check-ins related to his or her emotions and reactions to the breakup and record them in a journal,” she says, or write repeatedly about the process of the breakup “as though he or she were talking to a stranger about it.”

“The recovery of a clear and independent self-concept seems to be a big force driving the positive effects of this study, so I would encourage a person who recently experienced a breakup to consider who he or she is, apart from the relationship,” Larson says. “If that person can reflect on the aspects of him- or herself that he or she may have neglected during the relationship but can now nurture once again, this might be particularly helpful.”

Source: SAGE Publications
Illustration by Dan Booth not to be reproduced without his express prior permission