Those old enough will recall the spine-tingling screech of chalk across classroom blackboards, the air full of dust. 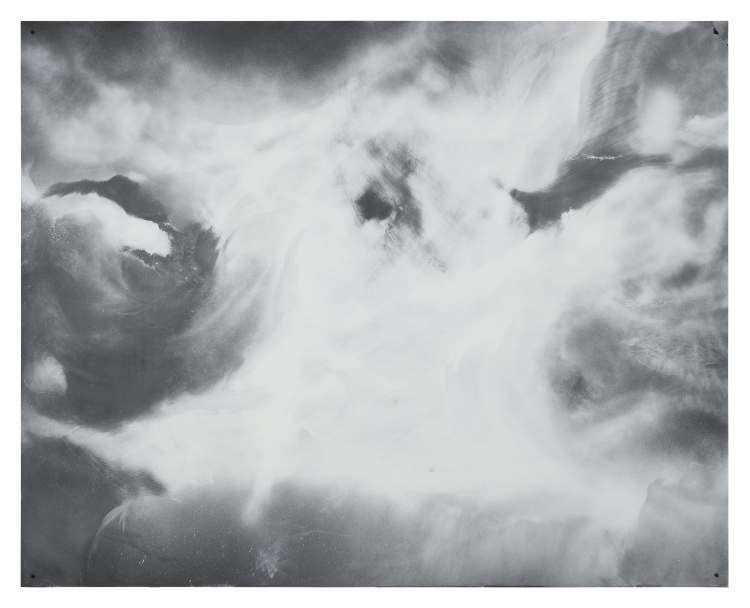 Chalk, a biological limestone formed from shells, is one of the oldest artistic materials. Its use can be traced back to Paleolithic times, a tool to communicate visceral stories and happenings.

It requires craft, human contact, the body, to make and erase its marks. Those old enough will recall the spine-tingling screech of chalk across classroom blackboards, the air full of dust. More recently, video footage captured colossal masses of chalk falling from iconic cliffs along the English coastline, forcibly bringing the catastrophic impacts of climate change into the British collective consciousness as a global lesson we are still learning.

Tacita Dean was a rebellious student. Despite enrolling in the painting department at the Slade School of Fine Art, London in 1991, paint wasn’t her material. At that time, the school’s painters were based in the Courtauld Institute’s galleries on Woburn Square, where the walls were covered in hessian under the assumption that everyone would be diligently recreating classical masterpieces. For Dean, who gravitates towards more “eclectic surfaces”, (Dean, 2020) this arrangement was troublesome. She found a solution: two pieces of hardboard, which were initially painted white, and later, covered in blackboard paint. White chalk was a response to black and became Dean’s primary tool for writing and drawing; when her ideas mutated or swerved, she could rub out and begin the process all over again. These were the palimpsestic surfaces that won her a place in the New Contemporaries touring exhibition in 1992, for which she proposed creating a new drawing for each venue, and effectively launched her career. More significantly, these blackboards also marked the emergence of a new visual language that could speak of history, poetry, cinema, memory, place, nature, light, time, life, and death, all at once, and with the ease and elegance of a single hand gesture.

These early drawings, the subject of Sixteen Blackboards (1992), were more akin to the scrawled annotations of Joseph Beuys than to the abstract looping energy of Dean’s long-time influence Cy Twombly; a monochrome mind map of words, arrows and floating feet imprinted over the white smoky remnants of the past artist, wiped away by the palm of a hand. Her most recent drawing, Chalk Fall (2018), once again captures the motion of erasure, but the focus has changed, referring directly to Dover’s ecological message. Drawn across nine vast panels of blackboard, it catches the white cliffs at the moment of collapse, solid chalk becoming white dust in a scene that is both terrifying and beautiful, contemporary and timeless. One might recall Leonardo da Vinci’s deluge drawings in which the artist similarly portrays an apocalyptic vision of a catastrophic storm, existential fear made manifest.