Dither, and the Cat Dies. Quantum Probability and Irrational Decisions

Trebuchet froths at the term, rubs its thighs, gets all a-tingle. It’s like David Cameron with ‘graphene’, or Pitchfork with ‘Coldfunk PatriarchyWave’ (or whatever ghastly made-up subgenre they’ve jizzed themselves with this week).

The next time someone accuses you of making an irrational decision, just explain that you’re obeying the laws of quantum physics.

According to Zheng Joyce Wang and others who try to model our decision-making processes mathematically, the equations and axioms that most closely match human behavior may be ones that are rooted in quantum physics.

“We have accumulated so many paradoxical findings in the field of cognition, and especially in decision-making,” said Wang, who is an associate professor of communication and director of the Communication and Psychophysiology Lab at The Ohio State University.

“Whenever something comes up that isn’t consistent with classical theories, we often label it as ‘irrational.’ But from the perspective of quantum cognition, some findings aren’t irrational anymore. They’re consistent with quantum theory–and with how people really behave.”

In two new review papers in academic journals, Wang and her colleagues spell out their new theoretical approach to psychology. One paper appears in Current Directions in Psychological Science, and the other in Trends in Cognitive Sciences.

Their work suggests that thinking in a quantum-like way¬–essentially not following a conventional approach based on classical probability theory–enables humans to make important decisions in the face of uncertainty, and lets us confront complex questions despite our limited mental resources.

When researchers try to study human behavior using only classical mathematical models of rationality, some aspects of human behavior do not compute. From the classical point of view, those behaviors seem irrational, Wang explained.

For instance, scientists have long known that the order in which questions are asked on a survey can change how people respond–an effect previously thought to be due to vaguely labeled effects, such as “carry-over effects” and “anchoring and adjustment,” or noise in the data. Survey organizations normally change the order of questions between respondents, hoping to cancel out this effect. But in the Proceedings of the National Academy of Sciences last year, Wang and collaborators 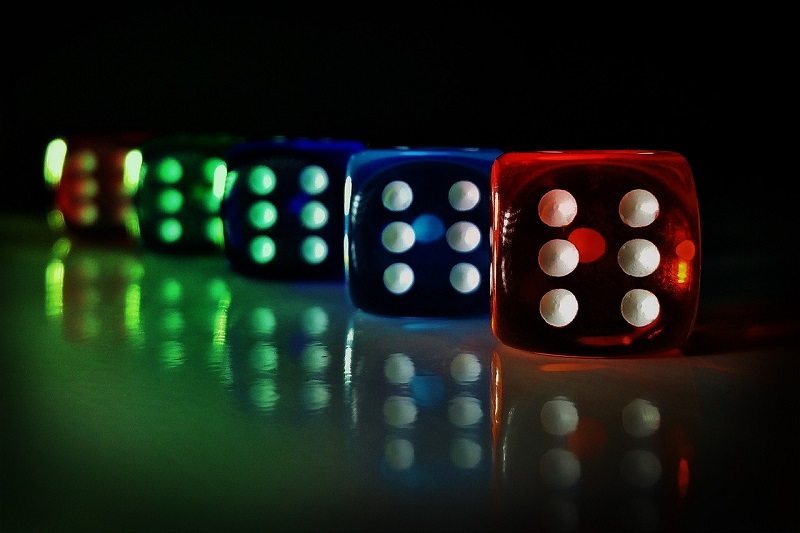 demonstrated that the effect can be precisely predicted and explained by a quantum-like aspect of people’s behavior.

We usually think of quantum physics as describing the behavior of sub-atomic particles, not the behavior of people. But the idea is not so far-fetched, Wang said. She also emphasized that her research program neither assumes nor proposes that our brains are literally quantum computers. Other research groups are working on that idea; Wang and her collaborators are not focusing on the physical aspects of the brain, but rather on how abstract mathematical principles of quantum theory can shed light on human cognition and behaviors.

“In the social and behavioral sciences as a whole, we use probability models a lot,” she said. “For example, we ask, what is the probability that a person will act a certain way or make a certain decision? Traditionally, those models are all based on classical probability theory–which arose from the classical physics of Newtonian systems. So it’s really not so exotic for social scientists to think about quantum systems and their mathematical principles, too.”

Quantum physics deals with ambiguity in the physical world. The state of a particular particle, the energy it contains, its location–all are uncertain and have to be calculated in terms of probabilities.

Quantum cognition is what happens when humans have to deal with ambiguity mentally. Sometimes we aren’t certain about how we feel, or we feel ambiguous about which option to choose, or we have to make decisions based on limited information.

“Our brain can’t store everything. We don’t always have clear attitudes about things. But when you ask me a question, like ‘What do you want for dinner?” I have to think about it and come up with or construct a clear answer right there,” Wang said. “That’s quantum cognition.”

She used the example of Schrödinger’s cat–the thought experiment in which a cat inside a box has some probability of being alive or dead. Both possibilities have potential in our minds. In that sense, the cat has a potential to become dead or alive at the same time. The effect is called quantum superposition. When we open the box, both possibilities are no longer superimposed, and the cat must be either alive or dead.

With quantum cognition, it’s as if each decision we make is our own unique Schrödinger’s cat.

As we mull over our options, we envision them in our mind’s eye. For a time, all the options co-exist with different degrees of potential that we will choose them: That’s superposition. Then, when we zero in on our preferred option, the other options cease to exist for us.

The task of modeling this process mathematically is difficult in part because each possible outcome adds dimensions to the equation. For instance, a Republican who is trying to decide among the candidates for U.S. president in 2016 is currently confronting a high-dimensional problem with almost 20 candidates. Open-ended questions, such as “How do you feel?” have even more possible outcomes and more dimensions.

With the classical approach to psychology, the answers might not make sense, and researchers have to construct new mathematical axioms to explain behavior in that particular instance. The result: There are many classical psychological models, some of which are in conflict, and none of which apply to every situation.

With the quantum approach, Wang and her colleagues argued, many different and complex aspects of behavior can be explained with the same limited set of axioms. The same quantum model that explains how question order changes people’s survey answers also explains violations of rationality in the prisoner’s dilemma paradigm, an effect in which people cooperate even when it’s in their best interest not to do so.

“The prisoner’s dilemma and question order are two completely different effects in classical psychology, but they both can be explained by the same quantum model,” Wang said. “The same quantum model has been used to explain many other seemingly unrelated, puzzling findings in psychology. That’s elegant.”

Previous Story:
I want to party hard, but you won’t let me (Best Friends. Sebright Arms)

Next Story:
Renaissance Hit or Folk Flop? All Our Yesterdays (Blackmore’s Night)