De Aeris In Sublunaria Influxu is not an album whose complexity or power can be instantly grasped. It requires some time and effort.

[dropcap style=”font-size:100px; color:#992211;”]T[/dropcap]here are entire sectors of music that are never reported on outside of specialist websites and online retailers.

Much of the so-called dark ambient scene is not just aesthetically but structurally shadowy and obscure. Many producers prefer the creative autonomy and even anonymity of the deep underground but this obscurity is also externally imposed through a deliberate policy of neglect.

Partly because of a suspicion of artists dealing with esoteric themes in a dark, non-commercialised way and partly because of the scene’s links to industrial, such music is very rarely (allowed to be) discussed outside of its scene. Even larger labels such as Sweden’s Cold Meat Industry have existed for two decades yet are rarely, if ever, discussed. Some of the more one-dimensional martial or neofolk releases emerging from the scene are certainly aesthetically or even politically questionable, yet there is also a wealth of powerful music which is heard by its followers but never seen by a wider public.

For this release the Brazilian label Essence Music (founded 2002) has brought together two of the most significant and long-standing artists associated with the scene – Sweden’s Raison d’être (Peter Andersson) and Germany’s Troum. Andersson is known for melancholic and romantic ambient and Troum for ritualistic dronescapes.

This collaboration is the result of four years’ work and it’s not an album whose complexity or power can be instantly grasped. It requires some time and effort, now rather unfashionable qualities. Sonic spaces of this type need to be explored more than visited.

‘Folia’ is a relatively bright start, a shifting arrangement of initially bright and ephemeral chords that drop away almost too rapidly into tenser undercurrents, like a muted opening scene in a film following a powerful title track. The much longer ‘Alio Tempore’ seems to flow in the opposite direction, opening with deep muffled impacts, and bells tolling mournfully in the sonic mist, it is gradually illuminated by layers of brighter drones that subtly fill out the soundscape, lifting it like a slow-moving but unstoppable tide.

Length as well as depth is a hallmark of dark ambient and the 15 minute plus ‘Oculum Mundi’ is only the second-longest track here. After a relatively beatific opening its central section takes a much darker turn: inexperienced listeners who might have been seduced by the numerous fragile layers of the opening may well find themselves ‘all at sea’, challenged to embrace or reject a temporary turn into much stormier waters.

Respite comes in the form of ‘Atmosphaera’, an airy and more serene soundscape that brings to mind ice crystals in clear polar air.

The dark heart of the album is the epic ‘Meditationum’, which, despite the title, is darker than rest, animated by uncanny pulses and deeper, growling bass almost in battle with the ethereal chords. It’s the point where the two artists’ styles meet most convincingly and coherently, even if some may be left wishing for it to break its banks and finally sweep away the listener. 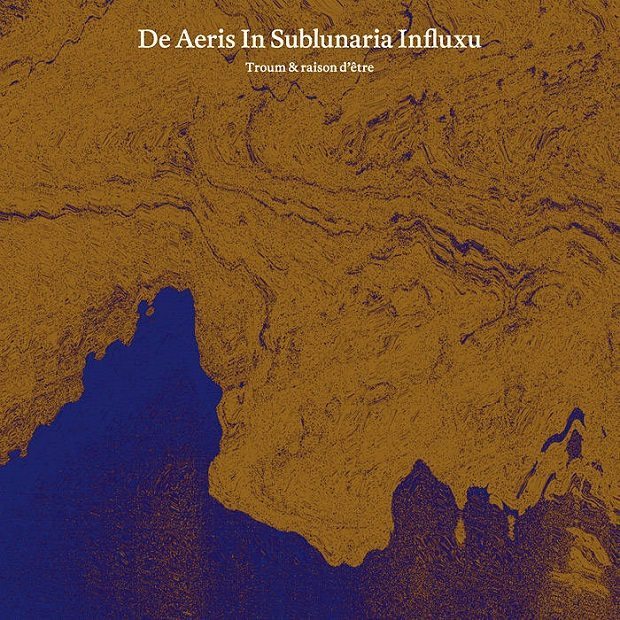 ‘Flammae’ is the most classical and romantic piece, structured by organ-like chords that are both melancholic and optimistic. The effect is beguiling and intimate and is one of the most convincing moments of the album.

Following this relatively introspective moment, ‘Ad Infinitum’ is a powerful conclusion that opens up the same sense of ascent and vast space that Troum’s best work generates. From an early stage there’s a sense of the epic and while for much of its duration it holds the darkness at bay, the final transition of the album is like the passage from summer to autumn.

Mournfully intersecting and increasingly ominous sub-drones provide a dark and unresolved ending: there is no beatific release or return to the brighter, lighter textures evident on earlier tracks. The darkness of dark ambient, which many try to protect listeners from, reasserts itself and ultimately leaves a weightier impression than might have been expected.

Next Story:
Thanks! The Proven Way to Get The Right Kind of Attention