An interview with artist and hyperreal ecologist Jim Naughten 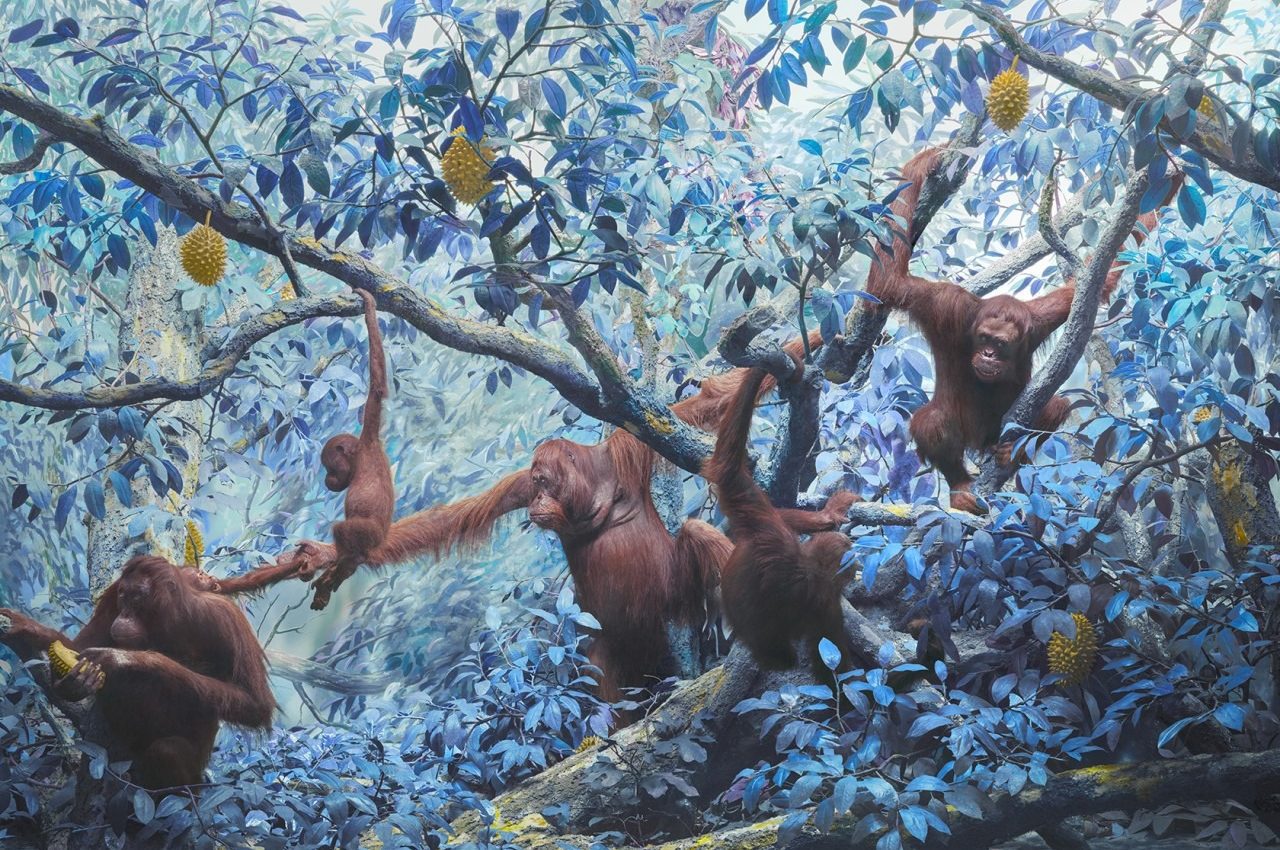 The problem we have with issues surrounding ecology is that those in political power are unwilling to make the unpopular choices required to change the toxic nature of our relationship to the environment.

While we are reliant on fossil fuels, we have to look at why, given such reliance, do many governments give fossil fuel companies massive subsidies. They already have a competitive advantage and such subsidies surely make it harder for other technologies to compete? With some optimism by balancing our relationship to fossil fuels we might enable a generational shift in the power dynamics that determine what we stand for as a global society, since the problems we face can’t be contained within national discourse. Though it has to start somewhere.

Artist Jim Naughten encapsulates these larger issues within his work. To date, his work has used photography to describe an approach to history as a form of storytelling, where the veracity of the photographic image emphasises anthropological assumptions made by the viewer and our impressions of the photographer’s interest. Why take that picture of that person and why like that? In his latest exhibition Eremozoic he shows us a heightened vision of the natural world, as if from humanity’s dream lexicon, against the waking reality of widespread extinction.

“Biologist E.O. Wilson has suggested that we are now entering the Earth’s Eremozoic period, which he characterises as an age of loneliness following mass extinctions caused by human activity. In contrast with the more commonly used term Anthropocene (or ‘age of man’), Wilson’s classification addresses the history we are living through from a broader ecological perspective, to recognise humanity’s essential and inextricable connectedness with other forms of life on the planet.” – Lucy Fleming-Brown on Jim Naughten

Trebuchet interviewed artist Jim Naughten about the stark realities under his beautiful work and how he has used Photography as a medium in itself.

Jim Naughten: Diane Arbus was the first photographer whose work knocked my socks off. It was like the first time I heard punk music as a kid. Electrifying. I realised that it was possible to be an artist as a photographer and have a unique voice. She’s unique. Her portraits are of freaks and outsiders, and they are all kinds of self-portraits. I identify with the subjects. The mixture of directness (centre frame with flash) and sensitivity to the subject is all-powerful!

I’m more interested in history in general than photographic history (although I adore historical stereographs) and before my latest series (Eremozoic 2021) my projects attempted to ‘reanimate’ or reimagine historical subject matter. My first major project involved WW1 and WW2 military enactors (Re-enactor 2009), followed up by a Namibian tribe who wear Victorian-era costumes (Conflict and Costumes 2013). I then worked with museum specimens from the 1800s and early 1900s to create Animal Kingdom (2016) stereographs. I followed this project with Mountains of Kong (2018) which looked at a mountain range that appeared on maps of the world for a hundred years before turning out to be non-existent. I loved archaeology when I was young and I think these projects all have elements of archaeological investigation.

I’ve learnt that history is extremely malleable. It seems to be constantly shifting beneath our feet and depends entirely on our own values and projections. I’m obsessed with human evolution and our hunter-gatherer ancestors and have read a lot of deeply fascinating books on them, only to have taken delivery of ‘The Dawn of Everything: a New History of Humanity’ this morning, which is supposed to be a ‘radical revision of everything’. Case closed. Or reopened!

Eremozoic is made up of images that use natural history specimens or dioramas with elements added or moved around in post-production. Once a base ‘file’ or ‘canvas’ is more or less ready the colours are altered to create a fictional scene. Or perhaps an even more fictional scene, as in the case of the dioramas. Gibbons was one of the first images from the series, the one where I knew it would work. I had an idea to create multi-coloured scenes that worked as a magical kind of Shangri La: reflecting our fictionalised, rose-tinted idea of the natural world, and also our disconnection from it.

Do you always create work as a series rather than individual pieces and does this suggest that you’re exploring different perspectives on an idea within a series?

Yes, so far I’ve always worked in series or typology. The projects tend to work as a kind of photographic ‘investigation’ of a given subject, followed by a lot of post-production or digital paintwork and then thinking about the work as a project is finished. I have an inkling of something I want to explore, very often through reading history books, then things happen on the journey: what or who I photograph and the stories and ideas I learn along the way. Typologies often appear to reveal ideas in series. That said I am hoping to return to painting soon and I’m thinking about single images again.

I like it when the work asks questions rather than gives answers or concrete statements. That seems to be an overriding idea behind art. I think there is a more direct idea with Eremozic but again it hopefully allows discourse around several ideas: our disconnection from the natural world and various fictions around that idea. I’m not sure about reaching people – once the work is out in the world it’s on its own! But I do very much hope Eremozoic will connect with some people and they understand the message is very serious.

I think history allows us to look at the present a little more clearly. My previous projects aim to reanimate historical subject matter but I’m never quite sure how the work will pan out. Re-enactors (2009) started as an idea photographing my childhood toys and soldiers but in 1/1 scale, and ended up being a project about how we collectively think about the history of the war, which country you are from, how your grandparents felt about the war, and so on. History allows us to stand back and take stock, but it’s also a strange place to explore. It keeps changing!

Eremozoic is a radical departure from previous work in that it’s a kind of direct activism, rather than a passive exploration of a subject. My aim was to find a way to deliver some unpalatable truths: we are destroying the natural world at breathtaking speed. 30,000 species go extinct every year due to human activity and it’s sped up rapidly. It’s not going to end well, and very few people seem to be aware or interested. The white rhino has been around for seven million years and now due to human activity, there are only two females left. I think this is the news of the world, not Brexit.

When I was at college we had a great tutor who suggested we pictured an empty gallery with nothing on the walls. No one but yourself would ever see the work and that’s the work you have to make. I always loved that idea. So, it’s usually important that I am the audience and if anyone else is interested in the work then that’s a bonus. That said, with ‘Eremozoic’ it was different.

The idea was to make work that caught people’s attention. A few years ago I visited a natural history museum which was completely packed to capacity: you could hardly move for people. However, there was one exhibition about extinction without a single person in it. People would start reading the introduction and quickly walk off to see the T Rex, an animal that’s been extinct for sixty-six million years. Not much interest in current events. At that point, I decided to make some work that would attract attention in the first instance. It should be bold, dramatic and hopefully very eye-catching to reach the widest audience possible. Then hopefully some will read the text and understand the scale of the problem we’re facing.