Being Danish Makes You Happy

Genetics could be the key to explaining Denmark’s levels of happiness, according to research from the University of Warwick 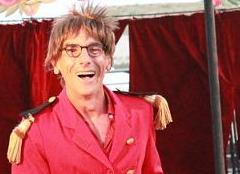 [dropcap style=”font-size:100px; color:#992211;”]N[/dropcap]ature or nurture, the jury is out. But being Danish gives you a competitive advantage when it comes to the serious business of being happy.

Unless you’re Tollund Man, Hamlet or that miserable long-faced sidekick from The Killing, natch.

Genetics could be the key to explaining nation’s levels of happiness, according to research from the University of Warwick.

Economists at the University’s Centre for Competitive Advantage in the Global Economy (CAGE) have looked at why certain countries top the world happiness rankings. In particular they have found the closer a nation is to the genetic makeup of Denmark, the happier that country is. The research could help to solve the puzzle of why a country like Denmark so regularly tops the world happiness rankings.

Dr Eugenio Proto and Professor Andrew Oswald found three forms of evidence for a link between genetic makeup and a nation’s happiness.

Firstly they used data on 131 countries from a number of international surveys including the Gallup World Poll, World Value Survey and the European Quality of Life Surveys. The researchers linked cross-national data on genetic distance and well-being.

distance from Denmark, the

Dr Proto said: “The results were surprising, we found that the greater a nation’s genetic distance from Denmark, the lower the reported wellbeing of that nation. Our research adjusts for many other influences including Gross Domestic Product, culture, religion and the strength of the welfare state and geography.

The second form of evidence looked at existing research suggesting an association between mental wellbeing and a mutation of the gene that influences the reuptake of serotonin, which is believed to be linked to human mood.

Dr Proto added: “We looked at existing research which suggested that the long and short variants of this gene are correlated with different probabilities of clinical depression. The short version has been associated with higher scores on neuroticism and lower life satisfaction. Intriguingly, among the 30 nations included in the study, it is Denmark and the Netherlands that appear to have the lowest percentage of people with this short version.”

The final form of evidence looked at whether the link between genetics and happiness also held true across generations, continents and the Atlantic Ocean.

Professor Oswald said: “We used data on the reported wellbeing of Americans and then looked at which part of the world their ancestors had come from. The evidence revealed that there is an unexplained positive correlation between the happiness today of some nations and the observed happiness of Americans whose ancestors came from these nations, even after controlling for personal income and religion.”

He added: “This study has used three kinds of evidence and, contrary to our own assumptions when we began the project, it seems there are reasons to believe that genetic patterns may help researchers to understand international well-being levels.

“More research in this area is now needed and economists and social scientists may need to pay greater heed to the role of genetic variation across national populations.”

Next Story:
Wolves in the Throne Room : Celestite