A Commonwealth Of Homophobia 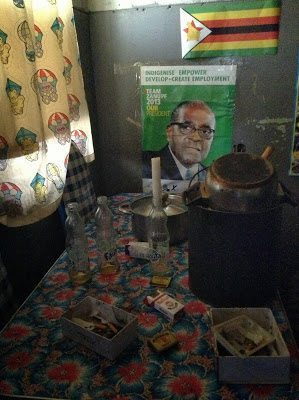 [dropcap style=”font-size:100px; color:#992211;”]I[/dropcap]f the notion of ‘The Commonwealth’ doesn’t already make your hackles rise and the red mist of the dispossessed colour your vision, then the following report probably won’t either.

For the rest of us – post-colonial states’ attitude to homosexuality may be the moment where we grudgingly admit to the continuing responsibilities of the ancien regime. Sort it out now please.

As the Commonwealth Games get under way in Glasgow, it highlights that the modern Commonwealth of Nations is home to not only some great athletes, but also some of the most homophobic countries in the world.

Of the 80 countries which still criminalise homosexuality; over half belong to the Commonwealth, with the geographical spread including Africa, The Americas, Asia and the Pacific.

Monash University research published this week in The Alternative Law Journal, states that 42 of the 53 countries that make up the Commonwealth continue to criminalise homosexuality, and these laws pose a serious threat to the lesbian, gay, bisexual, transgender and intersex (LGBTI) community.

Lead researcher, Dr Paula Gerber from the Castan Centre for Human Rights Law, said it was clear that in many Commonwealth countries, particularly Africa, the criminalisation of homosexuality posed a serious danger to sexual minorities, especially gay men.

“Laws in many Commonwealth countries violate the basic human rights of the LGBTI community and in areas such as Asia and The Americas, the situation is only getting worse,” Dr Gerber said.

“Jamaica treats homosexuality in the same way as bestiality, Brunei has recently introduced death by stoning, and the Supreme Court in India has re-criminalised homosexuality,” she said.

Across the nations in the Commonwealth, 89 per cent of African countries criminalise homosexuality; in Asia the figure is 100 per cent, with the Americas at 85 per cent and the Pacific 64 per cent. However there are some Commonwealth countries in these regions, such as Bahamas, that have decriminalised homosexuality as a way of combating HIV/AIDS and also out of fear of losing the foreign aid they receive.

Dr Gerber said that with all Asian Commonwealth countries still criminalising homosexuality, the situation in our region is dire. A recent survey found that 85 per cent of people in Pakistan and 88 per cent in Malaysia believe homosexuality is unacceptable.

“The criminalisation of homosexuality in these countries stems from old colonial laws, but today homophobia tends to come from religion; Malaysia with its Islamic beliefs and Sir Lanka with a majority Buddhist population,” Dr Gerber said.

The Commonwealth of Nations adopted a new charter in 2013 in the hope of modernising the organisation. It states that today the Commonwealth represents a gathering of like-minded countries with ‘shared values and principals of concern for the vulnerable’, yet a prohibition on discrimination on the grounds of sexual orientation and gender identity was omitted.

Dr Gerber said the failure of the Commonwealth of Nation’s to address LGBTI rights is significant.

“This omission from a modern charter is incredibly striking, one that doesn’t reflect the contemporary understanding of prohibited grounds of discrimination. The supposed respect for human rights in the charter flies in the face of the treatment of the LGBTI community,” Dr Gerber said.

“But there are things that can be done to try and change this. The United Nations can play a crucial role in achieving reform through constructive dialogue with states, and civil society by engaging influential states that are resisting reform.”

Dr Gerber believes that by concentrating efforts in these areas, law reform for the LGBTI community could be possible.

“There is no hope of achieving respect and equality for LGBTI people while they are still treated as criminals. The priority must be repealing these odious laws. Then we can look at achieving equal rights through anti-discrimination laws and policies, and widespread human rights education programs that address diversity in sexuality and gender identity and expression.” Dr Gerber said. 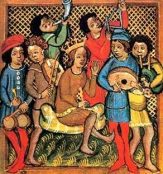 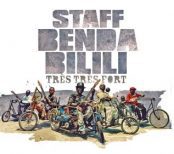