On Troubadours, Sufism and Robert Graves

The original medieval troubadours, who expounded the art of Courtly Love through poetry and song and who were embroiled with the heretical ideas of gnosticism and Catharism, owed their existence to Sufi mystics 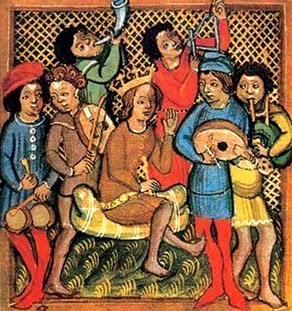 [dropcap style=”font-size:100px; color:#992211;”]L[/dropcap]ike many people I know, I never had any idea what I wanted to do when I grew up, but in my teens I nursed a secret wish to be a medieval troubadour.

It probably had a lot to do with reading fantasy fiction, such as Robert Silverberg’s Lord Valentine’s Castle and Hans Bemmann’s odd but beguiling fairy tale, The Stone and the Flute.

What could be finer than to be a minstrel, wandering carefree from place to place, mandolin on your back, singing songs of love? To a certain extent, that’s exactly what I did… 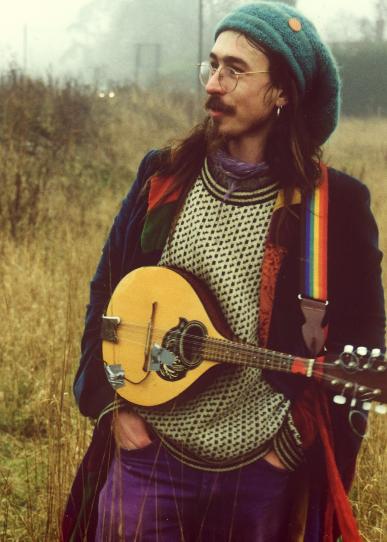 …and what I do still, despite the rather obvious impediment of having been born nine hundred years too late.

According to the poet Robert Graves, the original medieval troubadours, who expounded the art of Courtly Love through poetry and song and who were embroiled with the heretical ideas of gnosticism and Catharism, owed their existence to Sufi mystics wandering up from Moorish Spain. Here’s what he says in his Oxford Addresses on Poetry of 1961:

The troubadours’ real debt was to Sufism…. By the twelfth century, Morisco lutanists clad in motley and with bells on their ankles, had gone through all Provence singing love-ditties based on the Persian; from these the troubadours it seems, learned their code of behaviour.

Now I’ve learned to take anything Robert Graves says with a large pinch of salt. Never one to let fact get in the way of what he called ‘poetic truth’, he was of that patrician school whereby if you say something loud enough and with sufficient force, it must be true. I’m not sufficiently well-versed in medieval history to tell you if he’s right or not.

But lately I’ve been listening to the music of Saieen Zahoor and starting to wonder if Graves wasn’t onto something. Zahoor is a Sufi not from Persia but Pakistan and sure enough, wanders the world, dressed in motley with bells on his ankles, singing songs of love; though his ‘love-ditties’ (as Graves rather patronisingly put it) are in fact ancient and passionate devotional songs in praise of God. There’s an intensity to both his extraordinary voice, and the droning, repetitive lines of the tumbi, that I find utterly transporting. Here’s an early recording of him and I recommend listening to it in its entirety (music starts at 2.37).

Next Story:
A Commonwealth Of Homophobia