Unfortunately, it refers in this case to the pressures on water usage caused by China’s accelerated industrialization. Never mind, they can always buy all the water in Angola, Madagascar, or whichever downtrodden ex-colony chooses to chase a buck or two next.

China’s richest provinces have an outsized environmental impact on the country’s water-scarce regions, according to new research from the International Institute for Applied Systems Analysis (IIASA) and the University of Maryland.

Many developed regions in China are not only drawing from their own water resources but also contributing to water depletion in other water-scarce regions of the country through imports of food and other water-intensive goods, according to the new study published in the journal Environmental Science & Technology. This has environmental impacts and potential future impacts on water availability for the entire country. 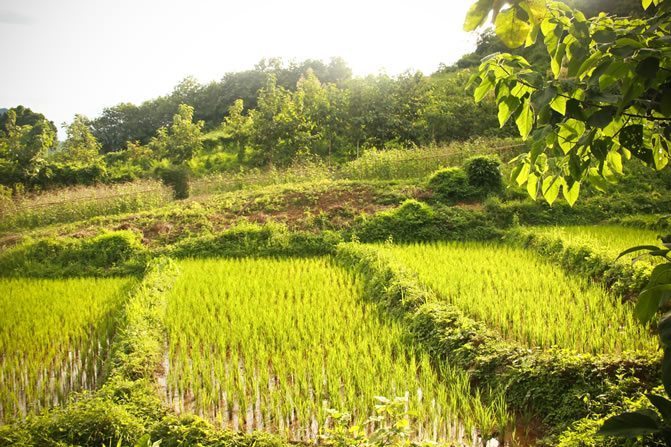 The new study used the concept of “virtual water,” an economic concept used to track water flows through trade, to track how water is traded through agricultural products and other goods that require water to produce. But while previous studies of water flows had treated all water equally, the new study accounts for water scarcity.

“When goods and services are exchanged, so is virtual water,” explains IIASA and University of Maryland researcher Laixiang Sun, a study co-author. “For example, it takes about 1,600 cubic meters of actual water to produce one metric ton of wheat. When a country or region imports a ton of wheat instead of producing it domestically, it saves most of that.”

In China, water resources are distributed unevenly, with ample water in the wealthier southern region, and scarce water in most northern provinces. The study shows that trade between these water-scarce regions tends to draw more sharply on water resources in the less developed, poorer regions. For example, the provinces of Shanghai, Shandong, Beijing, and Tianjin import large amounts of virtual water at the expense of less-developed provinces such as Xinjiang, Inner Mongolia, and Hebei.

“Importing water-intensive goods from one water-scarce region to another doesn’t solve the problem of water scarcity—it just shifts the pressure to other regions,” says co-author Klaus Hubacek, a researcher at the University of Maryland and an alumnus of the IIASA Young Scientists Summer Program.

Sun adds, “With the fast growth of China’s economy, and increasing urbanization, this trend is likely to continue in the next few decades.”

Recognizing the problem of water scarcity, China has launched a multi-billion dollar water transfer project to divert water from the South to the North. But the authors suggest that replacing imports from the North with goods produced in the South could be a more efficient solution to the problem.

The researchers say that their new study lays the groundwork for smarter water resource management. Says Sun, “This is the first study that incorporates water consumption, water scarcity, and ecosystem impacts into an analysis that conveys the pressures on water resources. Using virtual water as a policy tool only makes sense if you take water scarcity into account.”