Essentially, they need to be detained Clockwork Orange-style with their eyelids clamped open and forced to watch the New York Dolls until their guyliner runs 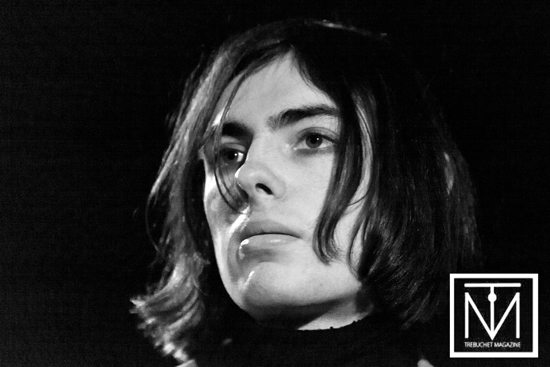 They were snapped up and signed by Heavenly after being together for only slightly longer than one of their hotly-tipped singles.  A debut album produced by Edwyn Collins is imminent. They seem unable to put a pointy booted foot wrong.

Music journalists haven’t been this excited since they discovered The Horrors.

There was an air of expectation at The Lexington.  The night was part of the Drill festival, arranged by post-punk band, Wire. One of their members, Colin Newman played with his wife, Malka Spigel, as main support. But the overriding feeling was that the other bands were just marking time before the main attraction.

Charlie Boyer’s distinctive vocal style, sounding like he’s just downed a pint of bleach then inhaled helium gas, is a far cry from the glottal stops of your average indie guitar band singer.  His voice has been, quite justifiably, compared to Television’s Tom Verlaine.  Think of a harsher sounding, non-camp Brett Anderson with a touch of The Buzzcocks’ Pete Shelley put through a cheese grater and you’re nearly there.

a bass guitarist in

Cunningly they have a look that could be meticulously planned but could be effortlessly thrown together – glossy hair with just the right amount of ruffle, a bass guitarist in a Northern Soul t-shirt, smart but understated preppy turtleneck chic.

But their music has far more depth that one might expect, and there’s a lot more than merely post-punk going on here.  For one thing, the overall sound is much heavier than the usual tight-trousered fare. The bass has just the right level of distortion to underpin the sound with a solid glam rock foundation and the keyboards lend a flavour of 60s psychedelic pop.

Meanwhile the guitars swing from the powerful simplicity of 70s three-chord walls of sound, to 80s indie jangliness reminiscent of The House of Love in their heyday, to 90s new wave revivalism Elastica-style.

And there’s more.  The songs are perfectly structured guitar pop with the right chord changes in the right places, making them catchy without being over predictable, and certainly sufficiently danceable to make the playlist at indie club nights throughout the land.

During that broken guitar string crisis moment that every band dreads, permanently straight-faced Charlie tensely asked if anyone in the audience had a spare guitar that he could borrow.  Thankfully one was forthcoming, but it can’t be long before there are enough pennies in the bank to buy him a second guitar. 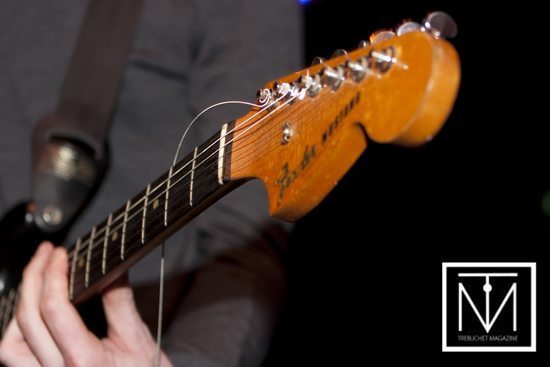 For a band so hyped, there was a distinct lack of arrogance in their stage presence and at times a bit more in-your-face rock ‘n’ roll swagger would have enhanced the performance.  There is a danger that coolness can spill over into coldness, and an injection of anger, passion and humour could elevate them from the self-conscious tick-box checklist perfect guitar band to cult heroes in the making.

Essentially, they need to be detained Clockwork Orange-style with their eyelids clamped open and forced to watch the New York Dolls until their guyliner runs and they smash the screen into a million pieces.

Rumours that they are as hip as The Modern Lovers are much exaggerated.  But they could well be the new Suede.

Photos: Carl Byron Batson
Charlie Boyer and the Voyeurs were at The Lexington, March 21st