censorship has been operating under spectacular circumstances. There is no point pretending that censorship in the 21st century is over 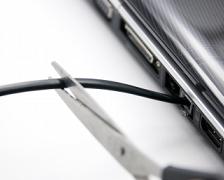 I have opened this article in such a fashion because my esteemed editor has told me that I have to write from the gut instead of from the head. So I thought I would open proceedings by declaring outright that the spectre that has been haunting the world over the past decade has now been abolished.

Of course it is not my place to abolish spectres as I am not a presenter on one of those programmes about haunted houses on the television. The spectre was paraded to us on our television screens as today’s Fungus the Bogeyman, the successor to communists, spies, saboteurs, reds under the beds (one one side of the bipolarised Cold War equation) and capitalists, running-dogs, imperialist lackeys (on the other). I do not wish to denigrate the suffering of anybody whose family members have died at the hands of attacks, whether deemed terrorist or otherwise, over the past decade. What I am saying, instead, is that the spectacle of the Bogeyman we were presented with, which was used to manipulate our very deep fear responses, has been steadily abolished through everything from the work of Adam Curtis to Chris Morris. A neuroscientist might mention the amygdala at this juncture, but I am not a neuroscientist.

What interests me the most is the way in which censorship has been operating under these spectral and spectacular circumstances. There is no point pretending that censorship in the 21st century has run on its old mechanics: there is no Lord Chamberlain telling Joe Orton he has to remove a swear word from one of his plays, and no need for one. That does not mean, however, that we have been living in a time of freedom of expression. We most palpably have not. There have been all manner of legislative curbs on freedom of expression around the world – far too many to list in this short space. These are, however, secondary. The primary form of censorship has been far more pervasive and far more potent and has worked through thought policing where the battleground of expression is not in the public realm, such as a playhouse, but is instead inside the minds of all of us. It concerns the very framework of thought in which statements and questions have been allowed to be formulated.

Over the past decade this framework has been consistently narrowed and the Foucauldian discursive field within which we have been allowed to ask questions and make statements has relentlessly diminished. Under the spectre of our 21st century Fungus the Bogeyman there has been a constant process of elimination not only of ideas but of conversation itself. Today, the notion of telling a playwright to remove a line from a play is farcical in its crudeness. It is far more powerful to remove the potential for the play to be written in the first place – nobody will want to go and see it because it is too challenging; it will not make any money; it does not conform to that hotch-potch and pottage and bilge of half-truths, gossip, rumours, bad thinking, ‘celebrity news’, doublethink, unspeak, newspeak, double-binds and confusion that has formed the so-called orthodoxy of the past decade.

Once this process is in operation, censorship becomes as embedded as a journalist in a warzone.

Censorship becomes daily life. Censorship operates without the need for a censor because it has already policed away a vast panoply of conversations that might otherwise exist. It works very simply: those who ask questions or make statements outside that narrow little hotch-potch of disordered fear responses masquerading as a representation of the world are simply ignored, isolated, marginalised, impoverished, and written off as insane or as pariahs. The decline of open conversation involving a free and respectful interchange and exchange of ideas is similar to the decline of species in an ecosystem. What was once rainforest can turn all too rapidly into desert. George Orwell wrote in “Politics and the English Language” that the English language in his day was in a bad way. What would he have made of our times? Sinking under what Stephen Poole calls unspeak, textspeak, and the fear within the self that is the ultimate tyrant, it has seemed at times that there was hardly an English language left at all, just incoherent mumblings with a special booby prize where the most incoherent is evicted from the gameshow. The worst aspect of all in this process is that people can all too quickly adapt to it, believing that the planet was desert all along, and that there was never once a rainforest of conversation, debate, dialogue and ideas without a Bogeyman staring down and making everybody ludicrously frightened of their own next-door neighbours and their own belly-buttons.

I shall end with a very small example. I discovered yesterday that a radio station in my country was hosting a ‘phone-in discussion’ asking the question of whether somebody who had drunk too much alcohol should be jailed for 24 hours. One need not bother tuning in because one can already hear the conversation which has been policed down to the narrowest and most uninteresting margins – yes I agree, no I don’t agree, with fifteen unexciting subsidiary reasons why. The process of censorship has operated before the ‘discussion’ begins. One does not ask what alcoholism is, whether it is a disease or a crime, whether it is a cause of problematic behaviour or a symptom, what the nature of addiction is, whether addiction is the by-product of deeper social problems – housing, employment, and so on. Nobody would ever bring Samuel Butler’s “Erwehon” into play, where disease is treated as a crime and crime as a disease. The discourse of repression and fear has already enforced its own narrow view of the world – a view of threats and dangers and enemies and problem people and its smorgasbord of punishments, punishments, punishments.

When I went to Oxford University in the mid 1990s to study history I did an entrance exam to get into the place. It was a beautiful exam from my perspective because it asked me massive, macrocosmic, open questions (“what is the role of gender in historical change?”) and then allowed me the space to answer the question in whatever way I saw fit using any sources I had read. That exam was abolished a number of years ago on the grounds that it helped students from private school backgrounds. That may or may not be the case and I am not interested in producing a polemic on that subject – what interests me instead is the that particular way of thinking and discussing, where the grand vistas are allowed, and where real plurality and heterogeneity of thought is openly encouraged rather than repressed. The nightmares of the Bogeyman have been useful in getting all of us, whatever school we did or did not go to, to spend our whole lives having Lilliputian dialogues about whether the piece of string that we hang ourselves with should be either fourteen millimetres long or thirteen and a half. This has been our 21st century freedom of expression.

Nikita Khrushchev moaned that historians were dangerous and needed to be watched because they had a nasty tendency to turn things topsy-turvy. I noted recently a news article that suggested that history graduates, on average, earn less after graduation that if they had not bothered getting a degree. This is a shame, since when there are vapid spectres floating about in nightly televisual horror films the historian can usually spot the silliness at work pretty quickly as the historian has spent a lot of time studying the subliminal mechanics of past propaganda. It is high time things were turned topsy-turvy and we all remembered what it is to talk to our next-door neighbours, discuss life, share ideas, talk about big ideas, throw in questions and make each other laugh by making jokes. 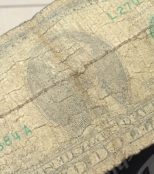 Previous Story:
All or Nothing: Interview with Matthew Devereux