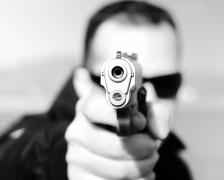 I do not know who was responsible for the events of 11th September 2001. I am not going to state that I do know, and state who it was, because I do not. What I do know is that the events of that day, which I watched on television screens whilst working at a television company in London, have had profound ramifications on the near-decade that has followed since. One of the ramifications on a personal level was that quite rapidly that event and the reportage of it, along with other experiences, made me realise I did not want to work in contemporary mainstream media.

The question of who was responsible for those events matters enormously. It has been one of the most important questions of our times. There has been an enormous amount of talk and speculation about it and yet the events of that day still hang over our world like a shadow. The latest controversy over what should be built on the site of the former World Trade Centre is, merely, yet another episode in what has been nine years of controversy, contention and conflict, with the event having been used as the justification for an era that some branded the ‘war on terror’ and others branded the ‘long war’. That ‘long war’ has already been quite long enough.

As the events of 11th September 2001 pass into history it becomes easier, psychologically and collectively, to cope with them. The events of that day are, ever more rapidly, becoming part of history, though scars remain. It is a good time for us to have what the Americans might call ‘closure’ on the matter. Collective discourse, conversation, debate and discussion has been hugely and negatively affected by the events of that day. One of the most pernicious aspects of the poisoning of the period after it included the confusion of the process of asking a question and making a statement. Asking a question, whether it is “was the US government responsible for the event?” or “was the US government not responsible for the event?” or “was the US government partially responsible for the event?” is not the same thing as making an assertion.

Of course, questions can be leading. Simply focusing on one aspect in the formulation of the question might possibly mean that we have an underlying bias in our view of the matter. If, for example, I ask “was the US government responsible for the event?” I might perhaps show that I think there was a higher probability than 50% of this being the case, whereas if I ask “was an international terrorist organisation in no way connected to the US government responsible for the event?” then I might perhaps show that I think that that postulate has a higher probability than 50%. However, this is not necessarily the case. A free, open, pluralistic discourse would allow the space to ask as many questions from as many angles as possible without them necessarily being interpreted as statements masquerading as questions.

It was notable that those people who even asked the question about US governmental complicity were instantly described as ‘conspiracy theorists’ as a pejorative. This was language used to limit and remove debate. Everybody who has expressed any view on the matter is a conspiracy theorist in the sense that they all refer to some possible set of people having conspired to create the event in question (unless one assumed it was created by extraterrestrials or something similar). A discourse divided into ‘conspiracy theorists’ who are scapegoated and vilified and their opponents is not a healthy discourse. It is a polarised discourse where people talk ever more loudly and listen ever less to what each other say.