Hurry Up and Wait: The Fine Art of the Celebrity Interview

Egos, gaffes, junkets and giggles: dealing with Hollywood’s finest is a tricky business

[dropcap style=”font-size:100px; color:#992211;”]T[/dropcap]here’s an acidic saying, occasionally uttered by temperamental British stars who’ve been waiting ages on set for the camera crew to be ready.

The subtext, if needed, is that stars have less time than you or me, so let’s get a move on. That’s now the millennial problem confronting journalists at a press junket: Time Famine.

Face to face with a movie star, the correspondent might have just minutes to ask about their new film, garner soundbites on Trump, the Kardashians, Oscar buzz, and also try and squeeze in some personal questions right at the end.

Oscar winners know that, if they choose, they can stretch out two answers over five minutes, thus avoiding any probing questions. Or be so abstract that the interviewer is scratching their head post interview wondering what the hell just happened.

I had a delightful time interviewing John Malkovich in Moscow for Transformers 3. Charming, erudite, talented; a brilliant actor. However, my 10-minute interview covered only John’s passion for designing menswear and how important it was to select the right material to authenticate the artisan look. Not even a name check on Optimus Prime.

In 12 years covering press launches, premieres and visiting sets, it’s become clear that it’s not the interview that counts, but building rapport with the star. Any celeb can answer questions honestly but still sound like Stephen Hawkins. Not the desired effect. Unless they’re Stephen Hawkins.

Rapport comes from trust, respect and a little bit of cheekiness. 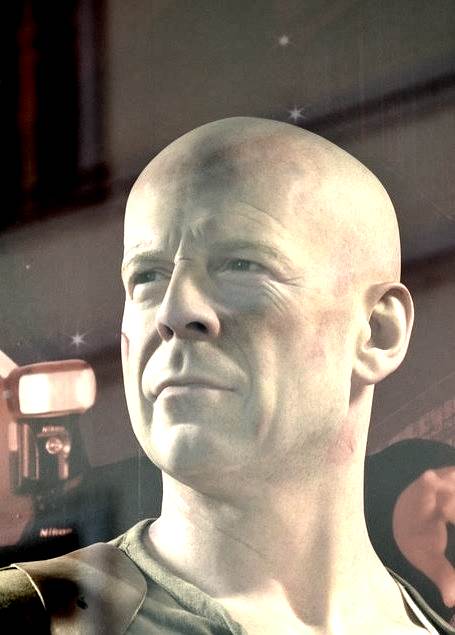 The first time I interviewed Bruce Willis didn’t go well. I happened to be the first guy with a camera crew to ask him about his ex-wife Demi Moore’s wedding the previous weekend (to the much younger Aston Kutcher). He quite understandably gave me a death stare and walked off. Imagine my delight when I discovered I had a big sit down interview with the Die Hard action hero three days later.

A junket entails being in a hotel suite with film crews, stressed like a coiled spring, waiting for the star to arrive. Ready at a moment’s notice to spring into action. Hours of boredom interspersed with flurries of panic.

A publicist provides updates of how far away the star is, and once they arrive the interviewer has a few rare off-camera seconds to establish some kind of understanding with the actor. This is the time to spark some type of dialogue with the interviewee.

On this second occasion with Bruce, there was no chat, just his toying look of a cat sizing up a mouse immediately before ACTION was yelled.

‘So Bruce, firstly I wanted to apologize for our rocky start last week. I am genuinely a big fan of your work, is it possible we can start afresh and I can ask some respectful, professional questions about you and the film?’

Thirty seconds of junket time was used by Bruce contemplating an answer.

‘Thanks, Bruce. So what do you wear, boxer shorts or briefs?’

If you have ever seen somebody working out a tough maths problem in their head then getting the right answer quickly, you will go some way to picturing Bruce’s reaction. Suspicious puzzlement followed by amused anticipation, as he realized that this interview might go pleasingly off-script. Yippy Ky Ay!

The outcome? Bruce Willis roared with laughter, the interview was great and overran by five minutes. Since then Bruce has never failed to stop to chat to me, even if he ignores the other presenters on the red carpet.

By the way, if you’re interested, Bruce wears briefs.

Next Story:
Right Behind You…oops! More Crashes When Following Friends