Can We Make Tomatoes Tasty Again?

Genetic selection for more sizable tomatoes has cost sweetness and flavor. How do we get it back?

Dismantling the aftermath of the post-war commercialisation and industrialisation of… well, everything, is going to take quite some time. If we have it.

Refreezing the icecaps and decarbonizing the atmosphere are right up there on the priorities list (for some of us – mostly under the age of sixty), but getting some tasty tomatoes rather than the hard globular symbols of TV dinner, gas guzzler, McMansion, environmental Valhalla 1950s ‘prosperity’ might be a good start.

Genetic analyses have revealed which genes are needed to reinstate the rich, original flavor of tomatoes, now absent in many grocery shelf varieties of this fruit.

Over the years, tomatoes have been selected for qualities such as size and firmness for shipping purposes, while selection for flavor has been overlooked, causing many modern varieties to lose their original taste.

With the aim of identifying the flavor-infusing genes that have been lost, Denise Tieman et al. sequenced the whole genomes of 398 modern, heirloom, and wild varieties of tomato. Also, 160 tomato samples representing 101 varieties were evaluated by a consumer panel that rated the samples on qualities such as “overall liking” and “flavor intensity.” The results of this consumer analysis pointed to dozens of chemical compounds of interest. 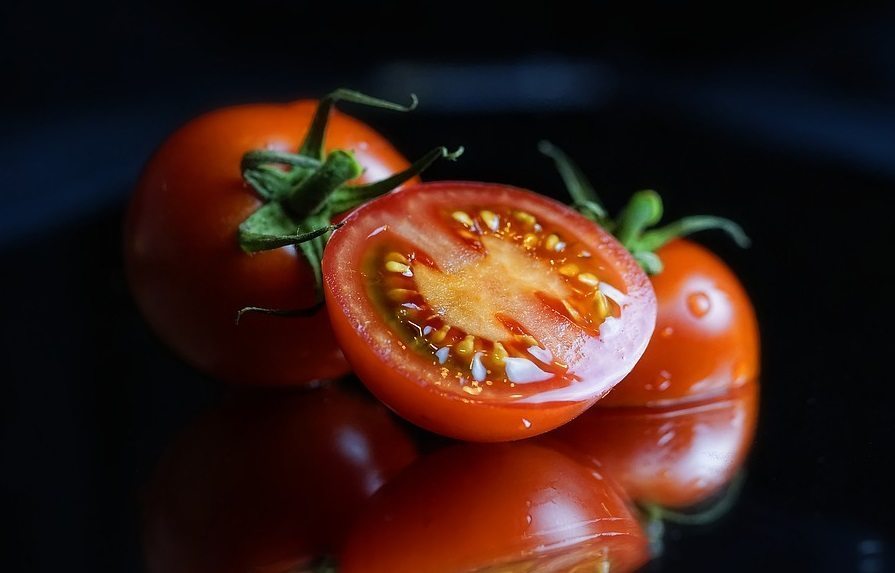 Using this information, the researchers were able to identify 13 chemical compounds associated with flavor that were significantly reduced in modern varieties relative to heirloom varieties; genetic sequencing data was used to identify the corresponding lost genes. Among other results, Tiemans found that smaller fruit tended to have greater sugar content, suggesting that selection for more sizable tomatoes, while it has indeed allowed domesticated tomatoes to grow, has cost sweetness and flavor.

Source: Eurekalert/American Association for the Advancement of Science

Next Story:
Among the Ruins (Altar of Betelgeuze)