Brudging the Issue With the EU Referendum

We keep getting what we deserve and we never ask why.

[dropcap style=”font-size:100px; color:#992211;”]O[/dropcap]
ne of the downsides of a politics obsession is the way it always comes down to late nights.

As a rule, these never go well for me. September 2014 saw me holding my eyelids open as Scotland chickened out of independence. May 2015 saw me say ‘sod this for a game of bleeding soldiers’ at around 04.30 AM as the General Election gave us a surfeit of Tories and I decided to get some sleep while Ed Miliband readied his resignation speech and finalised his much-deserved voyage into even greater obscurity.

Most recently, June 2016 saw me watch a slow-motion late night chipfat fire incident unfold as the country voted for too much oil and to pass out in the armchair, only to then forgot to put out the flames with a damp cloth as the kitchen was consumed in a conflagration of UKIP hubris and the sort of stupidity that could take the empty bromide ‘take back control’ at face value.

Now, far be it for me to mince my words, but Brexit is a fucking disaster. If it is fully realised, it will ruin us politically, economically and socially. We will end up a much diminished, stunted, inward-looking nation, full of spite and little Englander xenophobia.

Irony being as it is, I wonder if a lot of Brexit voters will end up in care homes having to share one arse-wiper per 100 reactionary old gits as the end to freedom of movement will severely restrict the number of people who will bring a smile and a bog roll to their grot. Karma, you may say, but for those who are 17 and under, and who did not get a say as their elders threw toys out of the pram and left them with the longest time to endure its side effects, I can only say ‘shame on the old’.

Because Brexit is just one of many recent examples of the old betraying the young in the UK – vastly overpriced housing, tuition fees, zero hour contracts, reduced social mobility and the creeping realisation that children will be poorer than their parents, it all demonstrates the black, ugly, money-grubbing heart of the nation. It’s a remarkable achievement, in a depraved sort of way. From Churchill and Attlee, for all their flaws, to Nigel Farage in just 70 years. We should have a party.

That said, I do not think the referendum should be ignored or re-run. You may gasp at this point and say ‘why?’ So here are some answers. Firstly, if you’re not stuck with the results of a referendum, what is the point of it? Though you can consider the result to be only technically advisory, this is only in the sense that someone telling you not to slap a wasp’s nest is also only ‘technically advisory’. Faith in politics is in the gutter already. Do we need to burrow into the sewers?

Secondly, if the British public want Brexit, let them have it – they have plenty of time to have buyers’ remorse as the principle of ‘you broke it, you bought it’ kicks in like a mule wearing Doc Martens.

Finally, we were lead into this train wreck by a bunch of hooray Henrys whose idea of a good time during their salad days was trashing restaurants and not having Boris Johnson’s bits done down the vets. Let Brexit be their legacy. Let their arrogance, stupidity and amateurish squabbling and gambling with the nation’s fate be their memorial, or at the very least, a cautionary tale for those who haven’t yet twigged that a PPE degree is just a polite way of having ‘TWAT’ tattooed on your forehead.

Ultimately, though, I don’t think Brexit will happen. It is too much of a minefield, far too much of a challenge for our political class. Remember, this is the same outfit that chickened out of answering the question in the first place by making the electorate do their job for them.

Whether you are pro-EU or anti-EU, at least acknowledge that referenda are cowardly, spineless affairs, where craven politicians pass the buck like a plumber who’s too scared to sort out your u-bend, so makes you do it while putting the fear of God up you over some Romanians.

Representative democracies are relatively healthy precisely because they spare the public the need to be political animals; most societies can cope with a few political weirdoes running amok, be they MPs, lobby hacks or bizarre creatures like myself, but if the referendum proved anything, it was that politics makes you go a bit odd. 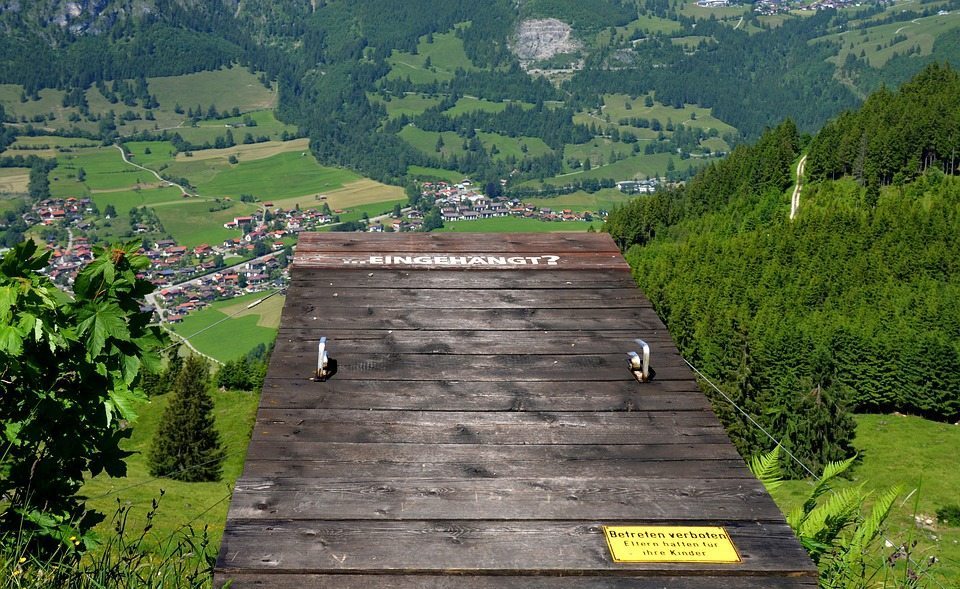 And if you do that on a national scale, you end up with people having ‘We Are The 48%’ marches or wondering out aloud about when all the ‘coloureds’ are going to be sent back, or mad, embittered ex-welders called Bobba, who have spent the last nigh-on 35 years living under a pile of fag ash, betamax cassettes and bitterness, suddenly sallying forth to spread their bile through the ballot boxes.

Apathy serves an important purpose – it stops too many nut-jobs voting. It is the dipshit filter that spares us from rule by people who think traffic wardens should be fed to the nearest kraken.

Still, doesn’t that mean Article 50 will be invoked? After all, we have the crushing weight of, err, 37.5% of the electorate being slightly larger than 34.6% of the electorate, which translates into a clear mandate to do… something. But the truth of the matter is that it will be a messy business, full of compromise, defeats, backroom deals, bargains with Beelzebub and the ugly realisation that things are never as clean-cut as a Daily Express editorial would have you believe.

Want the truth? You won’t get Brexit. You won’t get Bremain either, as the EU is going to make damn sure the Brits get a good kicking, and we will never, ever get the same terms we had before David Cameron demonstrated the same sagacity that entails leaving one of your children behind at a pub. Leaving the EU will lead to the break-up of the Union. Remaining will simply provoke the branch of the electorate who think being ruled from Brussels is beyond the pale, but having a bunch of Germans on the throne is perfectly fine.

Pitchforks, torches and pointless arguments on Twitter will, in any case, ensue.

So instead, we will have ‘Brudge’, where we end up with not quite a divorce but more a permanent fixture on a rather lumpy sofa in the spare room that even Norway refuses to stay in. The end result will annoy everyone – remainers and exiters alike – no one will get what they wanted, everything will be a bodge or a crushing disappointment or a casual betrayal. It won’t be the severing of ties the Brexiteers have dreamt of since they convinced themselves they were misled in 1975, and it won’t be the Ode To Joy Europhiles are dreaming of either.

It will be Theresa May seeing what the hell she can get away with, and that won’t be much. We will end up with a huge, ugly and impractical mess thanks to our complete inability to understand that we are a minnow in a pool of piranha. How very British. We keep getting what we deserve and we never ask why. It’s always someone else’s fault. But with the EU out of the equation, whom will we get to blame now?

Because, suffice to say, it won’t be us. In that sense, we have all become politicians, the true legacy of the 2016 European Referendum. Prepare for more sleepless nights.

Previous Story:
Can You Smell What it Looks Like? How Visuals Disrupt Memory

Next Story:
The Right Kind of Screen Zombie: iPads For Child Sedation