Professor Zhanyang Li, lead author of the research, called the statue, which is less than an inch long, a “missing link” in the art world. Bird representations are a theme in Chinese Neolithic art. The oldest example is a jade songbird from about 5,000 years ago. Professor Zhanyang Li, an archaeologist at Shandong University and lead author of the research, called the statue, which is less than an inch long, a “missing link” in the art world.

The bird carving was unearthed during sifting of a spoil heap in China by people digging a well more than six decades ago, the research, published in scientific journal PLOS ONE, explained. As well as finding the bird figurine in the refuse pile in Lingjing, Henan Province, Li’s team also discovered pottery shards and burnt animal bones.

Li said: “The perching bird sculpted from burnt bone is the oldest work of Chinese art. This discovery pushes back by more than 8,500 years the representation of birds in Chinese art. It also has several technological and stylistic elements distinguishing it from contemporaneous representations of birdlike creatures from Western Europe and Siberia, such as the pedestal on which the bird is perched. It identifies an original artistic tradition, and could be the missing link tracing the origin of Chinese statuary back to the Paleolithic period.”

He added: “Though more examples of Paleolithic carving art are needed to confirm this possibility, the Lingjing bird figurine suggests the presence of a longstanding artistic tradition specific to East Asia, with origins much earlier.”

European animal and human mammoth ivory carvings dating back 40,000 years are our earliest examples of 3D art by prehistoric humans. Li said: “Due to a lack of evidence, it’s unclear when this type of three-dimensional representation became part of the cultural repertoire of groups around the rest of the world. The remarkable discovery of a small standing bird carving from the Paleolithic site of Lingjing sheds further light on humanity’s earliest three-dimensional art.”

Art was born at least 100,000 years when our early ancestors began making personal ornaments, pigments and engravings. The origin of sculpture is less well known. 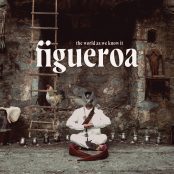