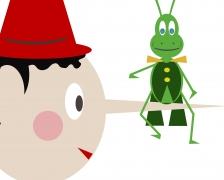 What is seen cannot be unseen, but you don’t have to cop to a cop – beat a lie detector test today.

Such tests, which are commercially available in the USA and are used by law enforcement agencies in several countries, including Japan and India, are based on the logic that criminals will have specific memories of their crime stored in their brain. Once presented with reminders of their crime in a guilt detection test, it is assumed that their brain will automatically and uncontrollably recognise these details, with the test recording the brain’s ‘guilty’ response.

However, research by psychologists at the universities of Kent, Magdeburg and Cambridge, and the Medical Research Council, has shown that, contrary to this core assumption, some people can intentionally and voluntarily suppress unwanted memories – in other words, control their brain activity, thereby abolishing brain activity related to remembering. This was demonstrated through experiments in which people who conducted a mock crime were later tested on their crime recognition while having their electrical brain activity measured. Critically, when asked to suppress their crime memories, a significant proportion of people managed to reduce their brain’s recognition response and appear innocent.

This finding has major implications for brain activity guilt detection tests, among the most important being that those using memory detection tests should not assume that brain activity is outside voluntary control, and any conclusions drawn on the basis of these tests need to acknowledge that it might be possible for suspects to intentionally suppress their memories of a crime and evade detection.

Dr Zara Bergstrom, Lecturer in Cognitive Psychology at the University of Kent and principal investigator on the research, said: ‘Brain activity guilt detection tests are promoted as accurate and reliable measures for establishing criminal culpability. Our research has shown that this assumption is not always justified. Using these types of tests to say that someone is innocent of a crime is not valid because it could just be the case that the suspect has managed to hide their crime memories.’

Dr Michael Anderson, Senior Scientist at the Medical Research Council Cognition and Brain Sciences Unit in Cambridge, commented: ‘Interestingly, not everyone was able to suppress their memories of the crime well enough to beat the system. Clearly, more research is needed to identify why some people were much more effective than others.’

Dr Jon Simons, of the Department of Psychology at the University of Cambridge, added: ‘Our findings would suggest that the use of most brain activity guilt detection tests in legal settings could be of limited value. Of course, there could be situations where it is impossible to beat a memory detection test, and we are not saying that all tests are flawed, just that the tests are not necessarily as good as some people claim. More research is also needed to understand whether the results of this research work in real life crime detection.’