Going Anywhere for your Hols? Basking Sharks like Winter Sun too.

[dropcap style=”font-size:100px; color:#992211;”]F[/dropcap]or such a bloody big beast, basking sharks manage to be quite the elusive mystery.

For centuries, marine enthusiasts have wondered where the gummy gentle giants go in winter, given that they seem to disappear without trace each Autumn.

It turns out that they go south, escaping the frigid northern waters for the beckoning call of sun-dappled beaches and exotic foreign plankton.

It is difficult, after all, to bask in the rain.

The winter habits of Britain’s basking sharks have been revealed for the first time.

Scientists from the University of Exeter have discovered some spend their winters off Portugal and North Africa, some head to the Bay of Biscay and others choose a staycation around the UK and Ireland.

Little was known about basking sharks’ winter behaviour as they spend little time at the surface and are often far from land, so the researchers used cutting-edge satellite tracking to carry out the most detailed ever study of their migrations in the north-east Atlantic.

It was once thought that the giant, plankton-eating fish hibernated in the waters off the UK and Ireland, but evidence in recent years has undermined this theory.

“Knowing where these animals are all year round allows us to understand the threats they face,” said lead author Philip Doherty, of the Environment and Sustainability Institute on the University of Exeter’s Penryn Campus in Cornwall.

“This is essential information if we want to protect them, especially as they swim far outside UK waters, meaning any conservation efforts must be international.

“In terms of man-made threat they may face, we tend to think of commercial fishing as the only danger to these animals, but other issues such as boat strike, marine litter, civil engineering and ocean noise might also have an effect.”

The researchers tagged 70 sharks and, of the 28 tags which continued transmitting for more than five months, they found most sharks either stayed near the UK or swam to the waters off Spain, Portugal and North Africa. A smaller number spent the winter in the Bay of Biscay, west of France.

Those which swam south left in late summer and autumn, and returned in spring and early summer.

“We don’t yet know whether individuals make the same migration each year or alter their behaviour based on factors such as body condition, reproduction and food availability,” said senior author Dr Matthew Witt, also of the University of Exeter.

“The primary drivers behind basking shark migrations are still unclear but they may include mating, searching for foraging grounds and finding water of preferred temperature.” 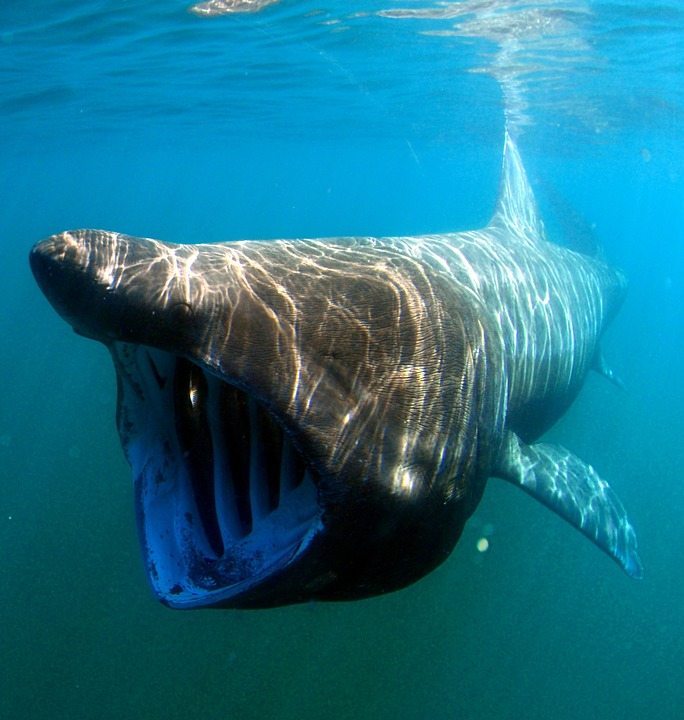 Dr Suzanne Henderson, of Scottish Natural Heritage, co-funder of the research, added: “This huge and mysterious shark has intrigued us as a nation for many years, and evolving tagging technology is now allowing us to piece together vital parts of their life cycle.

“This is shedding new light on their seasonal residency and winter migration, which is key to their conservation.

“Our partnership with the University of Exeter has confirmed that the Sea of the Hebrides is an important destination in the migratory cycle for the sharks and Scottish ministers are currently considering our proposal to designate it a Marine Protected Area to help the species.”

Basking sharks, the world second-largest fish species, are classified as “vulnerable” by the International Union for Conservation of Nature, but the north-east Atlantic population is officially “endangered”.

Basking sharks have been known to migrate across oceans, but scientists do not yet fully know why or how often they do this.

Next Story:
A Nuremberg Rally of One