A Wedding Without a Bagpipe is Like a Funeral

Bagpiping provides a route straight to the heart of another culture.

But when they tell me this I remind them that in all probability it’s the Great Highland Bagpipe they don’t like. For all its skirling power to move people to tears or to battle, the GHB is inarguably loud and comes bundled with a lot of military associations that many dislike.

Bagpipes, I go on, are indigenous to the Middle East, North Africa, the whole of Europe – east and west – and are found as far away as India. With 130 kinds of bagpipe in the world to choose from, why not check out the Bulgarian kaba gaida or the Cretan askomandoura or the Slovakian gajdy? You might find one you like.

Originating in Antiquity, bagpipes were the Fender Stratocaster of the Middle Ages. Their function has ever been to make people dance, preferably all night and till they drop. As they say in Bulgaria, “a wedding without a bagpipe is like a funeral”.

One of the many things I love about playing the bagpipes – in my case, the modern English border pipes – is that this ancient, obscure instrument acts as a kind of passport. I have bagpiping friends across the whole of the UK, but also in France, Germany, Belgium, Galicia, Greece, Estonia, Slovakia, Poland, Romania, Bulgaria, Belarus, Russia and the US. Consequently a warm welcome awaits me pretty much wherever I go.

We may have little in common. We may not be able to speak the same language. But music, and bagpiping, bring us together in common cause and act as a kind of shared language. Here’s one of my tunes, now, let’s hear one of yours. Oh I see: that’s how you ornament that tune.

Bagpiping gives me a route straight to the heart of another culture. As pipers we can talk about how life is for us, what matters to us individually and culturally, what makes us tick. How are things in your shoes?

I find this thrilling. I am insatiably curious. The prospect of meeting someone from another culture means opportunity, excitement, and the chance to learn something new.

Not everyone feels this way. My country has voted to turn inwards and leave the EU. It is not the result I wanted. 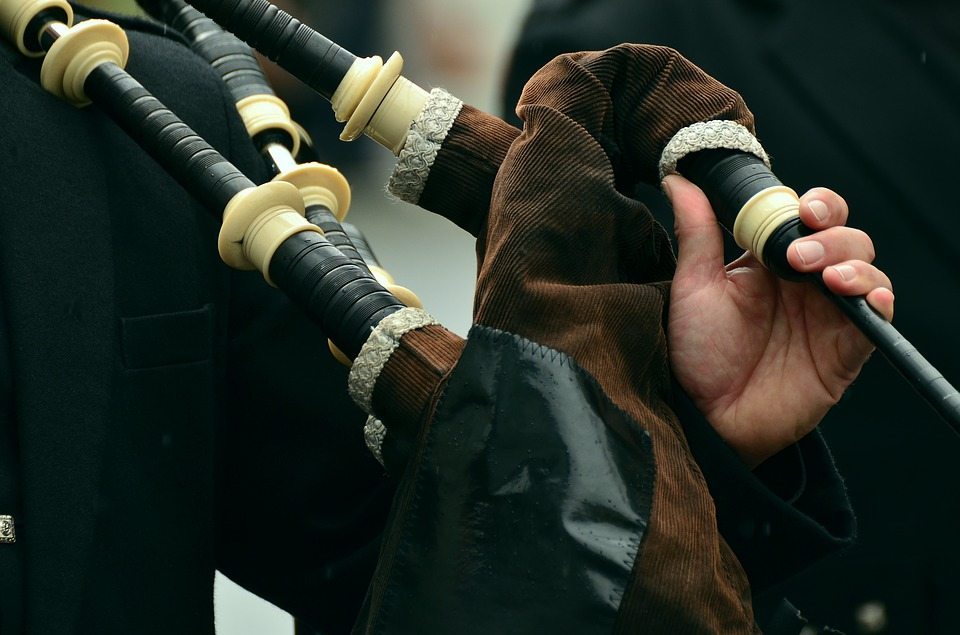 I’m not going to launch into a political speech here. I simply want to say in the coming months I fully expect insularity and fear of the Other to become predominant themes in British and European politics. They already are in America. That frightens me.

Now, more than ever, I think we need to find ways of reaching out across the arbitrary borders we construct around ourselves. That may be through political allegiance, artistic endeavour, religion and spirituality, gender and sexuality, music, or a nerdy interest in the bagpipes. How we do it doesn’t matter. We need to find the points of overlap.

If we don’t then I fear the hard won lessons of the twentieth century will go unheeded. Choosing certainty over surprise, the world will become a much duller and more scary place.

Next Story:
3D Print Your Own Music Career (Don’t Blame Us if it’s Short-Lived)