Can We Trust Autonomous Cars Yet?

To figure out if autonomous cars are safe, alternative testing methods are needed, RAND report finds.

[dropcap style=”font-size:100px; color:#992211;”]S[/dropcap]hiny bright
autonomous cars – the utopian transport of the future by which we’ll all travel safely under the guiding munificence of those lovely philanthropic chaps at Google.

Or stick to minicabs. They may be decorated like a Mughal harem and smell slightly like a ripe wheeliebin, but at least you won’t have to sit through a seven-minute autoplay advertisement sequence before you start, and the driver is unlikely to demand a detailed resume of your every movement and interaction for the past year, then sell it to GCHQ.

Under even the most-aggressive test driving assumptions, it would take existing fleets of autonomous vehicles tens and even hundreds of years to log sufficient miles to adequately assess the safety of the vehicles when compared to human-driven vehicles, according to the analysis.

Researchers say the findings suggest that in order to advance autonomous vehicles into daily use, alternative testing methods must be developed to supplement on-the-road testing. Alternative methods might include accelerated testing, virtual testing and simulators, mathematical modeling, scenario testing and pilot studies.

“Our results show that developers of this technology and third-party testers cannot drive their way to safety,” said Nidhi Kalra, co-author of the study and a senior scientist at RAND, a nonprofit research organization. “It’s going to be nearly impossible for autonomous vehicles to log enough test-driving miles on the road to statistically demonstrate their safety, when compared to the rate at which injuries and fatalities occur in human-controlled cars and trucks.”

According to the Center for Disease Control and Prevention, motor vehicle accidents are a leading cause of premature death in the United States and are responsible for over $80 billion annually in medical care and lost productivity due to injuries. . Autonomous vehicles hold enormous potential for managing this crisis and researchers say autonomous vehicles could significantly reduce the number of accidents caused by human error.

According to the National Highway Traffic Safety Administration, more t 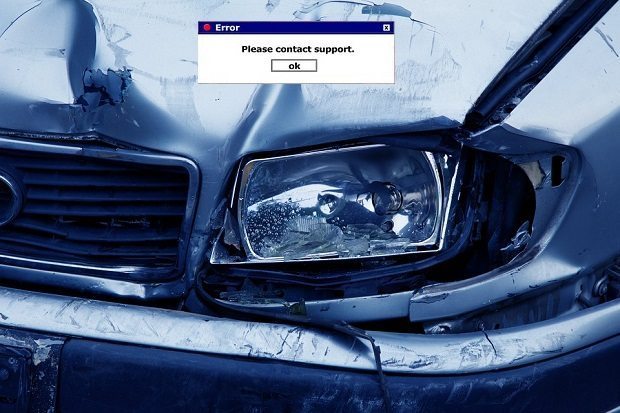 han 90 percent of automobile crashes are caused by human errors such as driving too fast, as well as alcohol impairment, distraction and fatigue. Autonomous vehicles are never drunk, distracted or tired; these factors are involved in 41 percent, 10 percent and 2.5 percent of all fatal crashes, respectively.

Although the total number of crashes, injuries and fatalities from human drivers is high, the rate of these failures is low in comparison with the number of miles that people drive. Americans drive nearly 3 trillion miles every year, according to the Bureau of Transportation Statistics. In 2013, there were 2.3 million injuries reported, which is a failure rate of 77 injuries per 100 million miles driven. The related 32,719 fatalities correspond to a failure rate of about 1 fatality per 100 million miles driven.

“The most autonomous miles any developer has logged are about 1.3 million, and that took several years. This is important data, but it does not come close to the level of driving that is needed to calculate safety rates,” said Susan M. Paddock, co-author of the study and senior statistician at RAND. “Even if autonomous vehicle fleets are driven 10 million miles, one still would not be able to draw statistical conclusions about safety and reliability.”

Researchers caution that it may not be possible to establish with certainty the reliability of autonomous vehicles prior to making them available for public use. In parallel to creating new testing methods, it is imperative to develop regulations and policies that can evolve with the technology.

Previous Story:
Madam Hillary: A Timeline of Serving the Powerful

Next Story:
Maser Lazar: Orbiting on the Periphery (Maser at Lazarides)