Difficulty in recognizing faces in autism linked to performance in a group of neurons.

Neuroscientists at Georgetown University Medical Center (GUMC) have discovered a brain anomaly that explains why some people diagnosed with autism cannot easily recognize faces — a deficit linked to the impairments in social interactions considered to be the hallmark of the disorder.

They also say that the novel neuroimaging analysis technique they developed to arrive at this finding is likely to help link behavioral deficits to differences at the neural level in a range of neurological disorders.

The final manuscript published March 15 in the online journal NeuroImage: Clinical, the scientists say that in the brains of many individuals with autism, neurons in the brain area that processes faces (the fusiform face area, or FFA) are too broadly “tuned” to finely discriminate between facial features of different people. They made this discovery using a form of functional magnetic resonance imaging (fMRI) that scans output from the blueberry-sized FFA, located behind the right ear.

“When your brain is processing faces, you want neurons to respond selectively so that each is picking up a different aspect of individual faces. The neurons need to be finely tuned to understand what is dissimilar from one face to another,” says the study’s senior investigator, Maximilian Riesenhuber, PhD., an associate professor of neuroscience at GUMC.

“What we found in our 15 adult participants with autism is that in those with more severe behavioral deficits, the neurons are more broadly tuned, so that one face looks more like another, as compared with the fine tuning seen in the FFA of typical adults,” he says. 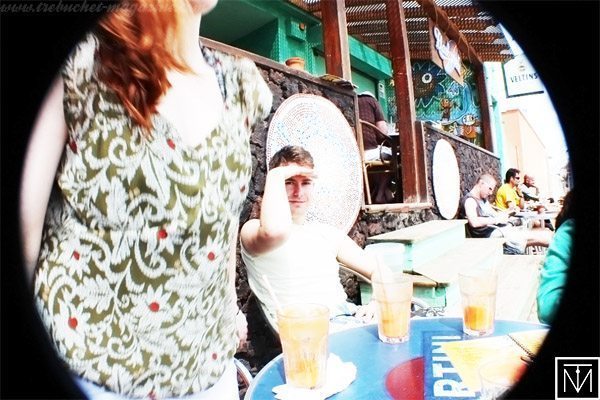 “And we found evidence that reduced selectivity in FFA neurons corresponded to greater behavioral deficits in everyday face recognition in our participants. This makes sense. If your neurons cannot tell different faces apart, it makes it more difficult to tell who is talking to you or understand the facial expressions that are conveyed, which limits social interaction.”

Riesenhuber adds that there is huge variation in the ability of individuals diagnosed with autism to discriminate faces, and that some autistic people have no problem with facial recognition.

“But for those that do have this challenge, it can have substantial ramifications — some researchers believe deficits in face processing are at the root of social dysfunction in autism,” he says.

The neural basis for face processing

Neuroscientists have used traditional fMRI studies in the past to probe the neural bases of behavioral differences in people with autism, but these studies have produced conflicting results, says Riesenhuber. “The fundamental problem with traditional fMRI techniques is that they can tell which parts of the brain become active during face processing, but they are poor at directly measuring neuronal selectivity,” he says, “and it is this neuronal selectivity that predicts face processing performance, as shown in our previous studies.”

“Local regional heterogeneity, or Hcorr, as we called it, is based on the idea that neurons that have similar selectivities will on average show similar responses, whereas neurons that like different stimuli will respond differently,” says Jiang. “This means that individuals with face processing deficits should show more homogeneous activity in their FFA than individuals with more typical face recognition abilities.”

They tested the method in 15 adults with autism and 15 adults without the disorder. The autistic participants also underwent a standard assessment of social/behavioral functioning.

The researchers found that in each autistic participant, behavioral ability to tell faces apart was tightly linked to levels of tuning specificity in the right FFA as estimated with Hcorr. This finding was confirmed by another advanced imaging technique, fMRI rapid adaptation, shown by the group in previous work to be a good estimator of neuronal selectivity.

“Compared to the more well-established fMRI-rapid adaptation technique, Hcorr has several significant advantages,” says Jiang. “Hcorr is more sensitive and can estimate neuronal selectivity as well as fMRI rapid adaptation, but with much shorter scans, and Hcorr can even estimate neuronal selectivity using data from resting state scans, thus making the technique suitable even for individuals that cannot perform complicated tasks in the scanner, such as low-functioning autistic adults, or young children.”

“The study suggests that, just as in typical adults, the FFA remains the key region responsible for face processing and that changes in neuronal selectivity in this area are foundational to the variability in face processing abilities found in autism. Our study identifies a clear target for intervention,” says Riesenhuber. Indeed, after the study was completed, the researchers successfully attempted to improve facial recognition skills in an autistic participant. They showed the participant pairs of faces that were very dissimilar at first, but became increasingly similar, and found that FFA tuning improved along with behavioral ability to tell the faces apart. “This suggests high-level brain areas may still be somewhat plastic in adulthood,” says Riesenhuber.