You only need to punch the beat into a drum machine once….

On learning that sea-lions, and particularly a certain Californian one called Ronan, are the only non-human animal that can really keep a beat going, we feel a spate of drummer jokes coming on.

All together now. How do you know when the stage is level?
The drool comes out of both sides of the drummer’s mouth.

How can you tell a drummer’s at the door?
The knocking speeds up.

How late does the band play?
About half a beat after the drummer.

What’s got three legs and an asshole?
A drumstool.

Whether it is Mozart, Hendrix, Miles Davis, or tribal drumming, few activities feel as uniquely human as music. And, indeed, for a long time, most scientists believed that Homo sapiens was the only species capable of creating and responding to rhythm and melody.

This view, however, was challenged profoundly in 2009, when a cockatoo called Snowball was shown to be an able dancer.

Snowball bopping along to pop songs clearly demonstrated that non-human species had the neurobiological apparatus required to process rhythmic stimuli and move in time them.

And now – following investigations that have shown that chimps, bonobos, parrots and budgerigars have similar capabilities – a study of a head-bobbing Californian sea lion called Ronan has provided data that may aid scientists in their quest to understand the biological roots of musicality.

Ronan was placed in captivity when she was about a year old after failing to thrive in the wild. Her new team of keepers had previously explored the cognitive abilities of sea lions, and in what was originally a side-project explored at weekends, Peter Cook and Andrew Rouse decided to see if Ronan could keep a beat.

Rewarding her with fish treats every time she successfully nodded along to a click track, Cook and Rouse eventually found that Ronan could beat-keep better than any other non-human animal. Later, she learnt to dance to pop songs too; her favourite is Earth, Wind and Fire’s Boogie Wonderland.

They published an initial report in 2013 documenting this skill, which included numerous control experiments that confirmed that she was truly responding to the rhythmic input. And now in a paper in Frontiers in Neuroscience, Rouse and the team take their analysis a step further.

“A lot of the work that has been done on beat-keeping in general – to show whether a person or an animal is entrained – has used an observational approach, which looks at how close the animal is to each individual beat,” explains Rouse. But such studies “don’t reveal any underlying cause.”

To probe the brain mechanisms responsible for beat-keeping, Rouse says you must, “get a person or animal moving to the beat, then change the rhythm suddenly and look at how they adapt to the change, how they find the beat again.”

This is what they did. After shifting either the tempo or phase of the click track that Ronan was bobbing her head to, the researchers carefully charted how her movements were recalibrated. Something they also did by playing Boogie Wonderland at different speeds. And then they tested if a simple mathematical equation could account for the data.

The equation they used was from the physics of coupled oscillators – which can be as stripped down as two swinging pendulums. Applying this to the brain, the theory behind the experiment is that to move in time to music, the neural activity in auditory brain centres first oscillates in synchrony with the rhythmic input and then this oscillation entrains an oscillation in the neurons of the motor centres that drive movement. 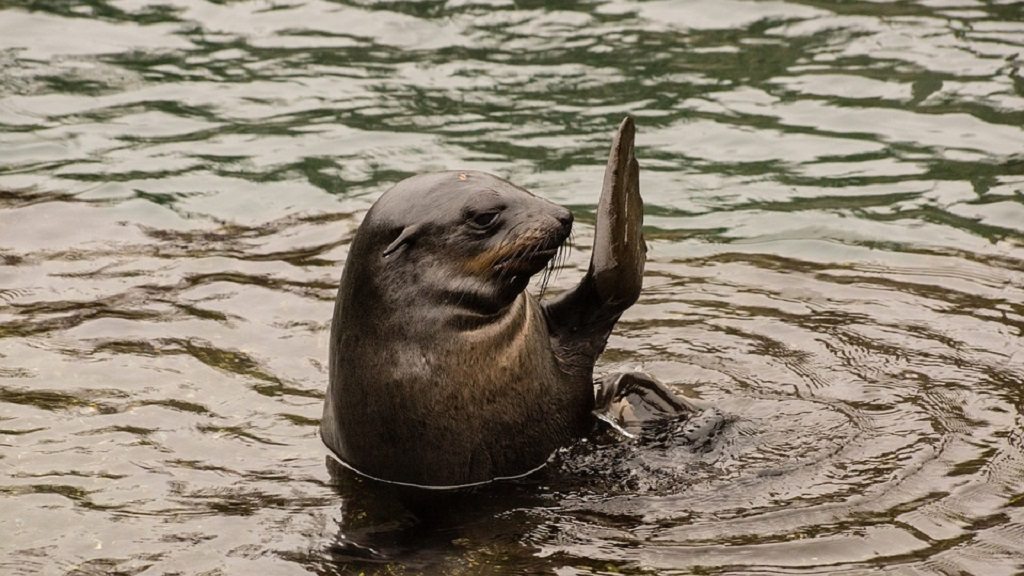 This idea lies at the core of the neural resonance theory of music. And previous studies in people had shown that the equation describes well human beat-keeping. Rouse says that they asked, “Does Ronan’s behaviour fit this proposed model? And we found that it does.”

One thing that is important about Ronan is that sea lions are not “vocal mimics.” All the previous animals that had been shown to have beat-keeping abilities had been of species that have vocal flexibility.

This suggested that perhaps the skill was dependent on specialised neural circuits that are required for vocal flexibility. Ronan’s achievements and their accordance with an equation that simply describes two oscillating entities (in this case, oscillating populations of active neurons) suggest that the neural underpinnings of beat-keeping may be more ancient and widespread than previously thought.

Here, though, Rouse is cautious, he says the work doesn’t specifically distinguish between theories of musicality. He says we need to look further at all theories but that this opens up “a new avenue of exploration.”

Discussing why it took so long to appreciate the beat-keeping ability of non-human creatures, and the possibility that it is a skill lying dormant in many animals, Rouse discusses just how much practice humans get; how deeply and widely music is embedded in human culture. From a very early age babies are bounced on their mothers’ knees, they are exposed to nursery rhymes and music is all around them. “This coupling between auditory and motor regions, we have kind of beaten into us from day one,” he says, “Other animals don’t.”