Neither too soft to be described as background, or loud enough to be defined as foreground, Lilies on Mars straddle the genres.

[dropcap style=”font-size:100px; color:#992211;”]O[/dropcap]ver time things change, develop, and frequently branch into new or mixed versions of what once was seen as a ‘singular’ entity.

Such is the course of music genres. No longer just rock, blues, classical, jazz, or even pop.

Alas, Lilies On Mars and I have very different viewpoints and ideas about what makes this style of music work. ∆GO is not unpleasing in sound, undefined in its musical ambition or missing anything to change the genre it fits in to. It simply isn’t any of them in a way that makes it stand out or grow.

The music is neither too soft to be described as background, or loud enough to be defined as foreground, so it never quite fits into a place where it can be listened to with ease. The vocals are so processed into the music as to make them almost inaudible, but are still there enough to distract you into trying to work out what’s being said/sung.

It’s an uncomfortable imbalance that means putting it on to sit and enjoy never quite works out as hoped, and sitting with it on as music behind a meal with friends or as a chill down moment still causes it to get in the way.

Post-production on this album seems to have been thought out more fully than the compositions themselves. Maybe 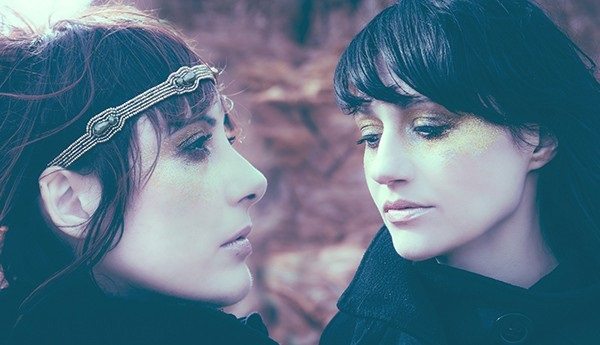 this process was as intended, or maybe it became a solution to an album that never quite delivered what was hoped for? What is very apparent however is the work that seems to have been put in after the recording was done. Possibly keeping the sound more raw would have given the listener a way into the music, rather than the processed versions now in place.

In terms of genre, much is now an amalgamation of styles and diversities, some so far apart that even the presumption of them working together at all, let alone in unison, is almost a leap of faith too far….

And this is the point where I meet that leap, for me at least too far, and with no bridge anywhere to cross safely.