They Say the Devil’s In the Deep End

When you meet the devil, the only response is to wake and bake

White corpuscles were blasting in my eyes like I was staring halfway into a nightmare. I tried to pull my head away but the sun had an addictive burn off the water.

“Bro, you look like you just had a lobotomy,” Frankie said.

I smiled at Frankie. Then I felt the warm nostalgia of a Christmas morning and collapsed into the pool.

When I woke up The Hammer was pouring bottled water into my mouth.

Frankie stood over him. Studying me.

“The Devil. My mother was there. So was the Queen. They were all laughing. The Devil was roasting three pigs. And counting money. All crumbled green singles. He took a knife and cut off one of the pig’s ears. I shook the dice and rolled them. The first two stopped. One was four. The other five. But there was nothing to stop the third. It just bounced away. The Devil laughed and fed the Queen the pig ear. I stood up to look for the last die but it was gone. The Devil leaned to me and said, ‘I wouldn’t steer you wrong’.”

The Hammer looked at Frankie. 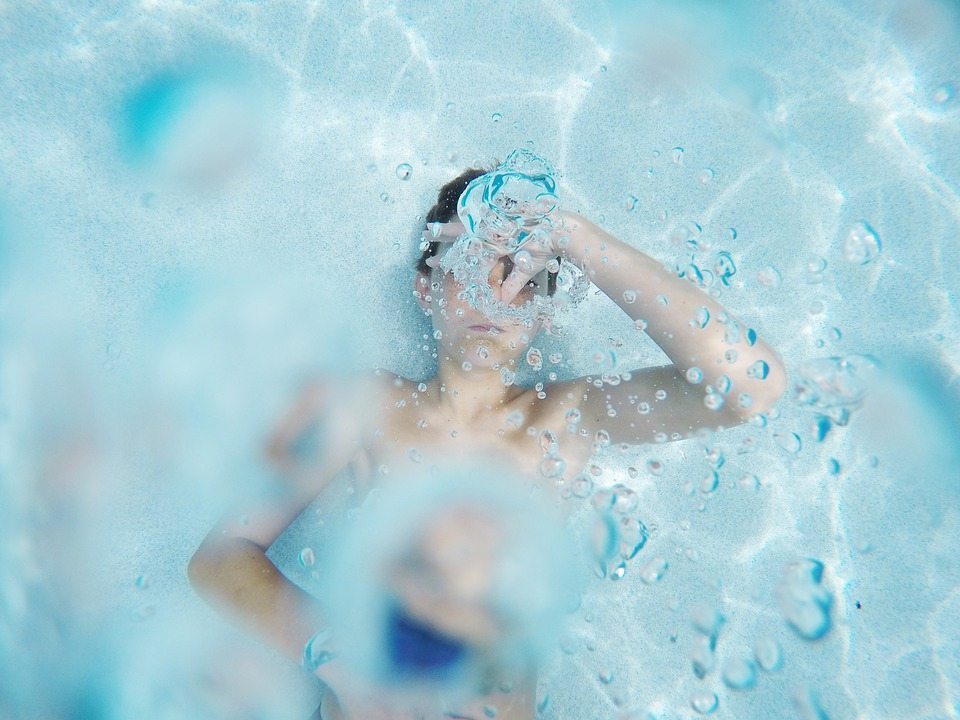 “He had a southern accent,” I said.

“Should I call an ambulance?” The Hammer asked.

“No,” Frankie said. “He says shit like this all the time.”

I shot myself in the face with the hose until I remembered who I was. The vision had scared me. Was the Queen my savior, or a soldier of Satan?

Frankie was waist deep in the pool. He un-sealed a small piece of canvas from a Ziplock bag and unloaded an entire can of deep sea glue on it. The label on the glue had a picture of a giant rhinoceros.

“I’ll bite your ankle if I need air.”

I climbed back into the pool. Frankie spread the glue around the canvas with his pinkie.

“Grab the skimmer pole. Stick it against the back of my head and push as hard as you can.”

He was concerned about our buoyancy.

“This glue could hold a levee together,” he said. “We’ve only got one shot to make this happen.”

We did a test run. I pushed his skull as hard as I could and balanced on his waist. His face was held firmly against the floor, but the rest of us kept floating up.

“Get out of the pool,” Frankie said. “Stand at the edge and push me down with the skimmer.”

I stood at the edge. Frankie counted to three and took a breath. I pushed the pole down on his lower back.

The Hammer’s girlfriend came out of the house. Her hair was sweaty and stuck to her face. She sat down on a lawn chair and took her top off. I looked down at my bathing suit to manage my situation.

Then I remembered Frankie. He was pounding his fists against the floor in a death rattle.

I threw the pole and jumped into the pool. My hands locked around his waist but he kicked me in the stomach. I inhaled from the pain and swallowed about a gallon of water.

“You almost killed me.”

I couldn’t breathe long enough to explain so I just pointed at her.

After our fist pound The Hammer’s girlfriend went inside. She gave us a look like it was our fault for staring.

“Fuck her, bro,” Frankie said. “There’ll be a new one here next week.”

“I hate to say it, Frankie,” I frowned, “but I think we might be in the wrong line of work.”

“Why do you think I’ve been doing so many push-ups?”

I decided to do at least ten crunches at the next pool.

By the time we got in the truck, I’d smoked so many cigarettes I thought it best to start tomorrow.

Extract from Play the Devil by Scott Laudati, published by Kuboa Press.
Image by Pixabay/Pexels

Next Story:
Hacking the Android Pattern Lock in Five Moves