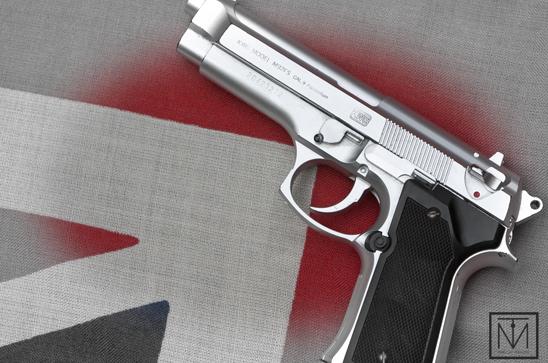 Welcome to America – a nation at war with itself.

Nearly one in five children and teens found to be at risk for suicide report that there are guns in their homes, and 15 percent of those at risk for suicide with guns in the home know how to access both the guns and the bullets, according to a study to be presented Monday, May 6, at the Pediatric Academic Societies (PAS) annual meeting in Washington, DC.

Suicide is the second leading cause of death among young people ages 10 to 24 years in the United States, according to Centers for Disease Control and Prevention data. Nearly half of youths who die by suicide use a firearm.

Researchers conducted a study to create a suicide risk screening tool that health care professionals in emergency departments (EDs) could use to figure out which youths need further mental health evaluation to keep them from harming themselves. As part of that study, researchers asked youths about access to guns in or around their home and about gun/bullet storage.

“For more than 1.5 million adolescents, the ED is their primary point of contact with the health care system, which makes the ED an important place for identifying youth at risk for suicide,” said Stephen J. Teach, MD, MPH, FAAP, associate chief in the Division of Emergency Medicine at Children’s National Medical Center in Washington, DC, and co-author who will be presenting the study at the PAS meeting.

Many clinicians and parents do not know how to ask youth about suicide, so they require screening tools to assist in detection, added study senior author Lisa M. Horowitz, PhD, MPH, staff scientist/pediatric psychologist at the National Institute of Mental Health, National Institutes of Health, Bethesda, Md. “According to our data, when asked their opinion, nearly all of the kids in our study were in favor of suicide screening in the ED. Our study shows that if you ask kids directly about suicide, they will tell you what they are thinking.”

Study participants included 524 patients ages 10 to 21 who were seen for medical/surgical or psychiatric complaints at one of three pediatric EDs. They were asked to fill out a 17-item questionnaire that the researchers used to develop the Ask Suicide-Screening Questions (ASQ), a four-question screening tool that can be used for all pediatric patients visiting the ED. The ASQ has been validated against a longer more in-depth suicide assessment tool.

“While many youths who kill themselves have mental health disorders, up to 40 percent of youths who kill themselves have no known mental illness,” said co-author and youth suicide expert Jeffrey A. Bridge, PhD, principal investigator at The Research Institute at Nationwide Children’s Hospital and associate professor of pediatrics at The Ohio State University. “Therefore, it is important to screen all children and adolescents for suicide, regardless of the reason they are visiting the ED.”

“This study highlights the importance of parents understanding the risks of having guns in their homes,” said Dr. Bridge. “Being at risk for suicide and having access to firearms is a volatile mix. These conversations need to take place in the ED with families of children at risk for suicide.”

Next Story:
Mad Dogs and Englishmen?