We Shall Overmeme: Why Slacktivists Make a Difference 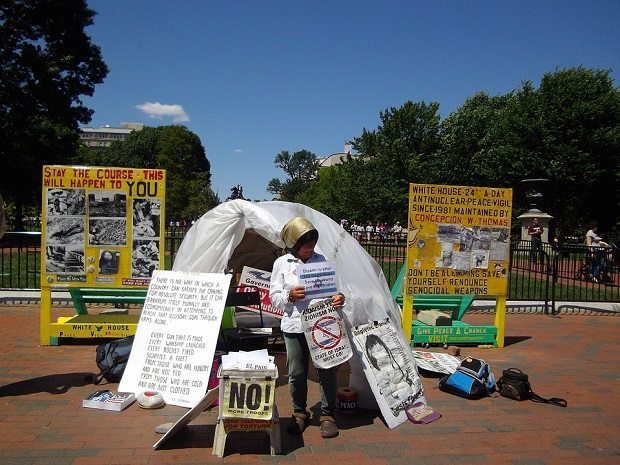 They’ve got really sharp edges. Somebody might lose a principle.

You know them well. You might even be one of them.

They’re the people who tint their Facebook profile pictures with the French flag to support Parisians, or pink to get behind Planned Parenthood. They sign online petitions, share activist videos, and retweet celebrities who take a political stand. They’re willing to lift a finger for a cause — mainly the one used to tap ‘like’ or ‘share’ or “retweet.”

Some dismiss them as ‘slacktivists,’ but a new study in PLOS One finds that these peripheral players actually play a critical role in extending the reach of social movements — even doubling them.

Led by Professor Sandra González-Bailón of the Annenberg School for Communication at the University of Pennsylvania and Pablo Barberá from New York University, the study analyzed tens of millions of tweets surrounding a few specific social protests: the 2013 Gezi Park protests in Turkey, and the 2012 United for Global Change campaign, which was led by the Indignados (Spain) and the Occupy movements.

Using location data embedded in the tweets, the researchers were able to differentiate between the people who were physically at a protest site versus those who were spreading the message from afar. They also looked at the senders’ networks to construct a model of how information flowed and spread during the protest.

The study helps advance our understanding of the role of Twitter in protests, something that has been hotly debated.

Some critics have been passionately against the idea that Twitter plays any substantial role in social movements, says González-Bailón.

In October 2010, Malcolm Gladwell argued in The New Yorker that “the revolution will not be tweeted.” Real movements for social change, he argues, have a committed, disciplined central authority. Online social networks with their weak ties and decentralized structure can’t achieve change.

When the Arab Spring protests began just a few months later, it became quite clear that Twitter in fact does play a significant role in modern protests, with some observers even seeing it as the key instrument for organizing any modern protest.

González-Bailón takes more of a balanced view. “Of course social media doesn’t push you to risk your life and take to the streets,” she says, “but it helps the actions of those who take the risk to gain international visibility.”

The researchers also looked at millions more tweets surrounding two non-protest events — the 2014 Oscars and a year-long debate about raising the minimum wage in the United States. What they found were clear differences between protest and non-protest communication networks.

Protest networks show a division of labor where there is a small minority active at the center, generating most of the messages, photos, and content. Meanwhile a much larger group — ‘the critical periphery’ as the researchers describe them — amplify and echo the messages from the core group. In many cases, these ‘slacktivists’ may retweet only one or two messages, but in aggregate, their actions served to double the reach of the core protesters.

Both groups, says González-Bailón, are necessary to give the protest resonance — a reality that has seldom been recognized.

For example, marketers are obsessed with identifying and courting influential people in order to make products, content, and ideas go viral.

“If you want a product to go viral or you want a protest to grow, you need that influential core, but you also need the periphery echoing them,” says González-Bailón. “Peripheral users are not ‘slacktivists.’ They are quintessential to understand why products go viral or protests go big.”

Previous Story:
Light in Motion: The Photography of Echo Lew