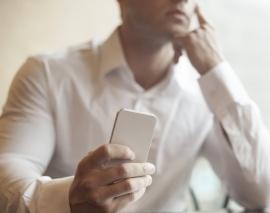 [dropcap style=”font-size:100px; color:#992211;”]E[/dropcap]ver wondered why the school bully always seems to end up a millionaire?

It ain’t just all that lunch money.

Media reports about alleged anti-social and delinquent behavior of entrepreneurs are no rarity. Such reports direct the attention towards possibly ‘hidden’ anti-social tendencies in entrepreneurial types.

Is it true then, that entrepreneurs are a particularly self-serving species with their own moral ideas and ethical principles? Does he really exist, the type of the entrepreneurial ‘homo oeconomicus’ who first of all is interested in his own benefit and profit and who abandons ethical and social principles? And if so: what makes him so?

Together with Swedish colleagues of the University of Stockholm, psychologists of the Friedrich Schiller University Jena (FSU) tried to answer these questions. In their search for anti-social tendencies in the biographies of business founders, the German-Swedish team of researchers came to surprising conclusions.

The psychologists used a Swedish longitudinal study for their research. In the study ‘Individual Development and Adaptation’ they registered pupils of a sixth form of a singular age group of a medium seized Swedish town — about 1000 children — and accompanied them over a 40-year time period. “We analyzed this data regarding the entrepreneurship the participants were showing later on in their professional careers. We wanted to know what kind of social behavior they showed,” Dr. Martin Obschonka from the Center for Applied Developmental Science at the University of Jena says.

Therefore the scientists analyzed extensive data regarding rule-breaking behavior and attitudes of the participants. They followed these anti-social tendencies in adolescence as well as in the adulthood of the participants. At the same time, a large number of archive data of criminal offenses registered and sanctioned by the police were evaluated.

On the one hand they were indeed able to establish systematic anti-social tendencies in the entrepreneurs’ biographies. In comparison to others, who didn’t found their own business, entrepreneurs showed astonishing characterristics. The future business founders had a distinctly higher tendency to rule-breaking behavior at school, at home dealing with their parents, and in their free time.

Examples were: more frequent disregard of parental orders, more frequent cheating at school, playing truant, a more regular drug consumption or the ‘pinching’ of goods in shops. This result appeared most notably in the biographies of the male participants of the study.

“On the other hand the study also shows a different side of the entrepreneurial types,” according to Dr. Obschonka. Because when they were grown-ups there were no more differences between the non-entrepreneurial types regarding the anti-social tendencies. Moreover, the data pointed to the fact that the early anti-social tendencies could be narrowed down to ‘smaller misdemeanors’.

That is to say that the analyses of the crime data of the police show that entrepreneurial types are not significantly different from other people when it comes to officially punished behavior — neither in their adolescence nor in their adulthood. “On the basis of the data, it can be argued that on average entrepreneurs don’t have more criminal careers than the non-founders,” Dr. Obschonka explains. “Likewise there was no difference to be found regarding the anti-social attitudes.”

However, the urge towards transgressive behavior was clearly present in adolescence. “But this doesn’t lead to the conclusion, that in adulthood the rules have to be broken serially and that anti-social behavior will be de rigueur,” Dr. Obschonka says. Thus the located behavior of entrepreneurs doesn’t chime in with the established prejudices: “It is often claimed that their personality type is rather anti-social and that they are only self-interested,” the Jena psychologist describes the clichés.

It is decisive for entrepreneurs to realize innovations and visions. In people who are able to take those unusual and risky routes, a proximity to non-conformism can often be found. This courage to explore the unusual and the novel could have its roots in adolescent rule-breaking behavior. “The data suggest that a rebellious adolescent behavior against socially accepted standards and an early questioning of boundaries doesn’t necessarily lead to criminal and anti-social careers. It can rather be the basis for a productive and socially acceptable entrepreneurship,” says Dr. Obschonka.

A tendency towards risk-taking which can already become apparent in adolescence plays an important role in the future development.

Previous Story:
Wings of Wax and a Missed Payday