Whipworm, Roundworm, Parasites. What did the Romans ever do for us?

Apart, we suppose, from the health benefits of actually going to the toilet. Better out than in, after all.

The Romans are well known for introducing sanitation technology to Europe around 2,000 years ago, including public multi-seat latrines with washing facilities, sewerage systems, piped drinking water from aqueducts, and heated public baths for washing. Romans also developed laws designed to keep their towns free of excrement and rubbish.

However, new archaeological research has revealed that — for all their apparently hygienic innovations — intestinal parasites such as whipworm, roundworm and Entamoeba histolytica dysentery did not decrease as expected in Roman times compared with the preceding Iron Age, they gradually increased.

The latest research was conducted by Dr Piers Mitchell from Cambridge’s Archaeology and Anthropology Department and is published today in the journal Parasitology. The study is the first to use the archaeological evidence for parasites in Roman times to assess “the health consequences of conquering an empire”.

Dr Piers Mitchell brought together evidence of parasites in ancient latrines, human burials and ‘coprolites’ — or fossilised faeces — as well as in combs and textiles from numerous Roman Period excavations across the Roman Empire.

Not only did certain intestinal parasites appear to increase in prevalence with the coming of the Romans, but Mitchell also found that, despite their famous culture of regular bathing, ‘ectoparasites’ such as lice and fleas were just as widespread among Romans as in Viking and medieval populations, where bathing was not widely practiced. 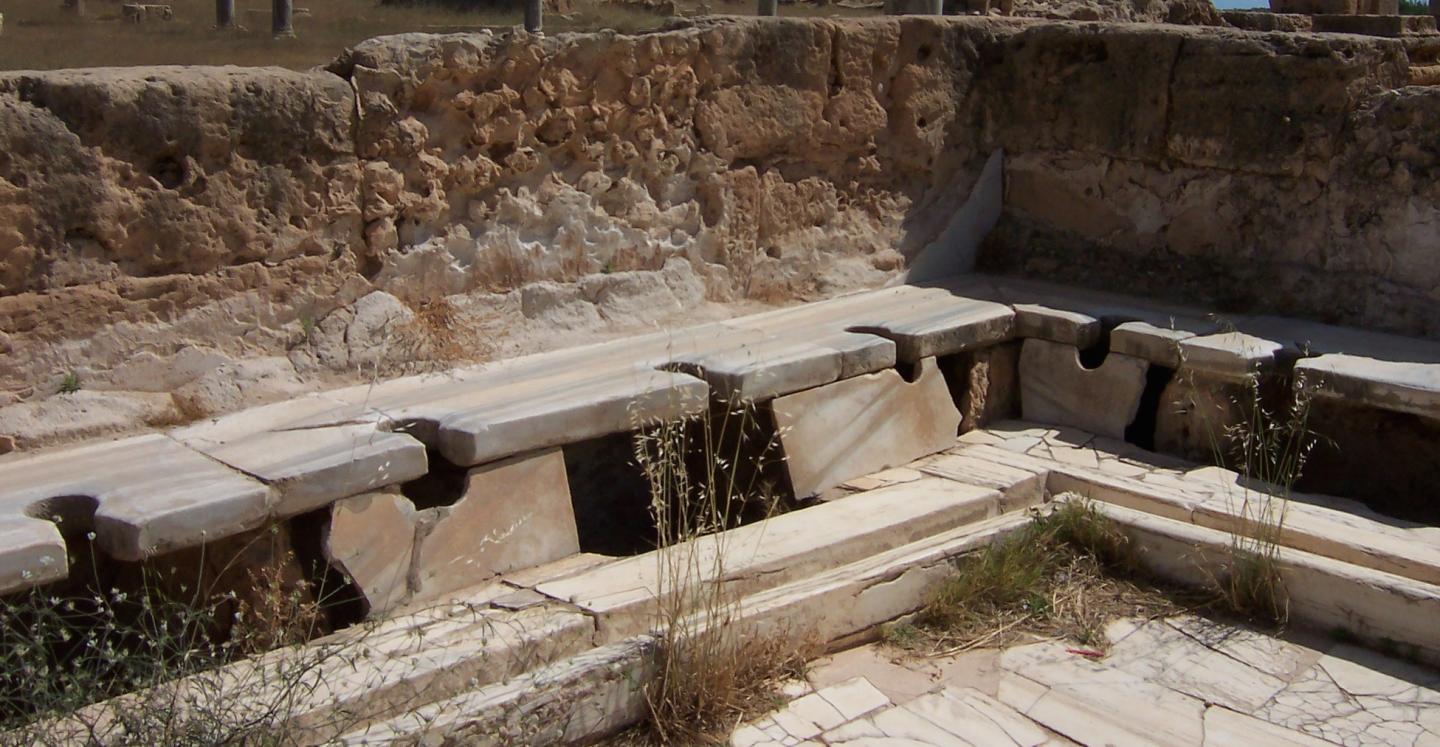 Some excavations revealed evidence for special combs to strip lice from hair, and delousing may have been a daily routine for many people living across the Roman Empire

Piers Mitchell said: “Modern research has shown that toilets, clean drinking water and removing faeces from the streets all decrease risk of infectious disease and parasites. So we might expect the prevalence of faecal oral parasites such as whipworm and roundworm to drop in Roman times — yet we find a gradual increase. The question is why?”

One possibility Mitchell offers is that it may have actually been the warm communal waters of the bathhouses that helped spread the parasitic worms. Water was infrequently changed in some baths, and a scum would build on the surface from human dirt and cosmetics. “Clearly, not all Roman baths were as clean as they might have been,” said Mitchell.

Another possible explanation raised in the study is the Roman use of human excrement as a crop fertilizer. While modern research has shown this does increase crop yields, unless the faeces are composted for many months before being added to the fields, it can result in the spread of parasite eggs that can survive in the grown plants.

“It is possible that sanitation laws requiring the removal of faeces from the streets actually led to reinfection of the population as the waste was often used to fertilise crops planted in farms surrounding the towns,” said Mitchell.

The study found fish tapeworm eggs to be surprisingly widespread in the Roman Period compared to Bronze and Iron Age Europe. One possibility Mitchell suggests for the rise in fish tapeworm is the Roman love of a sauce called garum.

Made from pieces of fish, herbs, salt and flavourings, garum was used as both a culinary ingredient and a medicine. This sauce was not cooked, but allowed to ferment in the sun. Garum was traded right across the empire, and may have acted as the “vector” for fish tapeworm, says Mitchell.

“The manufacture of fish sauce and its trade across the empire in sealed jars would have allowed the spread of the fish tapeworm parasite from endemic areas of northern Europe to all people across the empire. This appears to be a good example of the negative health consequences of conquering an empire,” he said.

The study shows a range of parasites infected people living in the Roman Empire, but did they try to treat these infections medically? While Mitchell says care must be taken when relating ancient texts to modern disease diagnoses, some researchers have suggested that intestinal worms described by Roman medical practitioner Galen (130AD – 210AD) may include roundworm, pinworm and a species of tapeworm.

Galen believed these parasites were formed from spontaneous generation in putrefied matter under the effect of heat. He recommended treatment through modified diet, bloodletting, and medicines believed to have a cooling and drying effect, in an effort to restore balance to the ‘four humours’: black bile, yellow bile, blood and phlegm.

“It seems likely that while Roman sanitation may not have made people any healthier, they would probably have smelt better.”

Next Story:
The Movements of the Idiot: Are We All Ironic Now? (Part Two)