Danish metal band Volbeat has revealed the band is in the studio recording a new album for release in Spring, 2013.

Titled Outlaw Gentlemen & Shady Ladies, the sessions are being produced by Rob Caggiano, alongside Jacob Hansen, who has a long history with Volbeat having produced and mixed the band’s prior four releases. Caggiano’s producer credits include The Damned Things, Bleeding Through and Anthrax (amongst others).

Front man Michael Poulsen reveals: “We’re back in the studio, this time breaking some of our old habits and this sometimes means leaving our comfort zone. We are recording in a new environment, producing with a new set up breaking new sonic ground and it’s exciting! Together with our long time collaborator Jacob Hansen we also have the honor of having producer Rob Caggiano on board in the producer’s seat. Expect lots of surprises and some of our most rocking heavy songs to date. We feel more than ever that we are taking the Volbeat sound to another level without changing what we’re all about. Can’t wait for it to get out there!” 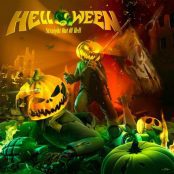