“Pursuit As Happiness” will be included in a new edition of The Old Man and the Sea, which was originally written in 1951. 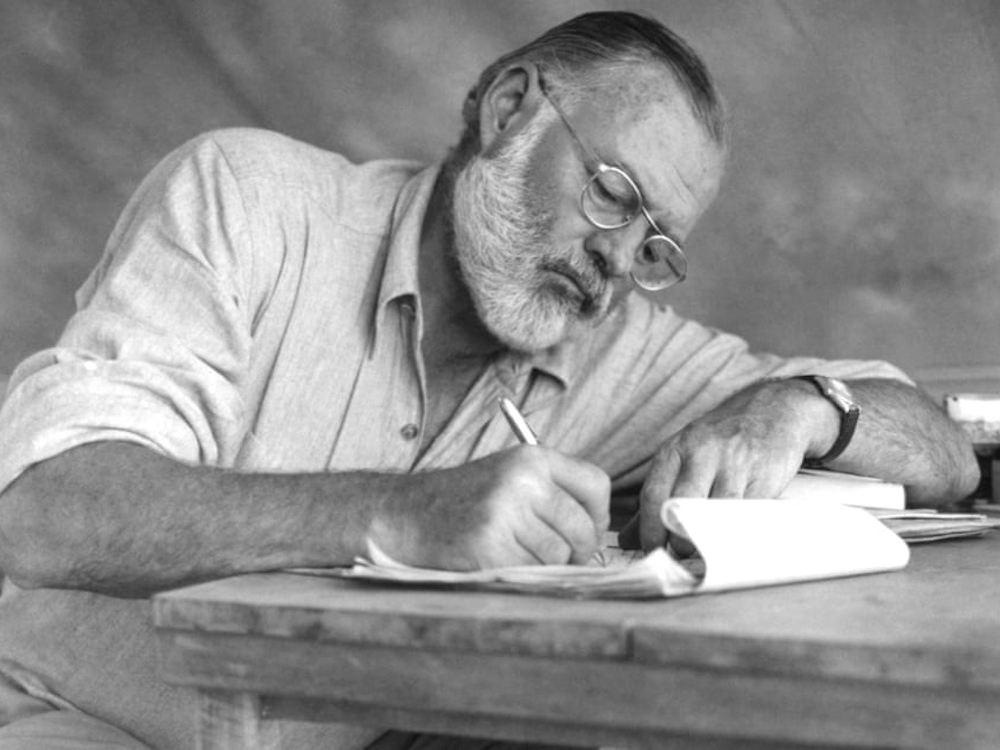 [dropcap style=”font-size:100px;color:#992211;”]A[/dropcap]n unknown short story by Ernest Hemingway, recounting a hunt for a huge marlin, which echoes the narrative of The Old Man and the Sea, has been published for the first time.

“Pursuit As Happiness”, published in this week’s issue of the New Yorker, follows the narrator on a fishing trip in search of ‘the biggest goddam marlin that ever swam in the ocean’. One day, ‘the water so clear and in so close that you could see the shoals in the mouth of the harbor ten fathoms deep’, he and his friends hook one — although the trip isn’t, eventually, as successful as they might like.

‘When we saw him we knew how really big he was. You couldn’t say it was frightening. But it was awesome,’ writes Hemingway. ‘We saw him slow and quiet and almost unmoving in the water with his great pectoral fins like two long purple scythe blades. Then he saw the boat and the line started to race off the reel as though we were hooked to a motorcar, and he started jumping out to the northwest with the water pouring from him at each jump.’

The author’s grandson, Seán Hemingway, told the New Yorker that he came across the typewritten manuscript when he was going through the Ernest Hemingway Collection at the John F. Kennedy Library and Museum in Boston. “I am not sure why it received so little attention; it is a gem among the unpublished material,” he said.

Although the story is autobiographical, following the exploits of a narrator called Ernest Hemingway and his friends, Seán Hemingway said he preferred to think of it as invention.

“It is carefully crafted and reads like a short work of fiction. As my grandfather wrote about his memoir A Moveable Feast, which he called fiction, a work of fiction may shed light on actual events,” he said. “It is certainly possible that the story was inspired by a particular fishing trip in the summer of 1933, when the story is set, but in my opinion it was more likely inspired by several different experiences, to which the author has added fictional elements that improve upon the story.”

The work will be included in a new edition of The Old Man and the Sea, which was originally written in 1951. Seán Hemingway dated the unpublished story’s creation to “somewhere between 1936 and 1956”.

He added that, while he did not see it “as notes” for his grandfather’s famous novella, “I do think that it makes a strong companion piece, since it is also about setting out to catch a very large marlin, and it shows in different ways how difficult that undertaking is, even with modern fishing equipment, a motor boat, and several experienced fishermen”.

Next Story:
The Healing Power of Painting