[dropcap style=”font-size:100px; color:#992211;”]S[/dropcap]ince the gravy train is pulling up for the Donald and all his pals (just think how much he’s going to charge the Secret Service to use his plane), we thought we’d cosy up to the tangerine-faced President Elect with a little science revelation.

Here you go Donald, a pre-made legit science excuse for the state of your ‘hair’. (We accept cash, cheques, bank transfers and PayPal. We do not accept red baseball caps.)

Many parents know from their own experience that it is not always easy to comb children’s hair. Yet with patience and nerves of steel, even the toughest of knots can usually be undone.

In the case of “uncombable hair syndrome”, brushes and combs don’t stand even the hint of a chance. Those affected have extremely frizzy, dry, generally light blonde hair with a characteristic shine, which successfully resists any attempt to tame it. These symptoms are most pronounced in childhood and then ease over time. In adulthood, the hair can more or less be styled normally.

Virtually nothing has so far been known about the causes – particularly because the phenomenon is relatively rare. It was described in the specialist literature for the first time in 1973; since then, around one hundred cases have been documented worldwide. “However, we assume that there are much more people affected,” explains Professor Regina Betz from the Institute for Human Genetics at the University of Bonn. “Those who suffer from uncombable hair do not necessarily seek help for this from a doctor or hospital.” Nevertheless, it is known that the anomaly occurs more frequently in some families – it thus appears to have genetic causes. 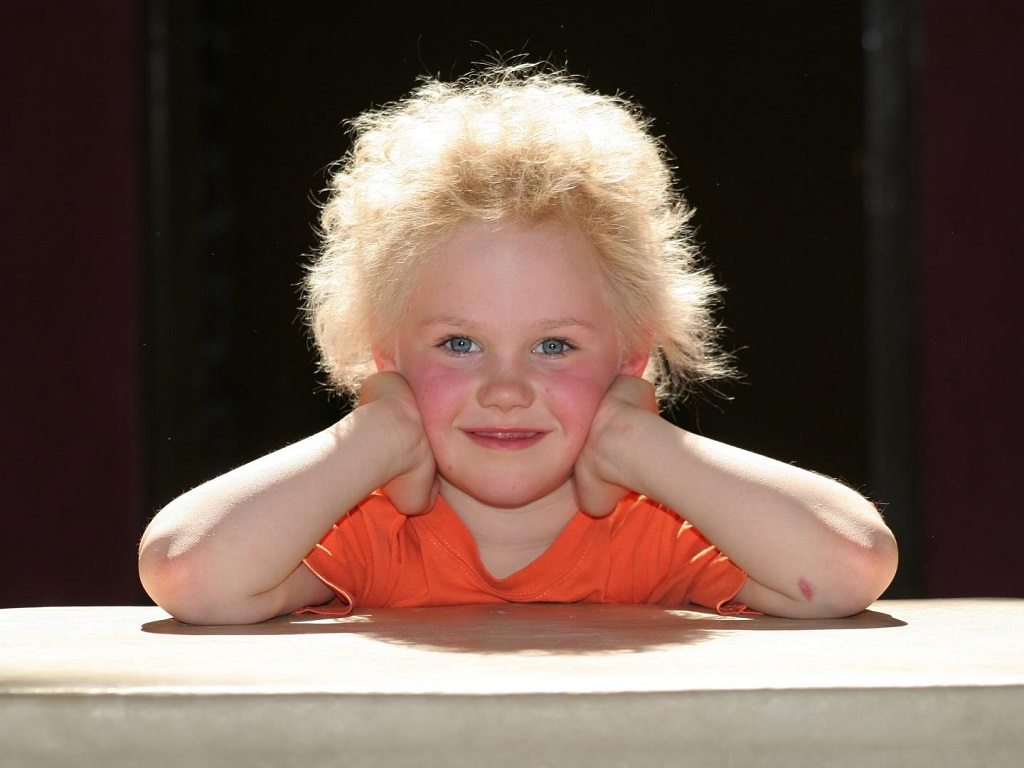 Betz is a specialist for rare hereditary hair disorders. A few years ago, she was approached at a conference by a British colleague. He had recently examined a family with two affected children. The Bonn-based human geneticist’s interest was piqued. “Via contact with colleagues from around the world, we managed to find nine further children,” she explains. The scientists in Bonn sequenced all the genes of those affected. When comparing large databases, they thus came across mutations in three genes that are involved in forming the hair.

The changed genes bear the identifiers PADI3, TGM3 and TCHH. The first two contain the assembly instructions for enzymes, while the third – TCHH – contains an important protein for the hair shaft. In healthy hair, the TCHH proteins are joined to each other with extremely fine strands of keratin, which are responsible for the shape and structure of the hair. During this process, the two other identified genes play an important role: “PADI3 changes the hair shaft protein TCHH in such a way that the keratin filaments can adhere to it,” explains the lead author of the study, Dr. Fitnat Buket Basmanav Ünalan. “The TGM3 enzyme then produces the actual link.”

Together with colleagues from the University of Toulouse, the scientists in Bonn performed experiments in cell cultures. In these, they were able to show the importance of the identified mutations on the function of the proteins. If even just one of the three components is not functional, this has fundamental effects on the structure and stability of the hair. Mice in which the PADI3 or TGM3 gene is defective thus develop characteristic fur anomalies, which are very similar to the human phenotype.

“From the mutations found, a huge amount can be learned about the mechanisms involved in forming healthy hair, and why disorders sometimes occur,” says Professor Regina Betz, delighted. “At the same time, we can now secure the clinical diagnosis of ‘uncombable hair’ with molecular genetic methods.”

For people affected by hair disorders, this last point is good news: some hair anomalies are associated with severe concomitant diseases, which sometimes only become manifest in later life. However, Struwwelpeter syndrome generally occurs in isolation without any other health impairments. Uncombable hair may be tiresome and may also cause mental stress, says Betz. “However, those affected have no need to otherwise worry.”

Previous Story:
Inside the White (Supremacy) House: Steve Bannon as Chief of Staff