There Is A Fairy Light That Never Goes Out

The obvious musical comparisons are The Smiths and Morrissey’s early solo stuff, an influence which also makes itself known in their video imagery of canal walks, tower blocks and seaside towns on the decline. 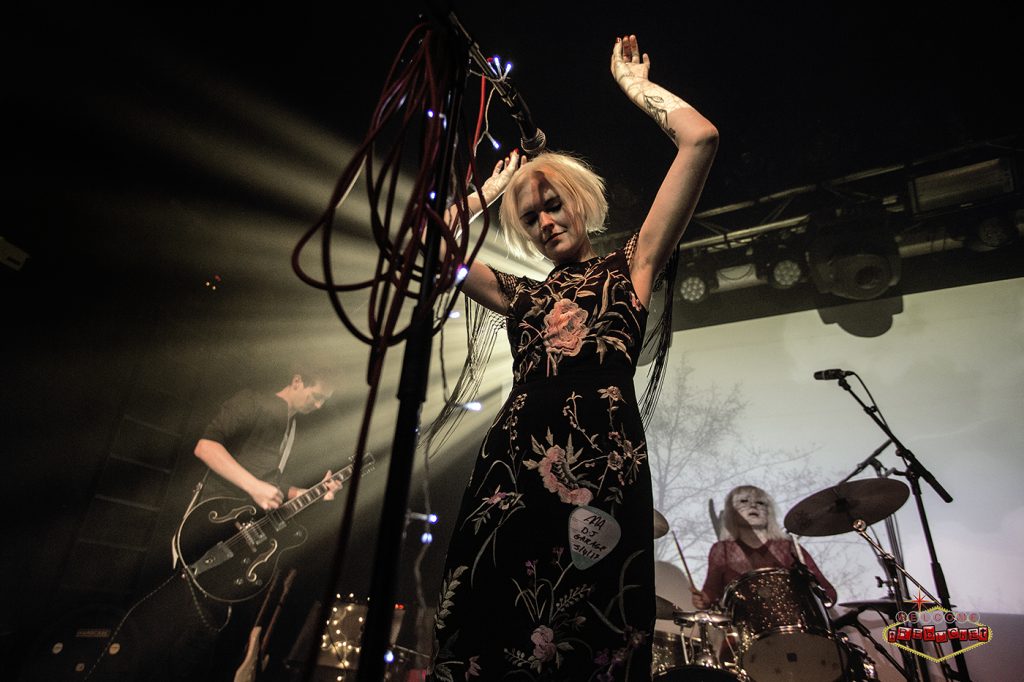 [dropcap style=”font-size:100px; colour:#46ffa5;”]B[/dropcap]ack in the 1980s, every week we excitedly awaited the inky broadsheet that was the New Musical Express and the Chart Show’s indie top ten on newly broadcast Channel 4.

We hunted out fellow indie fans, identifiable by a penchant for wearing black and a preference for smudgy eyeliner. In those days, indie was short for independent, as in bands on independent rather than major record labels. But it was more than that. It was a statement of intent and a leftfield identity a world away from today’s lukewarm guitar based genre that passes by the same name.

“The obvious musical comparisons are The Smiths and Morrissey’s early solo stuff, an influence which also makes itself known in their video imagery of canal walks, tower blocks and seaside towns on the decline”

Fast forward to these desperate net-surfing times and one no longer has to seek out indie bands in dingy basement venues. Yet the essence of indie seems forever lost – indie is both everywhere and nowhere. How rare is it to discover a band with the true indie spirit, the sort of band you thought didn’t exist anymore. Enter stage left, Desperate Journalist .

The obvious musical comparisons are The Smiths and Morrissey’s early solo stuff, an influence which also makes itself known in their video imagery of canal walks, tower blocks and seaside towns on the decline. Jo Bevan’s voice sails and swoops over dark guitar hooks and danceable bass lines worthy of The Cure. Listen more carefully and you’ll hear the uplifting twangs and swirls of The Doves and the melodic ethereality of Interpol. Gutsier than much of the fey indie of yore, there is a depth and purpose behind each vocal line with words punched out with the power of Siouxsie over frantic pounding drums and clashing chords. 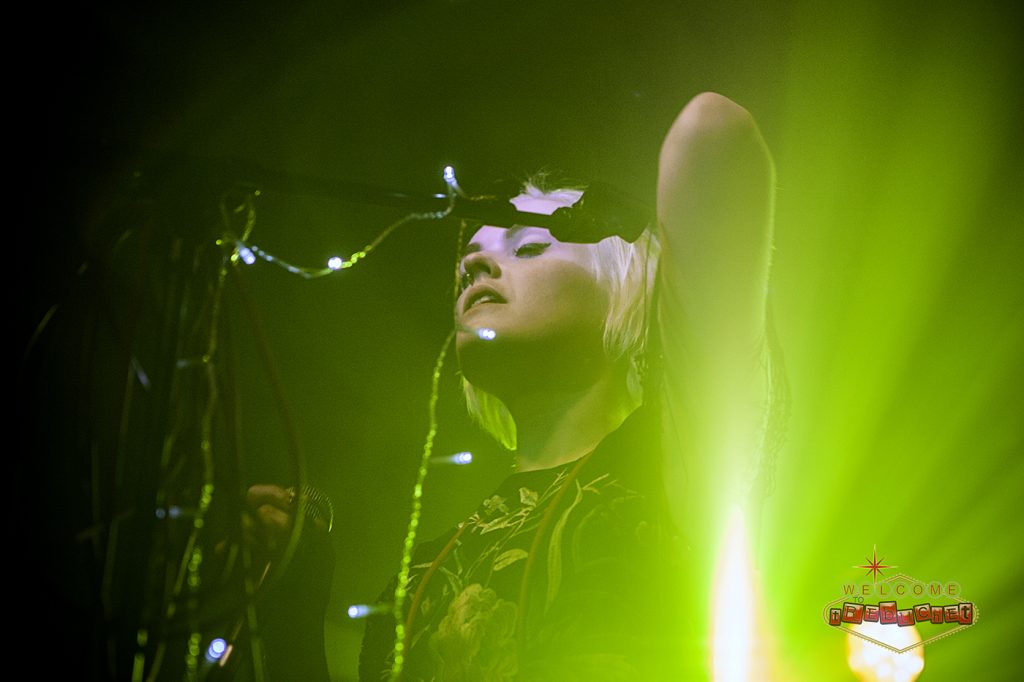 There’s plenty of homage to the female-fronted indie heritage but with a sneaky shot of vodka slipped into their greased tea. Picture if you will The Primitives with less glamour and more grit; The Sundays with added rock ‘n’ roll; or Echobelly with added bittersweet to the jangles and poppy moments. There are occasional elements of Sugarcubes madness in Hollow, and shoegazing beats over soaring Brett Anderson-esque vocals in Murmuration. Crowd favourite Why Are You So Boring? opens with Wedding Present style descending chords then erupts into bouncy Britpop beats with barbed lyrics blasted across the room like a fiercer Louise Wener from Sleeper.

It’s perhaps no surprise that vocalist Jo understands the enduring power of 1980s style beats and melodies given that her other musical venture was fronting Duran Duran cover band, Joanne Joanne. One of her partners in that crime, the vastly experienced guitarist Charley Stone now bolsters the Journalist’s live sound. With a healthy amount of reverb, pedals and strings of lights draped over the stage and mic stand, they bring sparkle to the soulless sterility of Highbury Garage, with the songs retaining their bite. 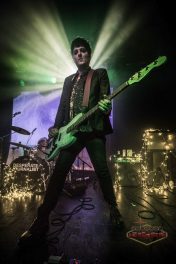 Desperate Journalist are a band to take you back to the days when indie was worthy of your precious time. But this is more than straight nostalgia or a ragbag of influences from their combined record collections. With the discordant, anxiety-driven edginess of post-punk, the melancholia and melodies of 1980s indie, the full sound and beats of 1990s revivalists, the attitude and energy of grunge and riot grrrl, the cool swagger of new wave and the angst ridden anomie of a nation on the verge; as they seamlessly blend the cream of the past four decades, this is the best thing to emerge from British indie since Wolf Alice. The spirit lives on. There is a fairy light that never goes out.

The outstanding new album ‘In Search Of The Miraculous’ was out 22/02/19. Order it here.

Photos: copyright Carl Byron Batson (not to be reproduced without express prior written consent) 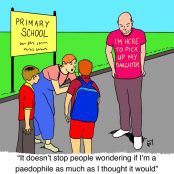