The suited old gentlemen taking the stage might have entered the Forum slowly, but as soon as the beat kicked in the dust fell off the band, and the beast emerged. 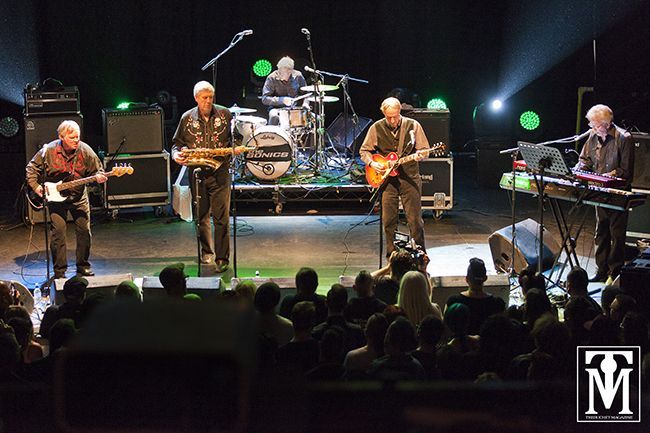 [dropcap style=”font-size:100px; color:#992211;”]I[/dropcap]n 1960 The Sonics gave the world a powerful and shamanic form of teen rock and roll that raised mini-skirts, drenching leather and lace alike in an amphetamine-fuelled rush for sexual highs and adrenalised abandon.

It is the stuff of legend, influencing The White Stripes, Nirvana, Mudhoney and a host of others. And it’s still here.

Spearheading the garage rock movement before it became sidelined by psychedelia, acoustic guitars and complex feelings, The Sonics were part of an apolitical teenage rebellion still rooted in the post-war anomie of fast cars, good times and soda fountains. Loud and unapologetic hits like ‘Have Love Will Travel’ (released 1965) cranked up the volume on suburban lives comfortable enough to have off street parking, ensuring that parents became synonymous with ‘turn that down’, ‘take it outside’ and ‘why is there no petrol in the car?’

In 2015 The Sonics released their first album in 40 years This is the Sonics and if it isn’t in the year’s toplists of best album then something is deeply wrong. Their menace, energy and power is still in full effect and the audience filing into the Kentish Town Forum was thick with bands and journalists eager to pay homage.

The suited old gentlemen taking the stage might have entered the Forum slowly, but as soon as the beat kicked in the dust fell off the band, and the beast emerged. Triumphant performances by original members Larry Parypa on guitar, Rob Lind on Sax and Gerry Roslie on keyboards prove they’ve still got it. These three form the core of what gave The Sonics their powerful sound. A swaggering menace in the punctuating blasts of melodious percussion pushes them to rock’s most infectious heights (a noise which Kurt Cobain described as the greatest drum sound ever recorded). There is an unstoppable beat that builds and builds until only a scream will release the pressure. And so they scream. 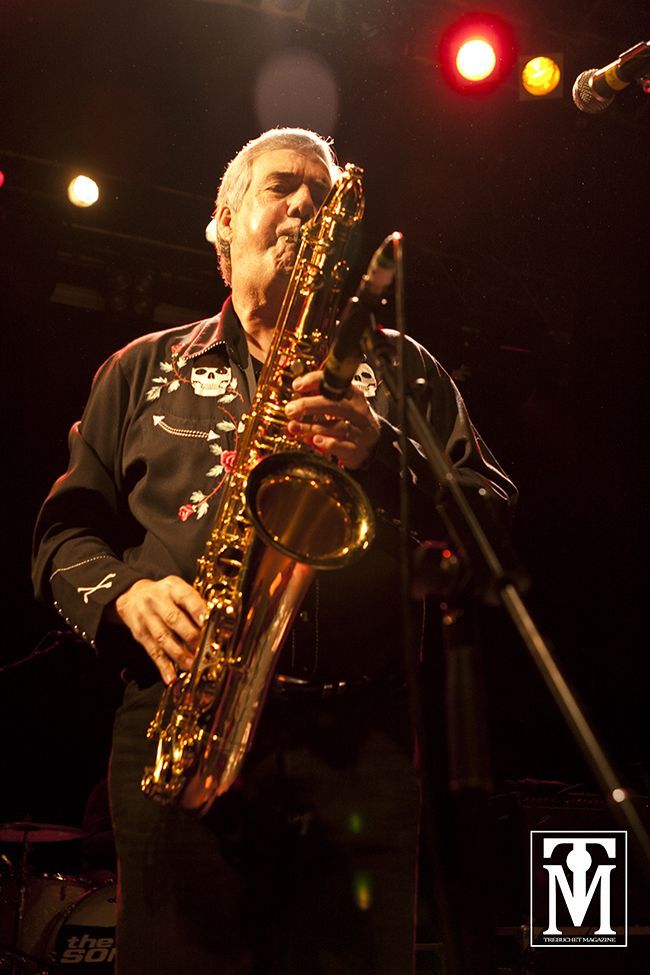 In most cases what leaves musicians first is the voice. Axl Rose can’t do what he did back in the 80s but The Sonics can still deliver the throat-shredding screams that powered their seminal 60s records. Almost all Sonics singles have become cultish favourites in their own right and as the epic intros of ‘The Witch’ and ‘Strychnine’ pump out, a junkie’s glee sweeps across the audience: ‘Yes, they’re playing my song!’

There is of course, the one hotly anticipated song that The Sonics will be remembered for most.

What makes ‘Have Love Will Travel’ so great? The hypnotic guitar riff looping through the song? The pounding syncopated drums? The swinging bass? The way the scream becomes a sax solo? As Larry Parypa steps up ‘that riff’ the crowd of fathers and grandfathers are young again. Some dance to the drums, some lock into the guitar, and others just sing at the top of their lungs, including the sax solo.

Wherever you’re from and whatever you like, The Sonics will get you. Hit after hit, punch after punch. The Sonics killed us at the Forum and we want more.

Photos: Carl Byron Batson. Not to be reproduced without express prior permission. Photos taken at The Sonics’ Koko gig, 2014.

Next Story:
White-Collar Junk: The Rise of Prescribed Opiate Addiction