The Future of Football

Women’s football has been under-reported for too long, but the new generation of the Under-17 World Cup is gradually changing that. 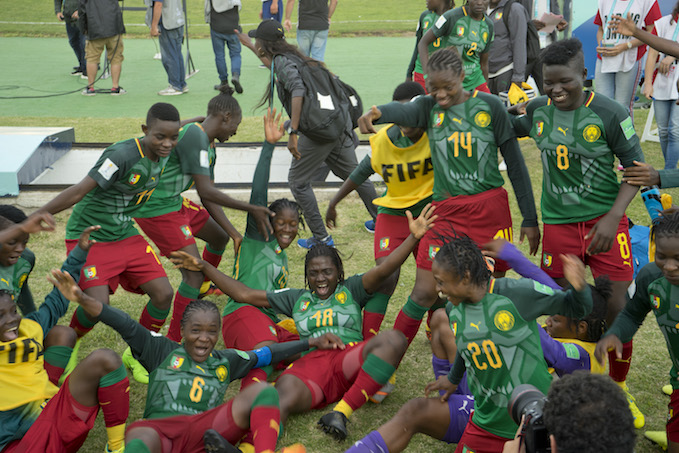 [dropcap style=”font-size:100px;color:#992211;”]O[/dropcap]n the weekend when a group of football hooligans violently disrupted the ‘super final’ of the Libertadores South American club cup between Argentinian arch-rivals Boca Juniors and River Plate in Buenos Aires, a more civilised, and sadly, under-reported tournament, was taking place in neighbouring Uruguay, where the quarter finals of the Under 17 Women’s World Cup were being held.

The last time that Uruguay organised a football World Cup was in 1930, when the men’s team won the tournament. More than eight decades later, the small South American nation, who has consistently punched above its weight in international male competitions, has hosted a successful young women’s contest, with representatives from all the continents.

There were a few surprises, starting with trophy holders North Korea, who had a good start but eventually went down in a penalty shoot-out against Spain in the quarter finals and Germany, one of the favourite teams, losing to Canada at the same stage.

The host nation’s team did not perform well, and could not progress from the group stages, but Beatriz Quartino, the head of women’s football at the Uruguayan Football Association, told me that despite the poor results there is a great legacy that is going to be left behind. The main stadium for the tournament, the Charrúa (named after one of the country’s First Nations), with a capacity of 20,000 people, will be used for women’s football competitions exclusively in the future.

The Association has also started a specific course to train women coaches, technical staff and instructors, and the chief source of players will be through the increased awareness of the game for women in schools, which has become part of the PE curriculum, starting at age 13 in the first year of secondary school. They also encourage all the players to carry on with their studies, and to complete sixth form and beyond, working with the teachers and heads of schools to make sure the students do not miss classes due to football training, and by making special allowances for them to catch up with their education.

FIFA, the international governing body of football, has tried to lure the global media to give a better coverage of the event, but it has unfortunately not received much attention, with only few representatives of the regional press and other journalists who travelled with the national teams to report their progress. It is an issue I managed to discuss with Sarai Bareman, the world’s chief women’s football officer, who told me that the Federation has several programmes supporting women’s coaches. 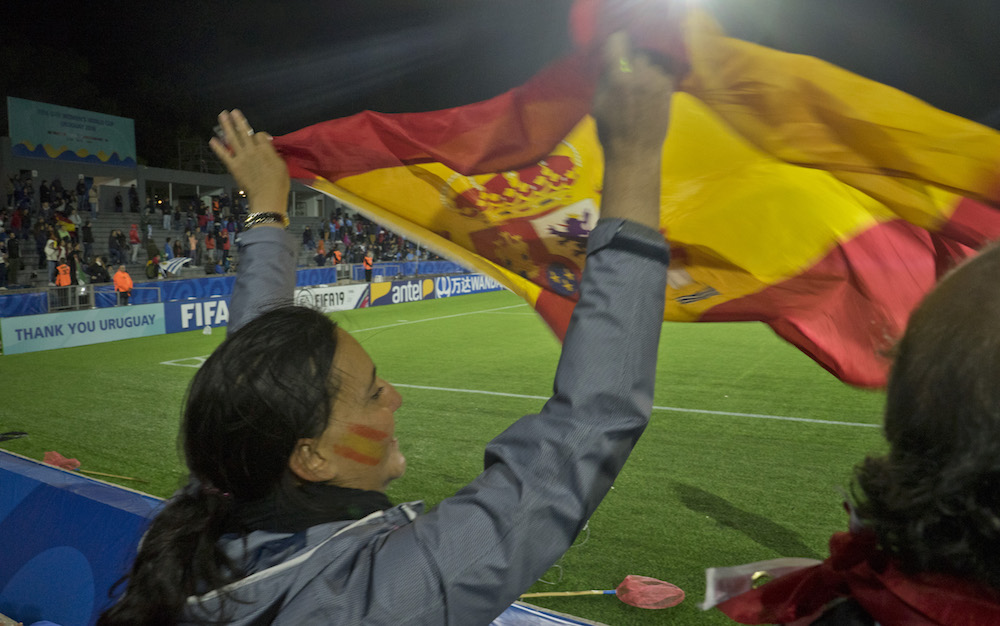 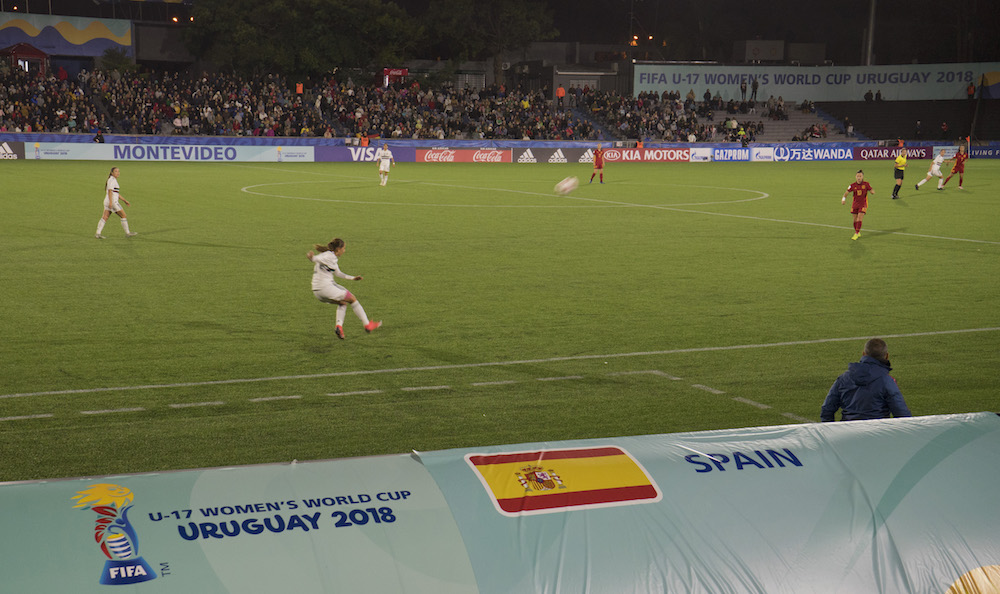 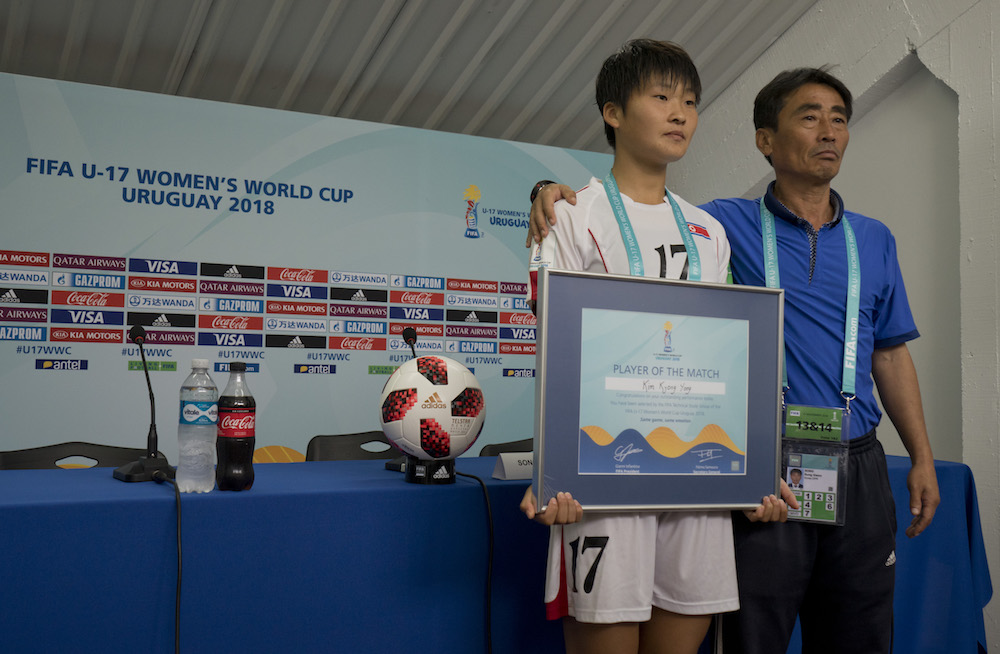 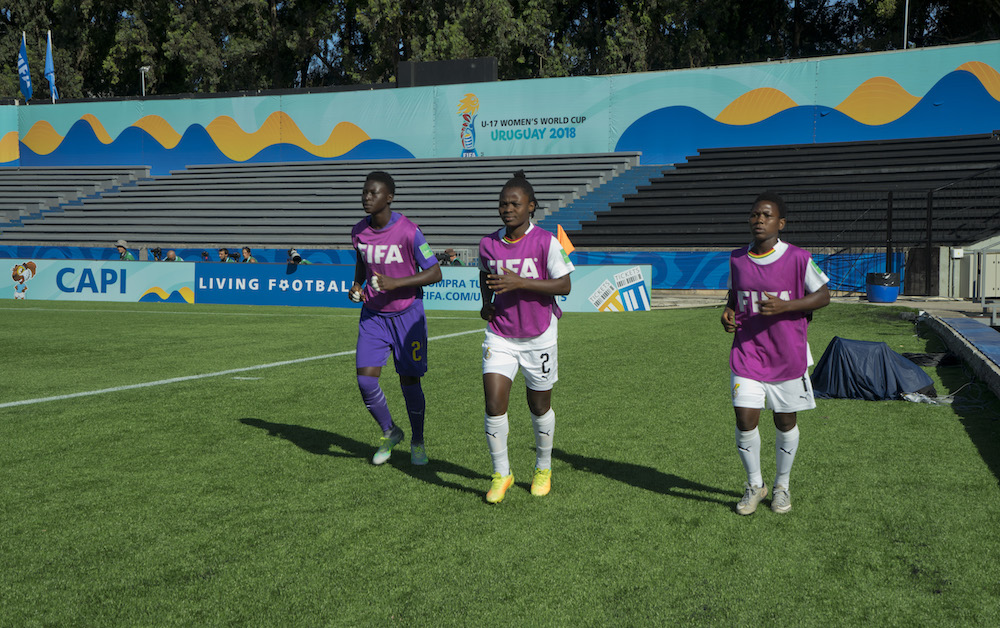 Players from Ghana warming up before match against Finland

They are trying a two-pronged approach; the top-down one involves a coach-mentoring scheme, which has evidently been successful, since three of the mentees took their teams to the semi-finals of the U-17. They go through a year-long arrangement, where they get regular visits from their mentors to work in their home environment where they assess the challenges the participants face in their own countries. The bottom-up tactic involves supporting the local associations at grassroots level to develop and attract young female coaches at the very foundation of the game by offering them specific training courses and, sometimes, scholarships to see them through the programme, both for trainers and young players. Encouragement to follow a dual career, by continuing their academic education, is also provided. Carolina Almirón, a FIFA communications manager, also pointed out that the futsal (five-a-side) women’s football competitions have attracted good audiences and coverage and have helped to improve the visibility of the main 11-a-side events.

The prospects for the development of women coaches vary around the world. The South African instructor, Simphiwe Dludlu, mentioned a lack of opportunities, resources and funding from her national sports association, while the Canadian head coach, Rhian Wilkinson, praised both the regional and national authorities in her country for the support the team has received by giving young aspiring women players many opportunities in term of facilities, scholarships and mentoring programmes to develop their game, both at a regional and a national level. Her German counterpart noted that, while her country’s association was supportive, it was difficult to earn enough money in her profession, thus showing the big gap in income and sponsorship opportunities between the men’s and ladies’ game.

Enhancing the media coverage of the tournament were 16 members of the latest Young Reporters course organised by AIPS, the international sports press association, who has been running such programmes since 2011 with the co-operation of major sports federations such as FIFA, the IOC, UEFA, and FINA. The aspiring correspondents were drawn from almost all the countries present at the U-17 championship with the exception of North Korea and Canada. They had been recommended by their national sports journalists’ association and comprised eleven young women and four young men, aged from 20 to 27, with the gender composition of the group helping to advance the prospective careers of women reporting sporting events in general, and football in particular. The course leaders were three experienced international journalists: Keir Radnedge from England, Italian Riccardo Romani and Argentinian Martin Mazur, with logistical support provided by the Uruguayan Sports Press Association.

The final between Mexico and Spain was always going to be a tight game, and a duel between two top women trainers. Spanish coach Toña Is, who had already won the U-17 European Championship and got her team a second place in the U-21 tournament in France earlier in 2018, was challenged by Mexican head trainer Mónica Vergara, who graduated from the FIFA coach training programme mentioned above. Spain won the      final 2-1 with two goals from ace player Clàudia Pina. They took control of the game early in the first half, but the Latin American team fought back to reduce an initial 2-0 advantage. The second half was played at high intensity to make it a very enjoyable and fitting finale to a successful competition.

At the final press conference, both coaches agreed that the outlook of women’s football is bright, and were confident that the visibility of the ladies’ game will improve exponentially, with better facilities being built, a greater range of training programmes becoming available and new sponsorship deals being negotiated, thus leading to more extensive exposure by the media.

It was a rare privilege to catch a glimpse of the future of football in my native Uruguay, absent from the massive financial pressures and aggression of the modern commercial game, with flashbacks to my distant childhood, when I enjoyed following one of my local teams in the more relaxed surroundings of days gone by.

Next Story:
Escape to Berlin: A Travel Memoir