Synthetic fuel could eliminate US need for crude oil

The United States could eliminate the need for crude oil by using a combination of coal, natural gas and non-food crops to make synthetic fuel, a team of Princeton researchers has found. 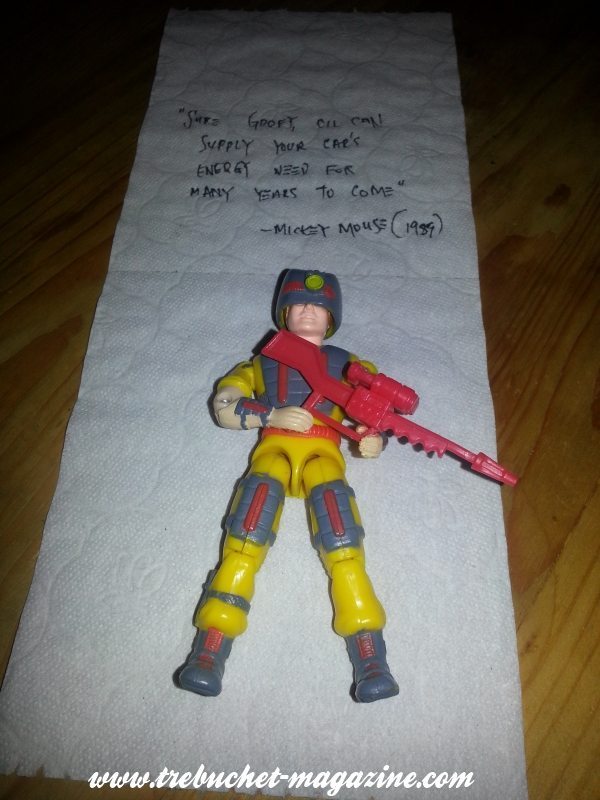 The United States could eliminate the need for crude oil by using a combination of coal, natural gas and non-food crops to make synthetic fuel, a team of Princeton researchers has found.

Fossils fuels are the dead bodies of retired beings… the circle of life has an accelerator pedal.

Besides economic and national security benefits, the plan has potential environmental advantages. Because plants absorb carbon dioxide to grow, the United States could cut vehicle greenhouse emissions by as much as 50 percent in the next several decades using non-food crops to create liquid fuels, the researchers said.

Synthetic fuels would be an easy fit for the transportation system because they could be used directly in automobile engines and are almost identical to fuels refined from crude oil. That sets them apart from currently available biofuels, such as ethanol, which have to be mixed with gas or require special engines.

In a series of scholarly articles over the past year, a team led by Christodoulos Floudas, a professor of chemical and biological engineering at Princeton, evaluated scenarios in which the United States could power its vehicles with synthetic fuels rather than relying on oil. Floudas’ team also analyzed the impact that synthetic fuel plants were likely to have on local areas and identified locations that would not overtax regional electric grids or water supplies.

“The goal is to produce sufficient fuel and also to cut CO2 emissions, or the equivalent, by 50 percent,” said Floudas, the Stephen C. Macaleer ’63 Professor in Engineering and Applied Science. “The question was not only can it be done, but also can it be done in an economically attractive way. The answer is affirmative in both cases.”

Accomplishing this would not be easy or quick, Floudas said. A realistic approach would call for a gradual implementation of synthetic fuel technology, and Floudas estimated it would take 30 to 40 years for the United States to fully adopt synthetic fuel. It also would not be cheap. He estimates the price tag at roughly $1.1 trillion for the entire system.

The research makes up an important part of a white paper recently produced by the American Institute of Chemical Engineers (AIChE), the nation’s largest chemical engineering association. In the paper, the chemical engineers call for a greater integration of energy sources and urge policymakers to consider chemical conversion processes as a potential method to produce cleaner and cheaper fuels.

“Right now we are going down so many energy paths,” said June Wispelwey, the institute’s director and a 1981 Princeton alumna. “There are ways for the system to be more integrated and much more efficient.”

The paper was written by Vern Weekman, one of Floudas’ co-researchers. Weekman, a lecturer at Princeton, is the former director of the Mobil Central Research Laboratories and a past president of AIChE.

Weekman said the main reason the industry has not embraced synthetic fuels has been cost. Although he said the economics are “still on the edge,” Weekman noted that rising prices for crude oil and improvements in the efficiency of synthetic fuel production have made the process far more viable than before.

“The main reason we wrote the paper was to get the planning agencies — the national academies, the Department of Energy, the Environmental Protection Agency, the Defense Department — thinking about this,” Weekman said. He added that it was important that the agencies consider “this key link of using chemical processes to produce conventional fuels.”

In the Princeton research, Floudas’ team found that synthetic fuel plants could produce gasoline, diesel and aviation fuels at competitive prices, depending on the price of crude oil and the type of feedstock used to create the synthetic fuel. About two-thirds of crude oil consumed by the United States is used for transportation fuel, according to the federal Energy Information Administration (EIA). The EIA said the United States imports about 45 percent of its annual crude oil consumption.

“Even including the capital costs, synthetic fuels can still be profitable,” said Richard Baliban, a chemical and biological engineering graduate student who graduated in 2012 and was the lead author on several of the team’s papers. “As long as crude oil is between $60 and $100 per barrel, these processes are competitive depending on the feedstock,” he said.

The core of the plan is a technique that uses heat and chemistry to create gasoline and other liquid fuels from high-carbon feedstock ranging from coal to switchgrass, a native North American grass common to the Great Plains. The method, called the Fischer-Tropsch process, was developed in Germany in the 1920s as a way to convert coal to liquid fuels.

The chemistry is complicated, but it basically takes the carbon and hydrogen from the feedstock and reassembles them into the complex chains that make up fuels like gasoline and diesel. Essentially, the feedstock material is heated to 1,000 to 1,300 degrees Celsius and converted to gas, and using the Fischer-Tropsch process, the gas is converted to chains of hydrocarbon molecules. These hydrocarbon chains are then processed over catalysts such as nickel or iron. The end products include fuels, waxes and lubricants normally made from crude oil.

The Princeton team’s method adds a step to recycle CO2 through the process to reduce the amount of the gas vented by the plants. Baliban said there is a limit to how much CO2 can be economically recycled, although plants could also trap unused CO2 emissions for later storage.

Over the years, engineers have refined the original Fischer-Tropsch method to increase efficiency. But the high cost of building new synthetic fuel plants, coupled with the low price of crude oil, has made synthetic fuels too expensive for widespread acceptance.

As the price of oil has increased, however, synthetic fuels have become more practical. The U.S. government has undertaken a number of projects to look into the process; in particular, the Defense Department has studied synthetic fuels as a way to supply transportation fuel without depending on overseas suppliers.

In its work, the Princeton team looked at a broader picture. In a July article in the AIChE Journal, the team found that the United States could meet its entire demand for transportation fuel by building 130 synthetic fuel plants across the country. The article, with Josephine Elia, a graduate student in chemical and biological engineering as the lead author, made its assessment using three feedstocks: coal, natural gas and biomass. To avoid switching farmland from food production to crops used for fuel production — which would hurt the food supply — the researchers only included non-edible crops such as perennial grasses, agricultural residue and forest residue.

The plants modeled in their scenario were placed in proximity to both feedstock supplies and markets for fuels. The analysis factored in external costs such as water supplies and electricity to power the plants’ machinery.

Ultimately, the team recommended construction of nine small, 74 medium and 47 large plants producing 1 percent, 28 percent and 71 percent of the fuel, respectively. Most of the plants would be clustered in the central part of the country and in the Southeast. The state with the highest level of fuel production would be Kansas, which would have 11 large synthetic fuel plants. Texas would have the largest number of plants, but because of the scattered nature of feedstock in that state, most of those plants would be medium-sized.

The researchers found that the largest contributor to the price of synthetic fuel would be the cost of building the plants, followed by the purchase of biomass and then electricity. They estimated that the nationwide average cost of producing the synthetic equivalent of a barrel of crude oil would be $95.11, although the cost varies regionally. The cost in Kansas, where most production would occur, would average $83.58 for the equivalent of a barrel of crude oil.

The cost could be much lower if plants eliminated biomass and used only coal and natural gas to run the process, Floudas said, but that would eliminate most of the environmental benefit.

“If you want to have a 50 percent reduction in emissions, you need to have the biomass,” he said.

In many ways, synthetic fuels are cleaner than petroleum fuels. The heavy metal and sulfur contaminants of petroleum fuels can be captured in the synthetic plants before the fuel is shipped out. Synthetic fuels also can be used in gasoline and diesel engines with no need for modifications, unlike many biofuels. The biofuel ethanol, for example, is commonly mixed with gasoline, but high levels of ethanol require modifications to car engines and pose special challenges for starting at low temperatures.

Floudas said that synthetic fuels also would allow carbon reduction with the fleet of cars currently on the road. Even if the country immediately converted to zero-emitting electric or fuel cell vehicles, millions of internal combustion vehicles would still be driving. By switching to synthetic fuels, he said, the country would have the opportunity to reduce those emissions, even if it they would not be completely eliminated.

“This is an opportunity to create a new economy,” Floudas said. “The amount of petroleum the U.S. imports is very high. What is the price of that? What other resources to do we have? And what can we do about it?”

Previous Story:
Of Grief and Hope