Turning and turning in the widening gyre
The falcon cannot hear the falconer;
Things fall apart; the centre cannot hold;
Mere anarchy is loosed upon the world

A force that intricately links the rotation of the Earth with the direction of weather patterns in the atmosphere has been shown to play a crucial role in the creation of the hypnotic patterns created by the skirts of the Whirling Dervishes. 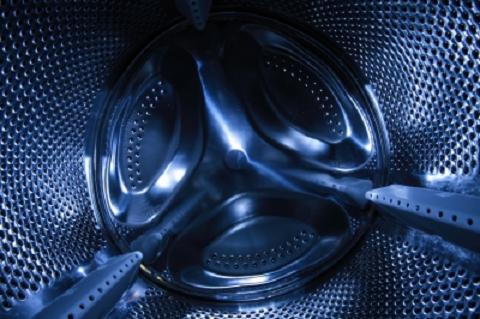 This is according to an international group of researchers who have demonstrated how the Coriolis force is essential for creating the archetypal, and sometimes counterintuitive, patterns that form on the surface of the Whirling Dervishes skirts by creating a set of very simple equations which govern how fixed or free-flowing cone-shaped structures behave when rotating.

The equations, which have been published today, 27 November, in the Institute of Physics and German Physical Society’s New Journal of Physics, were able to reproduce the sharp peaks and gentle troughs that appear along the flowing surface of the Dervishes’ skirts and showed a significant resemblance to real-life images.

The Whirling Dervishes, who have become a popular tourist attraction in Turkey, are a religious movement who commemorate the 13th-century Persian poet, Rumi, by spinning on the spot and creating mesmerising patterns with their long skirts.

Co-author of the study James Hanna, from Virginia Polytechnic Institute and State University, said: “The dancers don’t do much but spin around at a fixed speed, but their skirts show these very striking, long-lived patterns with sharp cusp-like features which seem rather counterintuitive.”

it was the presence

of a Coriolis force that

was essential in the

formation of the different

Hanna, along with Jemal Guven at the Universidad Nacional Autónoma de México and Martin Michael Müller at Université de Lorraine, found that it was the presence of a Coriolis force that was essential in the formation of the different patterns.

The Coriolis effect accounts for the deflection of objects on a rotating surface and is most commonly encountered when looking at the Earth’s rotations and its effect on the atmosphere around it. The rotation of the Earth creates the Coriolis force which causes winds to be deflected clockwise in the Northern Hemisphere and anti-clockwise in the Southern Hemisphere – it is this effect which is responsible for the rotation of cyclones.

“Because the sheet is conically symmetric, material can flow along its surface without stretching or deforming. You can think of the rotating Earth, for example, with the air of the atmosphere free to flow around it.

“The flow of a sheet of material is much more restrictive than the flow of the atmosphere, but nonetheless it results in Coriolis forces. What we found was that this flow, and the associated Coriolis forces, plays a crucial role in forming the dervish-like patterns,” Hanna continued.

By providing a basic mathematical description of the spinning skirts of the Dervishes, the researchers hope their future research will discern how different patterns are selected, how stable these patterns are and if gravity or any other effects make a qualitative difference.