[dropcap style=”font-size:100px; color:#992211;”]S[/dropcap]oweto Kinch was a name I thought I’d heard of in an old Quentin Tarantino movie, a bad ass mofo sporting a pair of pearl-handled 45s strapped up in a double snakeskin shoulder holster, but it wasn’t. 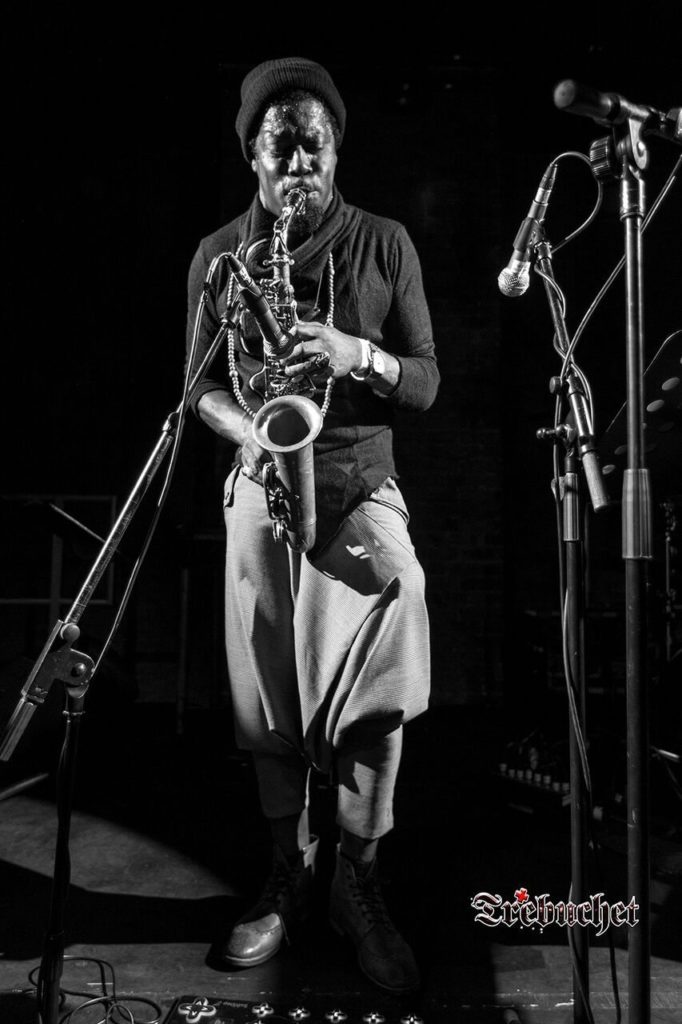 Much head scratching took place. Roundhouse staff looked bemused, and in my own head I began to curse our editor. The only thing to do was slope off to Jo’s and sink a couple of stiff ones while we tried to figure the whole thing out.

Upon enquiry number three we were approached by a mysterious lady with a small mysterious list. She appeared like Mr Ben in a strange land and proceeded to usher us in to a ‘space’. Who knew there was a ‘space’ at The Roundhouse? It was a small ‘space’ but a perfectly formed ‘space’ (apart from the lack of air conditioning). After a few moments of wide eyedness this ‘space’, this Sackler ‘space’ did actually seem a rather pleasant spot for an album launch, and was after all situated very conveniently near to the bar.

So who was this Soweto dude? We were thrown in the deep end as we simply hadn’t heard of him before. After figuring out he wasn’t a fedora-wearing hustler driving a fur trimmed Lincoln Continental it turns out the award winning Mr. Kinch is actually pitched as one of the most exciting young musicians in both the British jazz and hip hop scenes. He’s an educated dude with a degree in Modern History from Oxford University and has two MOBO awards under his belt together with, amongst other things, a Mercury Music Prize Nomination. A fly guy fo’ sure. 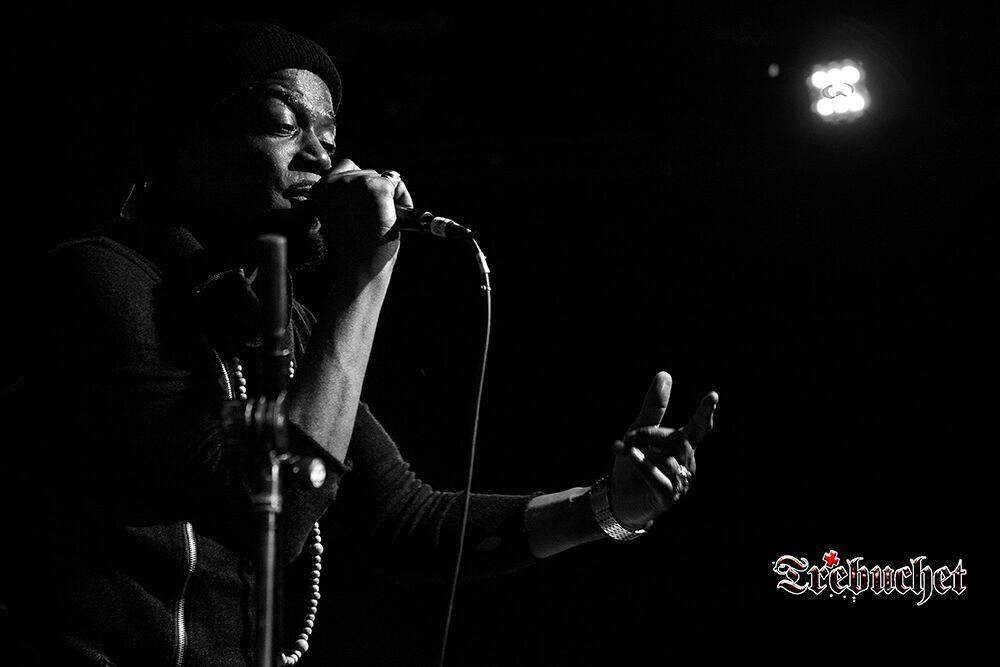 The super charismatic Soweto did give a brief explanation about the album and warned the crowd he wouldn’t be chatting but cracking on with business. On his website he gives the low down far better than I can:

‘The album concept revolves around a nine-sided wheel or nonagon. Each musical point along the wheel explores a feature of different numbers or shapes. For instance the track exploring ‘3’ uses frequencies such as 60Hz and relates it to 180Hz (the internal and total angles of an equilateral triangle). Through shifting time signatures, harmony and tonality the music explores how sound can describe incorporeal ideas of mathematics, traveling through each point along a digital system: how music gives form to ideas that can’t be seen in the natural world; or how these fundamentals are expressed in nature or sacred geometry. Taking broad inspiration from bird song and cymatic patterns, to the Egyptian Ennead and Platonic shapes this album will feel like a journey through a hidden world of abstraction’.

‘In an age where words, science or religion are often used to divide people, I’m largely inspired by these numerical and sonic aspects of music that transcend cultural differences. Whilst writing The Legend of Mike Smith, I had innumerable conversations about ‘dark forces’ controlling the music industry and keeping the populace as sheeple. Part of the inspiration is in injecting a musical antidote that instead inspires us to see new visions of the surrounding world’

Far out! Well, I ain’t no mathematician but I know that when the right ingredients get put in the pie, something tasty will come out of the oven and something very tasty was getting cooked up on stage tonight. A Macbook provided loops and electronics and a very young and very talented band of keyboard, bass and drums played in faultless intricate harmony with Kinch’s incredible horn playing over two sets. Sweat popped out of his head as he played with relentless passion.

“What’s it all for?” we chanted, punctuating one of Kinch’s half time raps before hitting the Maker’s Mark at the bar. We got the feeling we would one day recount this night in a way that some old timers still recall the night when they witnessed Dolphy, Parker or Coltrane. Kinch is an absolute musical genius we agreed, and promptly knocked back the sauce before slipping back in for the glorious second half.

Photography by Carl Byron Batson. Not to be reproduced without express prior permission from the photographer.