In 1946, Sartre suggested that Simone de Beauvoir write a piece on the contemporary condition of women for the journal, Les Temps Moderne.

She thought it would be an easy task and envisaged a short piece, “Women and Myths”, which opened with the sentence, “He is The Absolute, and she is The Other.”

That essay eventually became the two volume, The Second Sex, which was immediately influential and has continued to be so. It is credited with giving strength to ‘second wave’ feminism in the United States and further afield.

I had never thought one could live so freely. Simone had earned the right to live like this, and thanks to her, this freedom was given to my generation, like a gift. 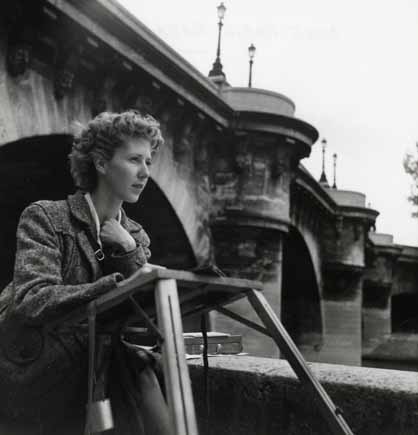 Simone de Beauvoir was an early existentialist, whose feminism arose from a deeply thought out philosophy. That philosophical thinking is written into feminism. Freedom is the domain established by existentialism for all rational creatures.

Existentialism has inherited Immanuel Kant’s enlightenment conception of what it is to be a human being.

Whilst Kant thought of freedom as being constrained by reason – which provides moral conformity, the existentialists demanded that freedom consists, not in conformity but, in the authenticity of being a truly free being, choosing one’s own life.

Thinking in the modern university is rewarded by research scores that set out what a group of researchers has achieved and, according to a score awarded by peer group inspection, money is provided for further research.

The latest criterion used to judge research is ‘impact’. Researchers are judged on the impact their research makes in society. Time has told us that de Beauvoir would have scored highly in any impact assessment of her writings.

I wonder what she would have made of this piece of research from Northumbria University (see below). I wonder what impact it might have on our grasp of contemporary gender studies.

Women and Men at a British Pedestrian Crossing

Is it daring to cross the street at a designated pedestrian crossing? If so, are women more daring than men—or vice versa? A study explores this question:

“Gender Differences in Use of a Pedestrian Crossing: An Observational Study in Newcastle upon Tyne,” Eryn O’Dowd and Thomas V. Pollet, Letters on Evolutionary Behavioral Science, vol. 9, no.1, 2018. The authors, at Northumbria University, UK, explain: “Evolutionary psychologists have put forward that there are evolved differences in risk taking between men and women. Potentially, these also play out in every day behaviours, such as in traffic. We hypothesised that (perceived) gender would influence using a pedestrian crossing. In addition, we also explored if a contextual factor, presence of daylight, could modify risk taking behaviour. 558 pedestrians were directly observed and their use of a crossing near a Metro station in a large city in the North East of England was coded. Using logistic regression, we found evidence that women were more inclined than men to use the crossing. We found no evidence for a contextual effect of daylight or an interaction between daylight and gender on use of the crossing. We discuss the limitations and implications of this finding with reference to literature on risk taking.”

This passage in the paper gets at what the authors mean by “risk taking”:

“The entrance to the metro station is to the left of the wooden shoulder. The safe route makes use of the crossing, the risky route is effectively ‘jaywalking’ between the metro entrance and the path.”

(Thanks to Joseph H Lynch for bringing this to our attention.)

posted by Marc Abrahams in Arts and Science, Research News | Comments Off on Women and Men at a British Pedestrian Crossing