Simon Bill, as Presented and in Aspect

Simon Bill is a polymath and deserves a long hard look from a curious audience his work probes perception itself. 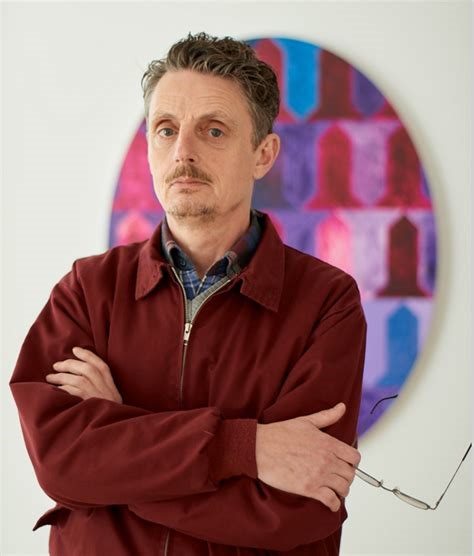 Simon Bill in front of one of his works.

His work is often painting on oval board (each measuring 127 cm / 97 cm / 5 cm) although not exclusively he has also created objects/sculptures. Bill uses mixed media (1) giving his work a varied and un-fussy aesthetic (The oval helps to link the work as do repeating motifs/symbols)

I was able to see his work for the first time at the Baltic gallery in Newcastle in 2014, his show on the ground floor of the building, ‘Lucky Jim’, the title already evoking the petty quarrelling, compromise and uncertainty present in the Kingsly Amis novel, perhaps a wry comment on the artists journey to the grand gallery and his own reluctance (similar to Jim’s) This kind of humour and referencing is key to the experience creating a constellation or web of meanings, Writing of that show Zara Worth observes,

“However scatty and erratic, Bill‘s paintings are far from uninformed or thoughtless. To some extent, their form provides a mechanism through which to process and meditate upon Bill’s schizophrenic regurgitation of an array of cultural signifiers. Their hanging and format, adopted by Bill in 1999, is indicative of his interests in Elizabethan and Jacobean miniature paintings and their hangings in stately homes. Their dense hanging and dim lighting, enhanced by dark grey walls, demands an almost intimate relationship with the viewer in order to focus upon one work at a time,” Zara Worth, Corridor8.co.uk

Worth also mentions the artists interest in neuroscience (Bill pursued this in a PhD) and his writing practice which included short stories. We have an image then of a multi-faceted practitioner who avoids either by chance or design total envelopment into one discipline, this much is in fitting with his artistic interests and subjects.

“His eponymous artist, whose enormous abstract paintings are no longer selling, applies for a residency in a neurological institute. Hopelessly ill prepared, he has no real expectation of getting it, but when all the other candidates drop out, the gig becomes his. Even though the funding at the rather Ballardian clinic is increasingly haphazard, the position is a lifeline for the feckless artist,”Jane Housham, The Guardian, 2016.

Exploring the artists own obsessions and offering a close to the bone image of the art world Bill is certainly able to cast a light over his own demons (Bill can seen here in conversation about the book). In order to get a feeling for this work it would be useful to recall a little theory holding it in mind and considering Bill’s work as a continuation of a lifelong experiment and extension of his interest in perception. 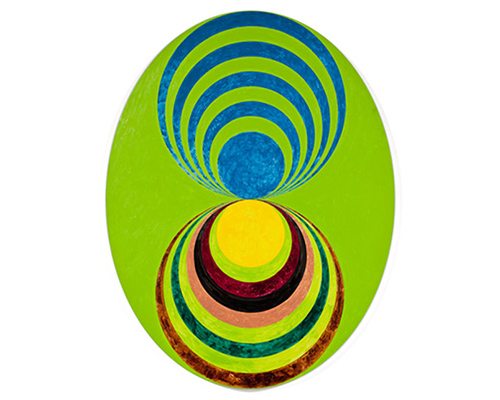 Gestalt Psychology is a philosophy of mind (2) which attempts to understand how the consciousness can attain and continue meaningful perceptions in the sea of chaotic distractions which make up the world. Gestalt theory proposes that the perceiving mind groups and distinguishes stimuli according to certain laws and self-organizing tendencies an example might be, figure-ground perception which refers to the,

‘…tendency of the visual system to simplify a scene into the main object that we are looking at (the figure) and everything else that forms the background (or ground),’ Kendra Cherry, ‘Figure-Ground Perception in Psychology’ 2017

“The earliest known version is an unattributed drawing from the 23 October 1892 issue of Fliegende Blätter, a German humour magazine. It was captioned “Welche Thiere gleichen einander am meisten?” (“Which animals are most like each other?”), with “Kaninchen und Ente” (“Rabbit and Duck”) written underneath,” McManus, I. C.; Freegard, Matthew; Moore, James; Rawles, Richard, “Science in the Making: Right Hand, Left Hand(2010). 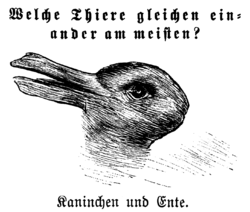 Wittgenstein used the image Duck Rabbit to unpack his idea of seeing that vs seeing as, in ‘Philosophical Investigations’ (1953) He made a distinction between seeing in a straightforward way ‘seeing that’ and seeing something as, or interpreting, for example we may see on initially looking at the image above that it is a drawing of a rabbit (seeing that)

However once we notice the image’s aspect (seeing as) we then notice the duck, or the other way around. The implications of this in terms of perception are significant, once an aspect of a thing is glimpsed its no longer possible to see the thing in its original form it then always has a duality. There is also the issue of which image we see first and how that straightforward seeing, before we see the nuances is linked to our world view or spontaneous reaction to the world. 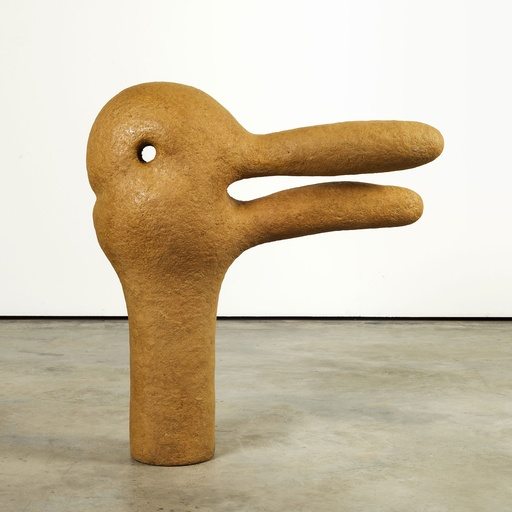 Bill like Wittgenstein is also interested in the way that perception itsself changes the world, Wittgenstein was convinced that the world could not simply stay the same when internal cognitive changes take place and by taking in Bill’s work we can extend the aspects and therefore the opportunities in our own world.

Sometimes its frustrating if a writer offers no example of how a complex idea may play out in the real world so here is my rather coarse attempt, how can a perception change reality? example; lets say a cruel and harsh person is asked to take care of a child in an emergency (acting as baby sitter) The child does not recognise the character traits that make this harsh person easily recognisable to adults, the child simply sees an adult who it trusts and is comforted by in the circumstances. 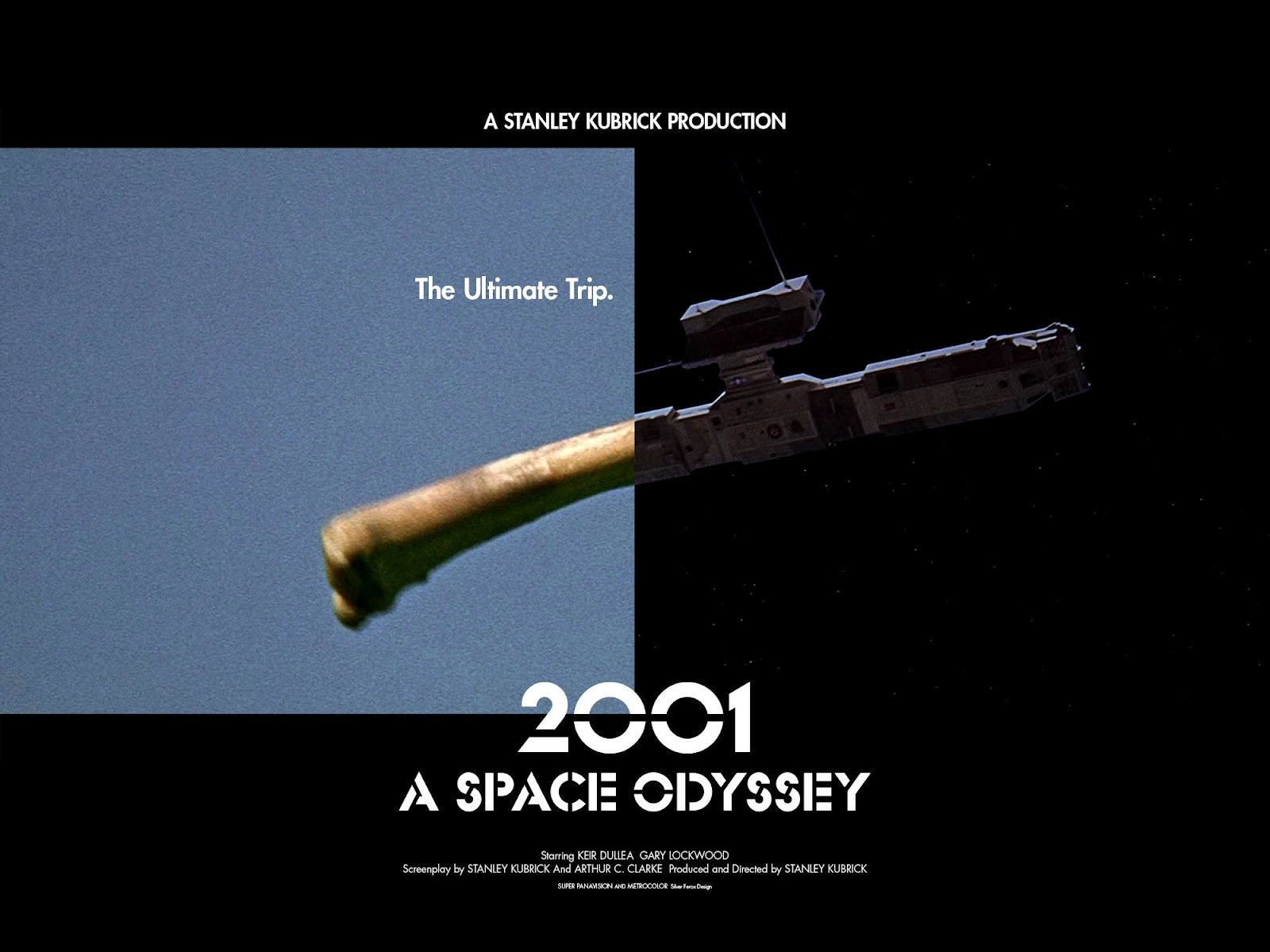 This projection of trust and reliability onto the person creates an option for the baby sitter, opens a space, they would be aware of the shift in how they are perceived and could choose to live up to that projection, actually being, acting as a reliable and comforting person. They might not of course but never the less the child’s incorrect projection is capable of enacting a change in a person. In this same way the bone in ‘2001 a Space Odyssey’ becomes a weapon and a symbol of the creative skill of the great tool maker. A sceptic would say its not a weapon its a bone and there by avoid the whole of human civilisation in the name of a literal and un-creative view of the world.

(2) “The theoretical principles are the following:• Principle of Totality—The conscious experience must be considered globally (by taking into account all the physical and mental aspects of the individual simultaneously) because the nature of the mind demands that each component be considered as part of a system of dynamic relationships.• Principle of psychophysical isomorphism – A correlation exists between conscious experience and cerebral activity.Based on the principles above the following methodological principles are defined:• Phenomenon experimental analysis—In relation to the Totality Principle any psychological research should take phenomena as a starting point and not be solely focused on sensory qualities.• Biotic experiment—The school of gestalt established a need to conduct real experiments that sharply contrasted with and opposed classic laboratory experiments. This signified experimenting in natural situations, developed in real conditions, in which it would be possible to reproduce, with higher fidelity, what would be habitual for a subject,” William Ray Woodward, Robert Sonné Cohen – World views and scientific discipline formation: science studies in the German Democratic Republic : papers from a German-American summer institute, 1988

Next Story:
Brutalism, The Romance of Harsh Places