Is it Safe to Pee in the Pool?

An answer to the perennial question: Is it safe to pee in the pool? 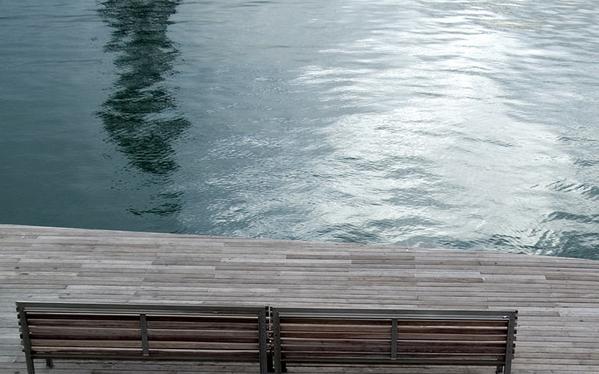 Safe? Something of a concern in tropical rivers where those barbed skinnyfish might swim up your urethra. Also a concern at the beach, given that sharks can smell mammalian urine as readily as blood.
But in the pool?

Surely the more perennial question was always: ‘Mmm, this bit of the pool is lovely and warm, why’s that?… Ugh’.

An answer to the perennial question: Is it safe to pee in the pool?

Sanitary-minded pool-goers who preach “no peeing in the pool,” despite ordinary and Olympic swimmers admitting to the practice, now have scientific evidence to back up their concern. Researchers are reporting that when mixed, urine and chlorine can form substances that can cause potential health problems. Their study appears in ACS’ journal Environmental Science & Technology.

Jing Li, Ernest Blatchley, III, and colleagues note that adding chlorine to pool water is the most common way to kill disease-causing microbes and prevent swimmers from getting sick. But as people swim, splash, play — and pee — in the pool, chlorine mixes with sweat and urine and makes other substances.

How chlorine interacts with uric acid

Two of these compounds, including trichloramine (NCl3) and cyanogen chloride (CNCl), are ubiquitous in swimming pools. The first one is associated with lung problems, and the second one can also affect the lungs, as well as the heart and central nervous system. But scientists have not yet identified all of the specific ingredients in sweat and urine that could cause these potentially harmful compounds to form. So Li’s team looked at how chlorine interacts with uric acid, a component of sweat and urine.

They mixed uric acid and chlorine, and within an hour, both NCl3 and CNCl formed. Though some uric acid comes from sweat, the scientists calculated that more than 90 percent of the compound in pools comes from urine. They conclude that swimmers can improve pool conditions by simply urinating where they’re supposed to — in the bathrooms.

Previous Story:
This is not a Government : This is a Mafia