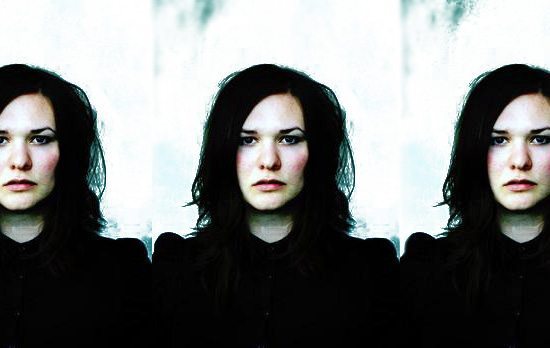 As everybody recovers from their Christmas overindulgence, I recover from the musical overdose that is Golden Shroud. Nothing this depressing has ever made me so jovial, Rose Kemp has devoured my sense of self-preservation.

I listened to this album in three stages. Initially and very mistakenly I wrote it off as doom folk, the choral segments deceiving my metal instincts. On the second listen I quite literally did a double take. I had to stop and turn to the speaker as guitars were played with such intensity, I was physically shaken out of my assumptive reverie. Played for the third time and delving deeper, I discovered the delightfully eccentric and elegiac lyrics. 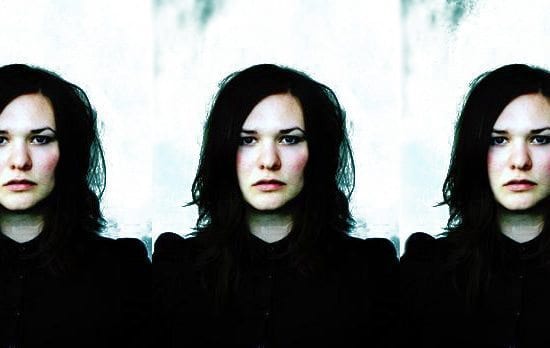 Don’t take from this that it needs three listenings to truly enjoy Golden Shroud for the excellently progressive record that it is. The fault is mine, not Rose Kemp’s. I was surrounded by Christmas jingles and X-factor propaganda, my attention torn from the Celtic and operatic magnetism that lies within this album. However when my scattered focus was drawn to Golden Shroud, it could not look away. Like watching medusa in a car crash, it fed a mythical and morbid curiosity.

Black Medik II begins as a satirical choir. Unexpected profanity meets you and explains a little my initial assumptions. Being very Monty Pythonesque, I wasn’t overwhelmed. Until the beautiful wailing began, detailing an alchemical recipe whilst heavy guitar tones created dangerous soundscapes. Echoes of Monty Python were violently replaced with images of Macbeth. The lyrics in all the songs were soft and cryptic, sung with a catholic nun’s sincerity. This is often described as indicative of Rose Kemp’s folk upbringing, with Maddy Prior and Rick Kemp from Steeleye Span for parents. Let us not go too far down this nature/nurture, self-fulfilling prophecy, Wikipedia style analysis though. It will only serve to colour your response to the album and annoy my sense of Goth sisterhood. Yes she was influenced by her parent’s music, who wasn’t? Save it for the blogsphere people.

Blood Run Red begins also with the folk-like choir singing hauntingly tragic verses, seriously don’t listen to this if you are a happy cartoon bunny. Unlike Black Medik II the song develops slowly, with a more gradual transformation. The doom element surges through soon enough, putting rumbling screams into your chest. I desperately wanted a gravely, Jack Daniels soaked voice just so I could growl along. It was not meant to be as I sounded vaguely like the cookie monster. Fortunately the song changes and Rose Kemp springs a jolly vocal trill about blood running red.

Yes I am grinning.

It made me think of Black Sunday, a dark Italian horror movie about an evil and uber-sexy vampire witch. The witch is killed horribly and goes on a murderous rampage centuries later, naturally. This is the song’s narrative, that death to death, blood to blood darkness that is both ludicrous and beautiful.

Just when you think it’s over, a strange poem begins. Trip trapping through a forest glade like a sycophantic Red Riding Hood. If Red Riding Hood had just killed the wolf with a machete and was now going after the three little pigs. Again guitars beat you down, acting as reflective verses in the satanic nursery rhyme which this song has become. 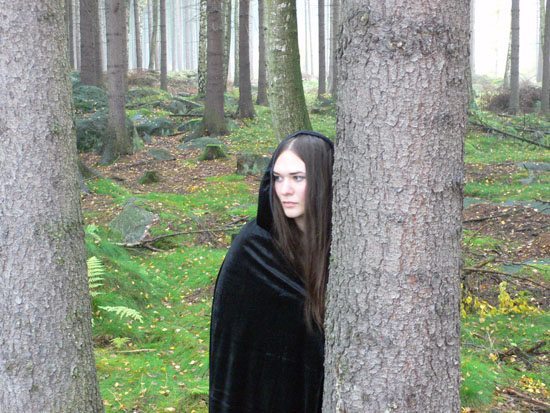 The gospel experimentation in Lead Coffin is worthy of note, though I felt the vocals were a little diminished from the previous two thundering tracks. Truly doomtastic, Lead Coffin is laden with distortion and war cry lyrics. Yet this song seemed like a series of false starts. The first two were enveloping, progressive journeys to black lace, coven fires and animal headed men. Whereas Lead Coffin didn’t flow, due of course to the focus on heavy distortion and instrumental chaos. It sounded tired and less inventive. Nevertheless the misshapen pitch and schizophrenogenic choruses do make you want to leave the lights on, and perhaps check under the bed.

Rose Kemp’s previous albums have been textbook records, with a dozen or so tracks. Hence these three metal epics are quite a feat, illustrating a musical artistry that she can definitely look back on and be proud. Not to belittle her previous albums though, which were all scary, gorgeous and uniquely ‘her’. Golden Shroud is, pardon the phrase, just something else. It crawled inside my head, found the Goth that lives in there and took it out for dinner and cocktails. A gravitational experience, this album shows Rose Kemp undergoing a metamorphosis. To become what though? Take your pick: a Gothic high priestess; a folk revolutionary; a metal diva. Definitely not a butterfly though. Golden Shroud is the bastard lovechild of folk and doom, treat it with respect or it may come and get you.