Odes of a life unmarred by complication or dissonance. Robbie Boyd live.

[dropcap style=”font-size:100px; color:#992211;”]S[/dropcap]urely one of the last small gigs for this folk troubadour who’s quickly making a name for himself in the post Mumford world that the UK has become.

It’s hardly revolutionary stuff but within the constraints of his straight laced songs are indications of an afro-folk crossover vibe that might yet burn a Dalston barndance to the ground.

The crowd of mixed families got lively at this midweek shandy fest, 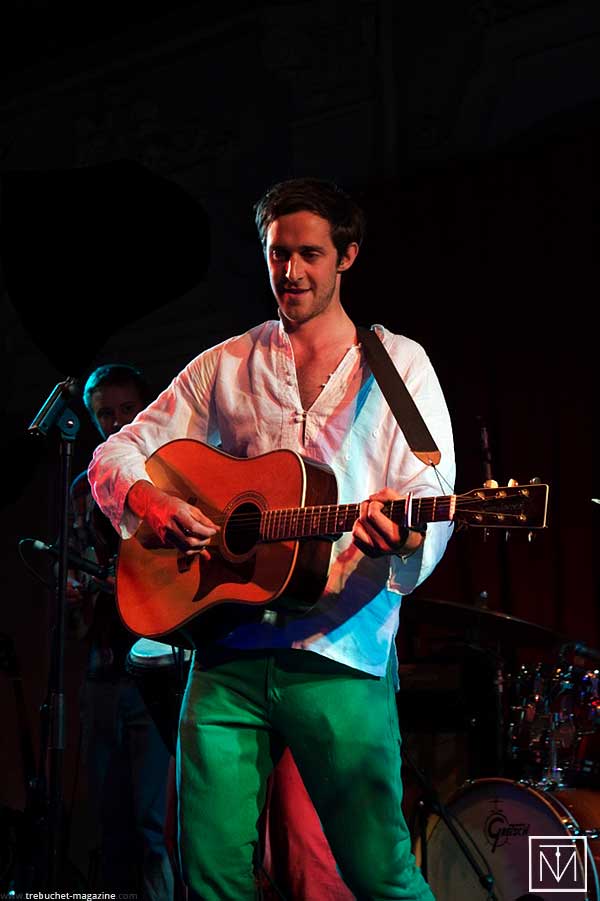 working themselves into a lather by the time of the band’s rambunctious finale.

The occasional solo turn by Robbie went down well and while courting emotion, didn’t carry much meaning. But then, awakening minds isn’t Boyd’s bag. He’s a song and dance entertainer of quiet humility and if he doesn’t push his fine voice into the danger zone of extremity (and why should he?) so be it.

Fans of mode medium abound and, cheerful to a person, are happy to resound to odes of a life unmarred by complication or dissonance.

Boyd’s band of tight professionals are in their element backing the charismatic singer and ecstatically beam through the set, reflecting the audience’s love, a steady clapping between songs, and a respectful quiet at moments of polite calm.

It’s hard to see where Robbie’s career might lead him. However, whatever personal war he’s waging, he’s winning….

And winners write the history books, get the last laugh, and in music must inevitably suffer a harsh critical backlash of people who might never ever know the love of a teenage audience.

Soon after this gig on July 3rd 2013 at Bush Hall, Boyd was selected by Boris Johnson to play on top of the 02 for a select number of invited guests. Boyd was the first ever British Act to play on top of the 02, preceded only by Bon Jovi and 30 Seconds to Mars. The event was held to promote the Rhythm of London initiative, which Boyd won as a London busker last year.

Previous Story:
So Much For Antioxidants

Next Story:
Love Drug’s a Dud