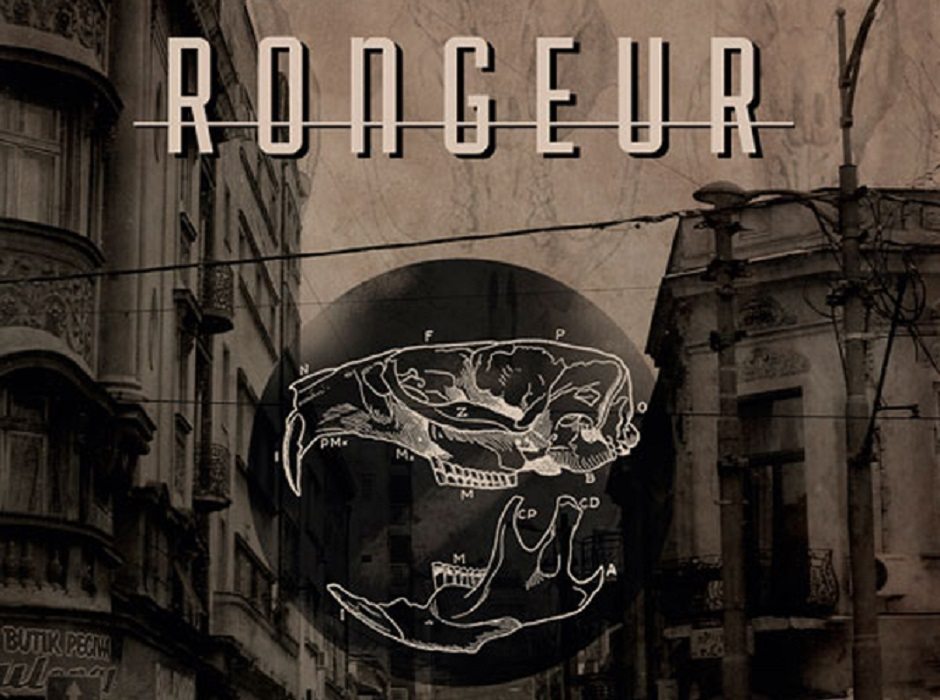 [dropcap style=”font-size:100px; color:#992211;”]A[/dropcap] rongeur is a sharp surgical implement for gouging bone. Judging by this album, it’s an apt name.

Norse sludgsters Rongeur created their first album The Catastrophist and As the Blind Strive by merging two demos. Their ethos was to have no rules except the rule of Heavy. With members from folk black metal outfit Trollfest, screaming punk lunatics Ampmandens Døtre and Trondheim thrashers Exolume, they could hardly fail to deliver: this album is an exploration of the “scraped from the bottom of a lake with a rusty hoe” tone palette.

Sludge sometimes suffocates under its own weight, the full-spectrum noise drowning out the hooks. But here, each track has its own character, from the power chords of ‘Jon Hogg’ to the sleazy swamp guitar riffing on final track ‘In Inceptum Finis Est’.

In ‘Traitors’, undulating minimalism is overlaid by a spoken voice telling us: “Nothing can be learned from this. Nothing good will come of this. Nothing can ever mend this fracture you have caused.” Jokes about That Napalm Death Pit Incident aside, it’s gloriously grim.

In a genre dominated by larger outfits, Rongeur’s sparse instrumentation gives the music room to breathe, especially on the gritty, lean riffs and concise, chunky chords of ‘Why Would You’, but the whole thing is delivered with spotless confidence and pace. Bleak, larynx-shredding yells ride a wave of hypnotic riffs thick enough to float a ship. The group’s cited inspiration from High on Fire, Kylesa and Eyehategod could hardly be clearer.

Rongeur only formed in late 2012, but their experience and vision – unlike their sound – is clear. The Catastrophist and As the Blind Strive is not yet a full-length album, weighing in at 33 minutes. But it leaves you ready to sound out the depths with them next time.