A band who more than fulfil home state Oregon’s ‘large and hairy’ quota between the four of them, Red Fang sound exactly like you’d expect them to.

Renowned for their quirky and well-produced music videos, their fourth album Only Ghosts is a a punishing record which shows off some mature writing nous which emerges and rallies the more times you listen to it. 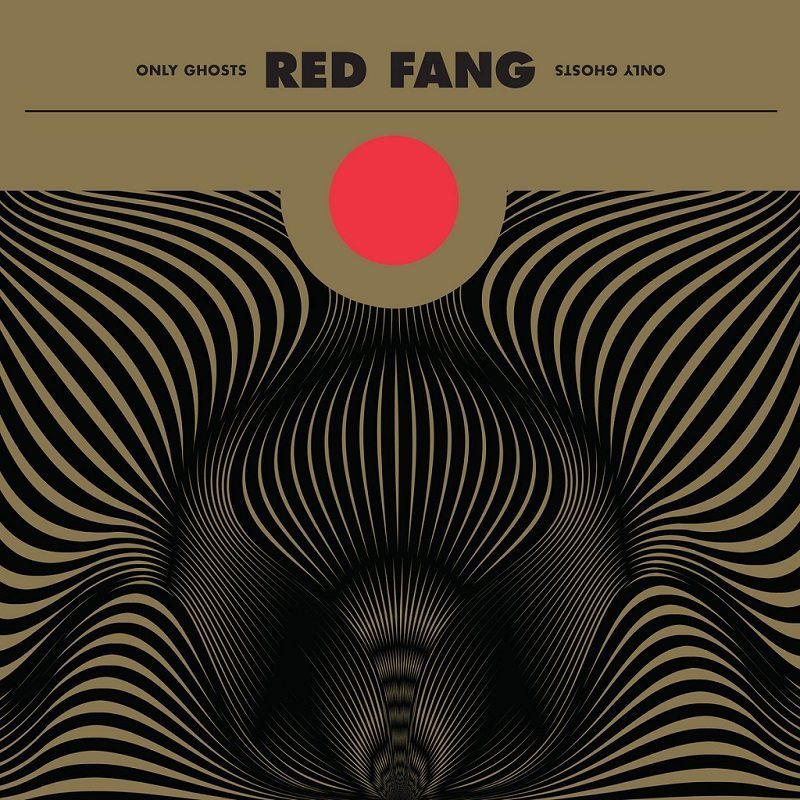 Comprising of nine thundering tracks driven by a dynamic rhythm section and some screaming guitar work, plus one that’s surely the musical equivalent of wandering home with a hangover, this album starts strong. ‘Flies’ is our opener, a grungy, riffy assault with aggressive vocals and the odd proggy breakdown, coming in with an example of just how marmalising Red Fang can be. The tone is immediately massive, and gives a pointed lesson in just how tight a band can be while still throwing out some serious clout.

The intro to follow-up ‘Cut It Short’ is thumping, yet the vocals just aren’t strong enough to carry it. Let’s be up front about this – some of the vocal quality we’ve seen in earlier Red Fang releases is missing, and Only Ghosts suffers for it. Bryan Giles is the angrier of the two singers and should be sufficiently shouty and intense enough to keep anyone with even a passing interest in groove-driven heavy rock interested, but bassist Aaron Beam just doesn’t seem to be hitting the mark on some parts.

There are no vocal issues on track three, ‘Flames’, since it’s a weird soundscape, meandering around for a while then (mercifully) ending before it becomes too tiresome. Maybe one to skip, if you’re impatient.

‘No Air’, on the other hand, is angry. The whole album is angry, but this track hits a completely different level on the rage scale. The chorus finds Bryan Giles (the wonderfully shouty one) belting out “You are the enemy. Tear you apart!” Even through this, the band don’t lose sight of their strengths; big riffs and screaming lead lines all superbly kept in line by some rock solid drumming.

From there we’re treated to ‘Shadows’, which peacocks the band’s dense tone (as well as their mastery over video production – watch the video now if you like big burly men getting pushed around by nerds, high production values, and/or the classic Schwarzenegger vehicle Predator). ‘Not for You’ starts off strong but is ultimately forgettable, whilst ‘The Smell of the Sound’ drags on for about two minutes too long, with what started as huge riffs winding up coming across as more repetitive than grooving.

‘The Deep’ is the low point of the album (in more ways than one) and never seems to find its place, but this is countered by the creeping dread and heaviness of ‘I Am a Ghost’, which works beautifully. This is music for anger in the best way possible. ‘Living in Lye’ is the final track, a six minute sonic assault that really hits its stride. I was expecting to be bored by it on repeated listens, but the second time around it really grabbed me afresh.

There are moments where Only Ghosts absolutely works. The riffs are huge and technical without being wanky, and the tone and production quality are phenomenal. If that’s what you’re after this might justifiably be your album of the year (I wouldn’t fault you for a second), but while there’s some serious talent on display amongst the stellar riffs, the songs aren’t strong enough individually to make this album a particularly special or memorable one.

That’s one hell of a video for ‘Shadows’ though….

Next Story:
The Lethal Cocktail of Heart Drugs You Need To Know About