Finely slice half a red onion. Crush and chop half a clove of garlic.
Peel/core/dice one Granny Smith apple.
Roughly chop a good handful of walnuts.Slice a small, hot chilli pepper.

Fling it all in a bowl, soak with your favourite oil/vinegar/mustard/honey dressing, sprinkle a few raisins/goji berries/blueberries/whatever.

Microgreens? Get stuffed. That’s the salad equivalent of eating babies.

Microgreens are sprouting up everywhere from upscale restaurants to home gardens. They help spruce up old recipes with intense flavors and colors, and are packed with nutrients. Now testing has shown that for mice on a high-fat diet, red cabbage microgreens helped lower their risk factors for developing cardiovascular disease and reduce their weight gain. The report appears in ACS’ Journal of Agricultural and Food Chemistry.

Microgreens are tender, immature plants and herbs that take only a week or two to grow before they’re ready for harvesting. A growing body of research suggests that microgreens could offer more health benefits than their mature counterparts. And since previous studies have shown that full-grown red cabbage can help guard against excessive cholesterol, Thomas T.Y. Wang and colleagues wanted to see if 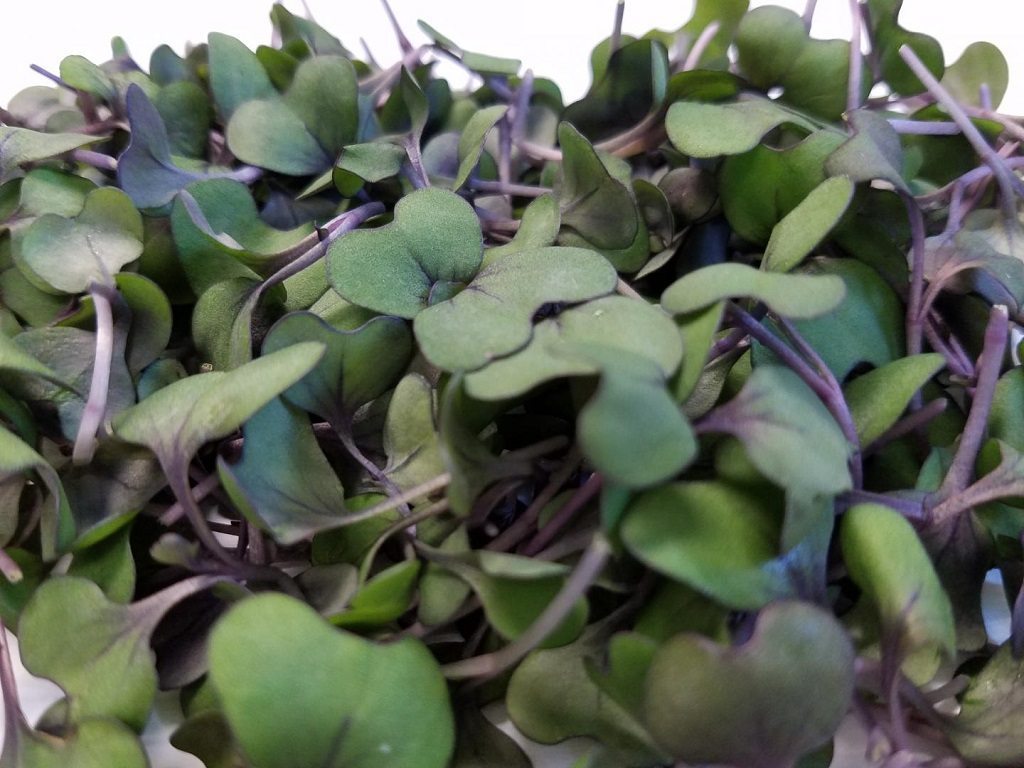 red cabbage microgreens might have a similar or even greater effect than their larger counterparts.

To test their hypothesis, the researchers used mice that were a model for obesity. These animals also tend to develop high cholesterol and other risk factors for cardiovascular disease. The team divided 60 of these mice into different diet groups. They received food low in fat or high in fat, and with or without either red cabbage microgreens or mature red cabbage. Both the microgreens and mature cabbage diets reduced weight gain and levels of liver cholesterol in the mice on high-fat diets. But the study also showed that microgreens contained more potentially cholesterol-lowering polyphenols and glucosinolates than mature cabbage. The baby plants also helped lower LDL, or “bad,” cholesterol and liver triglyceride levels in the animals.

Previous Story:
Blasting Out of the Vortex: Wyndham Lewis and Vorticism

Next Story:
Choose Your Ally Carefully. Why Trust the CIA?