Wire – A band so good they named both a cult TV series and a snotty music magazine after them. Live review

[dropcap style=”font-size:100px; color:#992211;”]R[/dropcap]ecently I have been preparing for death so I when I noticed that Wire were coming to town I immediately added them to my ‘must see’ list.

I have never been a particular fan of the band but I have always enjoyed people who are. I do still own a vinyl copy of the terrific ‘I Am the Fly’ single but didn’t follow up by purchasing any of their many highly rated albums.

Unless you can afford an expensive home sound system and live a long way from weak-willed neighbours ‘sonic’ music is generally best absorbed in a live situation. They were working the Con Club which has a good stage, excellent lighting and a great sound system – a perfect setting for their endeavours. 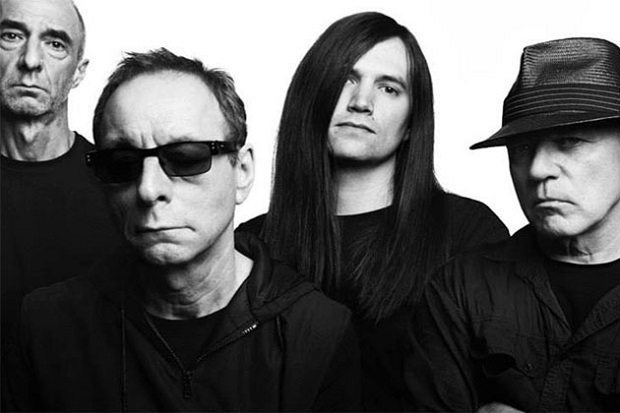 Visually the band features three bald men (original members) and a young guitar player with enough hair to stuff a mattress. They made no attempt at performance gestures – just stood there and hammered it out nice and loud. Their sound is thick, rich, heavily processed and luxurious. A tightly-packed crowd soaked it up with ease.

The band has two basic song constructions: the first is an almost singalong style put to a late seventies/early eighties dance beat, the best of which repeated the word ‘Manchester’ over and over. Their second construction is slower paced, less melodic and heavy on the dissonance. Overall I preferred the upbeat material but then I’m a fool for a dance beat. They didn’t play ‘I am the Fly’ but then I didn’t really expect them to so – no disappointment there.

The only sour note was a throwaway culturally imperialist line from the Singer/Guitarist/Elvis Costello lookalike as they returned for their encore: ‘I bet you didn’t expect to see us in Lewes.’
Lewes is the capitol of East Sussex, the town where Thomas Paine wrote The Rights of Man, and is well used to seeing international performers of a certain age plying their wares. Shaking Stevens was here recently.

Fortunately all was redeemed by the stunning, room crushing, doom laden encore number played at a pace that would have made a funeral march seem like a lively jig. It reminded me of another time when I was struggling up a snowy hillside and exhaustion sang the ice siren song that goes: ‘Give up, loser, and sink deep into the warmth of my frozen arms’. At the moment of capitulation the green ray of Lobsang Rampa gripped my brain and flooded me with just the right amount of energy to continue my journey.

Happy days recalled. That’s the power of the Wire.

Next Story:
Can the Clean Fuel Movement Ketch Up With Florida’s Tomato Battery?