Now in its fifth edition, Photo London was founded in 2015 to give the city an international photography event befitting its status as a global cultural capital. 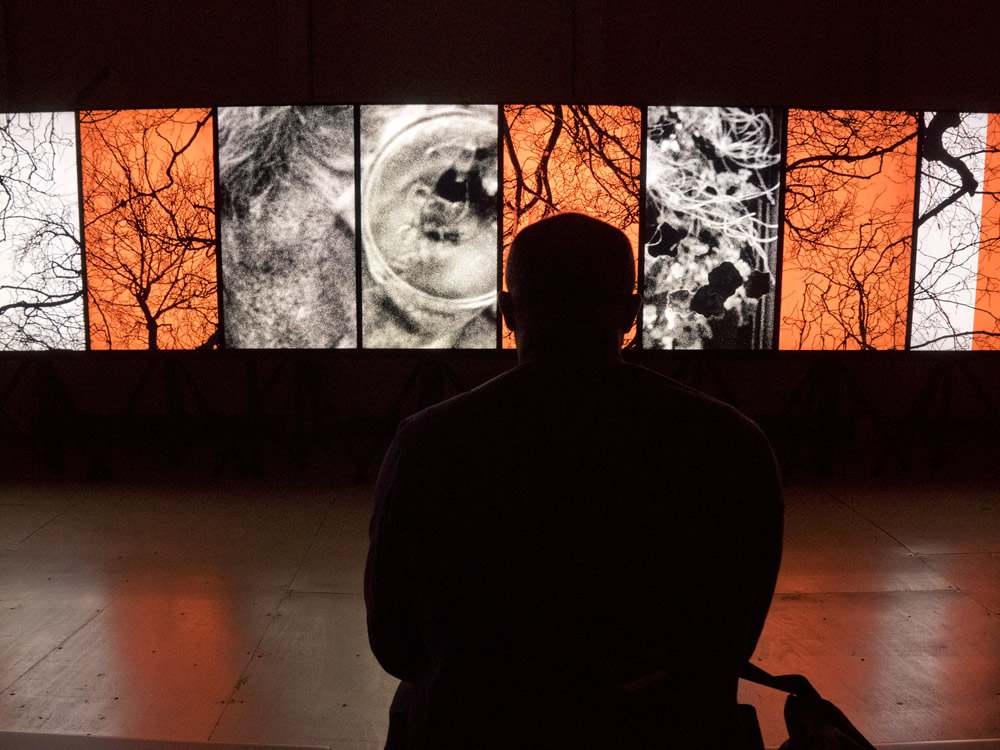 [dropcap style=”font-size:100px;color:#992211;”]A[/dropcap]s you enter the main pavilion of Photo London 2019 in the courtyard of the venerable Somerset House on the banks of the Thames, you cannot fail to notice the huge large-scale prints from Nick Brandt’s latest series, This Empty World, which addresses the escalating destruction of the animal world at the hands of humans. The Atlas gallery, which represents the artist, is also supporting the Big Life Foundation, a non-profit organisation co-founded by Brandt, who is working to protect the wild animals of a large area of Kenya and Tanzania from runaway development and threat by poachers.

Now in its fifth edition, Photo London was founded in 2015 to give the city an international photography event befitting its status as a global cultural capital, it has already established itself as a world-class fair and as a catalyst for the city’s dynamic photographic community. Each year the Fair attracts over 100 of the world’s leading galleries and a fast-growing community of collectors to celebrate photography, the medium of our time.

The Fair has long championed the role of women in photography, whether as artists, gallerists or curators, and this year is taking an extra step by celebrating the work of three women artists: Rachel Louise Brown, Mary McCartney and Susan Meiselas. These noted photographers come from very different backgrounds and practices. The legendary Meiselas first came to prominence in the 1970s and 80s with her photojournalistic work and her iconic book Nicaragua following the Sandinista revolution in that Central American country. She has just won the prestigious Deutsche Borse Photography Foundation Prize for her immersive Mediations project of documentation and collaboration with ostracised communities, like the Kurdish diaspora, that she has photographed over a long period of time.

Mary McCartney presented unseen work from her Royal Ballet after hours series which captures dancers in unguarded, behind-the-scenes moments as they prepare for performances, and Rachel Louise Brown’s Simulations was created over a four-year collaboration between the artist and the Palm Beach Photographic Centre in Florida, USA.

American photographer Stephen Shore was announced as Master of Photography for 2019. His work has been widely published and exhibited for the past 45 years. He was the first living photographer to have a one-man show at the Metropolitan Museum of Art in New York since Alfred Stieglitz, 40 years earlier. He has also had solo shows at George Eastman House, Rochester; Kunsthalle, Dusseldorf; Hammer Museum, Los Angeles; Jeu de Paume, Paris; and Art Institute of Chicago. In 2017, the Museum of Modern Art opened a major retrospective, spanning Stephen Shore’s entire career. He has received fellowships from the Guggenheim Foundation and the National Endowment for the Arts. 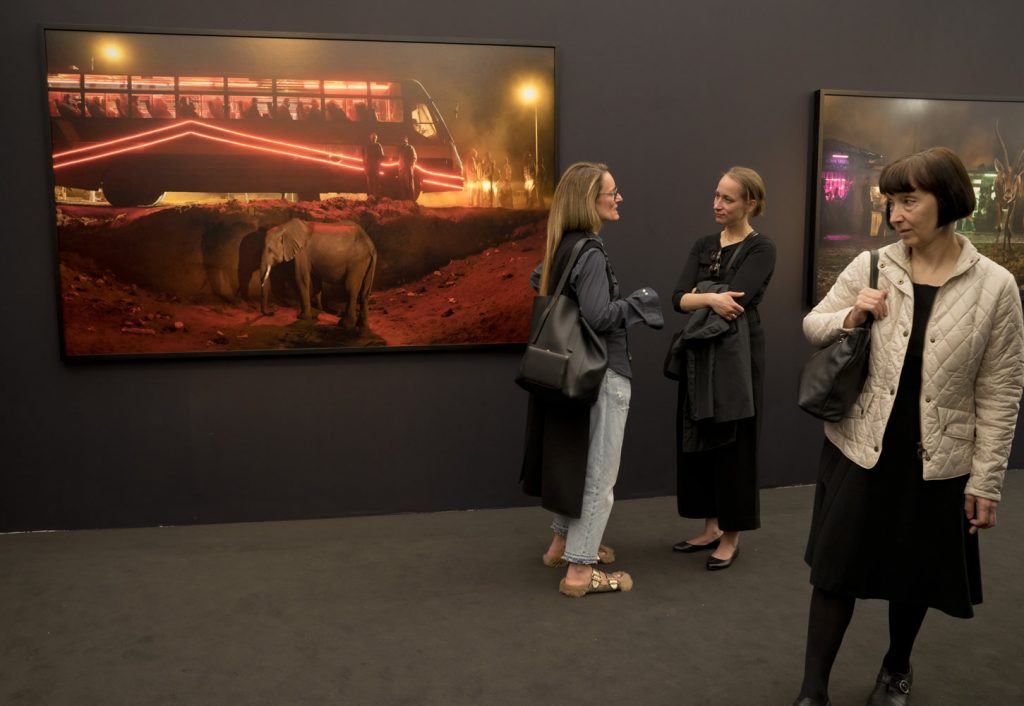 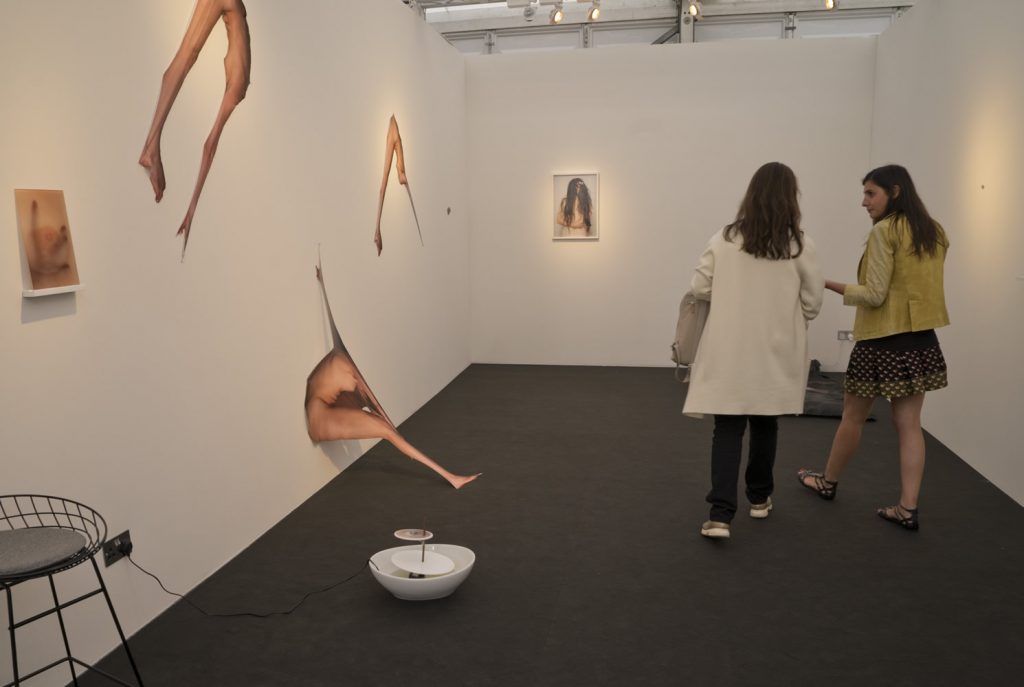 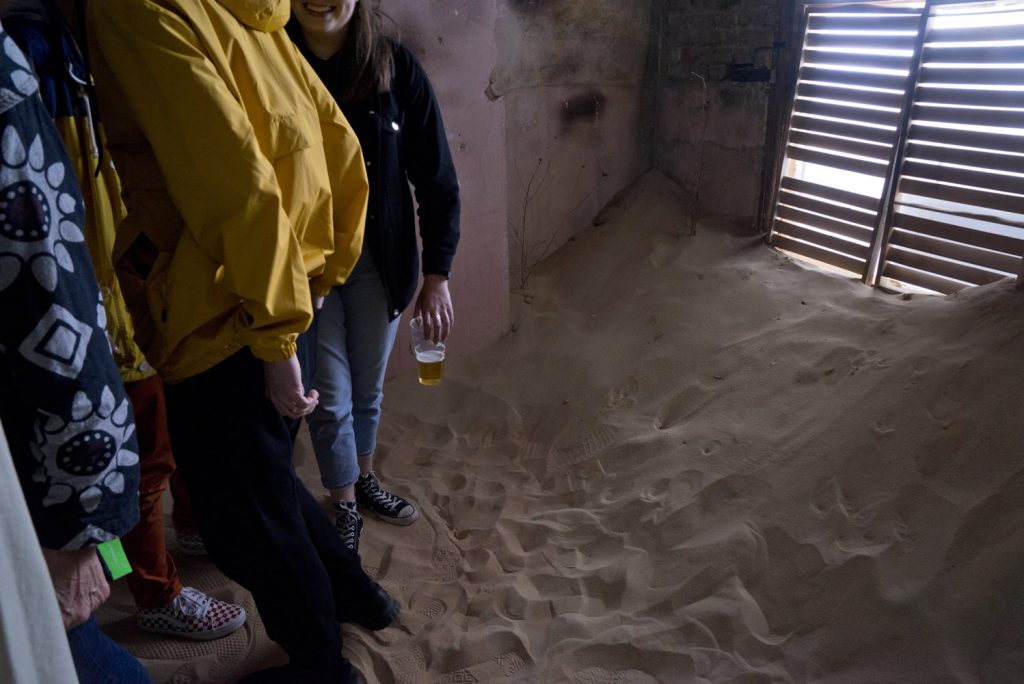 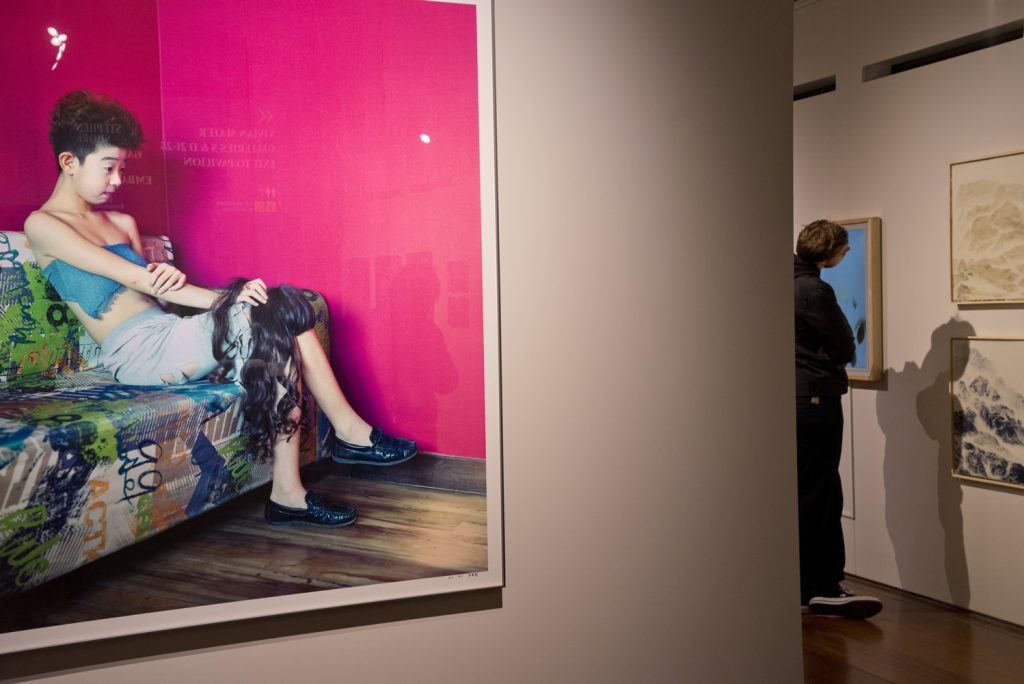 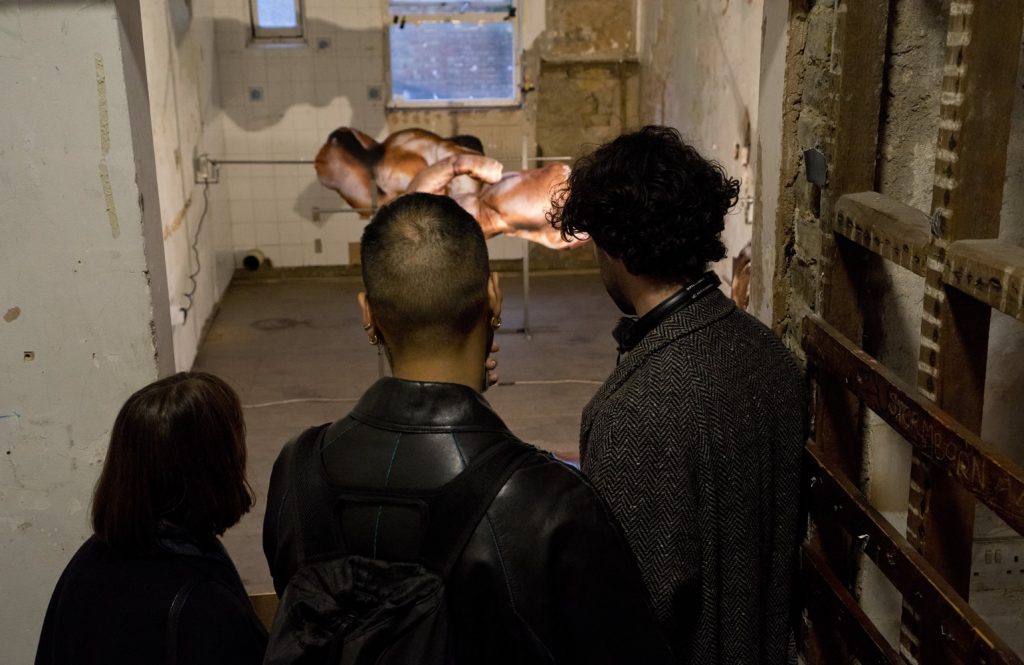 Across the hallway at the lower ground floor of the main building there is a collection of classic works by pioneering photographer Roger Fenton, known as one of the first war photographers, on loan from the Wilson Centre and the Victoria and Albert Museum.

Many of us first witnessed the iniquities of Apartheid through the lens of South Africa’s late great photographer, David Goldblatt. An exhibition of his prolific collection of pictures against inequality and social injustice in the 1970s and 80s is as determined and relentless as ever. To complement the retrospective exhibition the film: Goldblatt – A Documentary was shown in the screening room at the Fair, with the lens turned on him in the final years of his life and work. With interviews from Nadine Gordimer, Zanele Muholi, and William Kentridge, this is a meditation on identity, place, and longing, set within the ever-shifting landscape of South Africa.

I was also naturally drawn to the self-portraits of Vivian Maier, part of another major retrospective of her work. Maier (1926-2009) worked as a governess in the US for more than four decades as of the beginning of the 1950s. Her entire life went inevitably unnoticed, until her photographic corpus was discovered recently in 2007: a colossal work consisting of more than 120,000 negatives, super 8mm and 16mm films, various recordings, miscellaneous photographs, and a multitude of undeveloped films. In her spare time, she photographed the street, people, objects and landscapes with determination and an acute eye. She narrated the beauty of ordinary things, seeking the imperceptible cracks and elusive inflections of the real in everyday ordinariness and made numerous self-portraits, with the insistence of someone in search of herself.

Hot on the steps of the Extinction Rebellion protests last month, the Fair has been showing the valuable work of Pulitzer Prize winner and New York Times photographer Josh Haner. Since 2015, he has worked across the globe documenting the pressing and wide-ranging realities of climate change. Combining the aerial freedom of dramatic drone footage with the intimacy of still photographs from the ground, the aptly named Carbon Casualties series is an intricate exploration of the many consequences resulting from a warming world. Haner’s visual narrative starkly illuminates the ultimate legacy of climate change: the loss of our planet’s vast heritage.

The Peckham 24 group of artists produce one of the fringe shows of the Fair next to the Bussey building in Peckham Rye, south London, and two ex-squat houses next to the other spaces. As you enter one of them you are almost flooded by a mountain of sand, which underpins Baud Postma’s desert landscapes. His set began as a group of images shared on his Facebook page over 10 years ago, and the rediscovery of these old photographs prompted him to consider photography’s relationship with authenticity, using the desert as a metaphor for memory.

Another companion to Photo London was Offprint London, an art-publishing fair with a focus on photo books, which took over the Tate Modern’s Turbine Hall, highlighting the vibrant current state of independent publishing in London. The fair attracted more than 160 artists, independent and self-publishers, selling photography books, posters, prints and magazines, and was produced in collaboration with the Swiss-based Luma Foundation.