[dropcap style=”font-size:100px;color:#992211;”]P[/dropcap]hil Goss is an artist who primarily identifies with drawing his work has an Impressionist feel to it capturing the moment with felt tip pens rather than paint though, he paints people and places, cafes and trips out, tea pots and ‘wobbly self-portraits’ there is a solid nod to expressionism as the figures and places are stylised rather than accurate, much like Van Gough’s drawings in his letters or Gauguin’s slightly symbolist compositions. The use of colour could also be fauvist and hints of Matisse come to mind also. 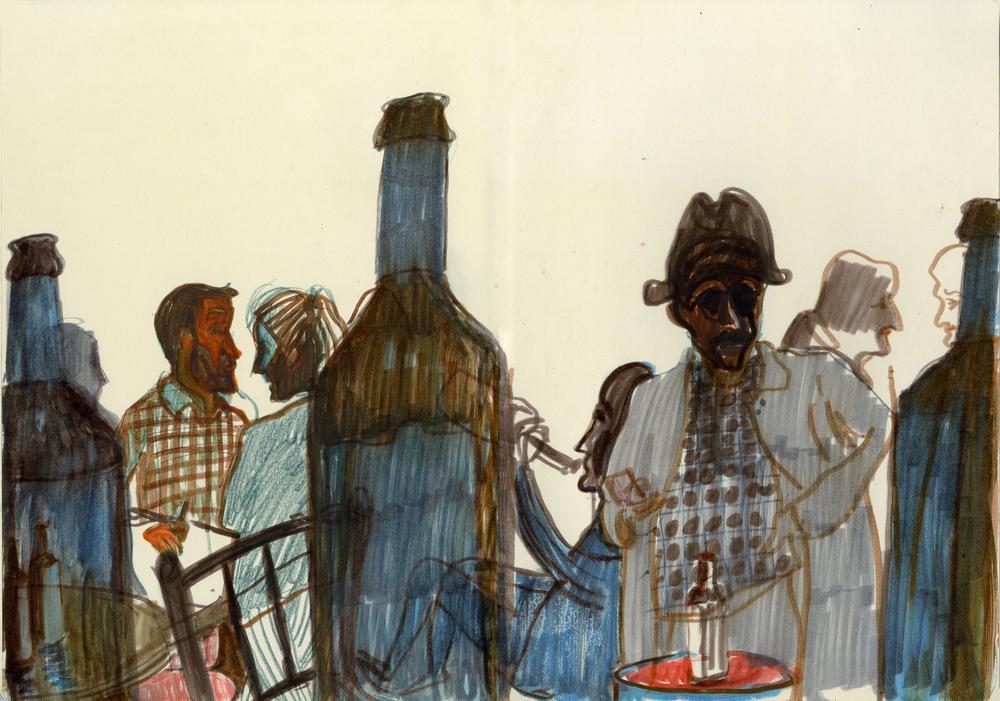 Goss cited Gauguin as an influence in his talk specifically and there is a sense of dallying between Van Gogh style social commentary and Gauguin’s more exotic leanings. 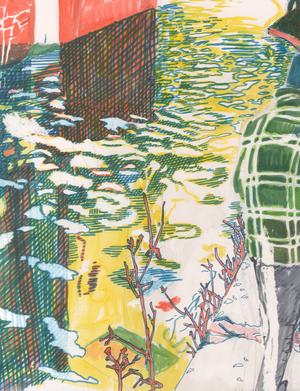 This places Phil’s influences as far as I can tell in the early 20th and late 19th century, his finished works are more casual though than those modernist painters deliberately so and he embraces I kind of ‘flaneur persona’ recording the contemporary arcades and haunts of the cities he’s in. These factors give Goss’s work a light optimistic feel with a touch of sentimentality, “These drawings come from daily practice and an engagement with the moment. They have been arranged in a book as a series of illustrations from a characters point of view as he moves through streets, parks, canals and pubs. He looks at the world over bottles, between railings and through paper cups. As the character becomes more intoxicated by his surroundings the images become more distorted,” Phil Goss, www.rca.ac.uk 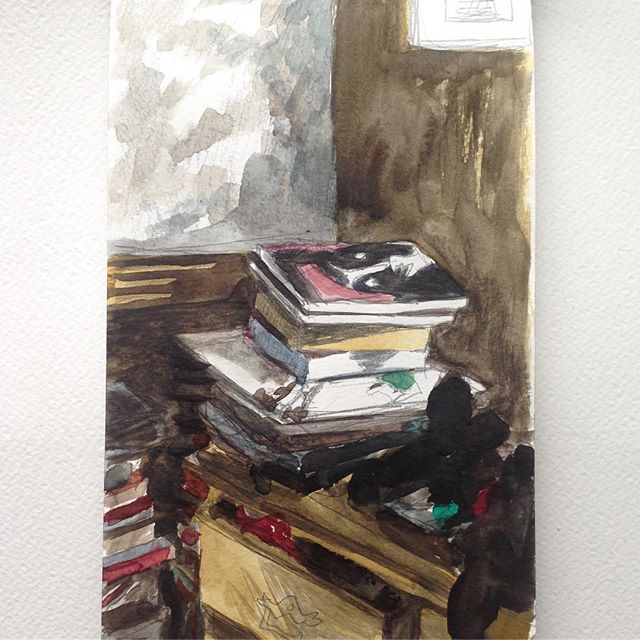 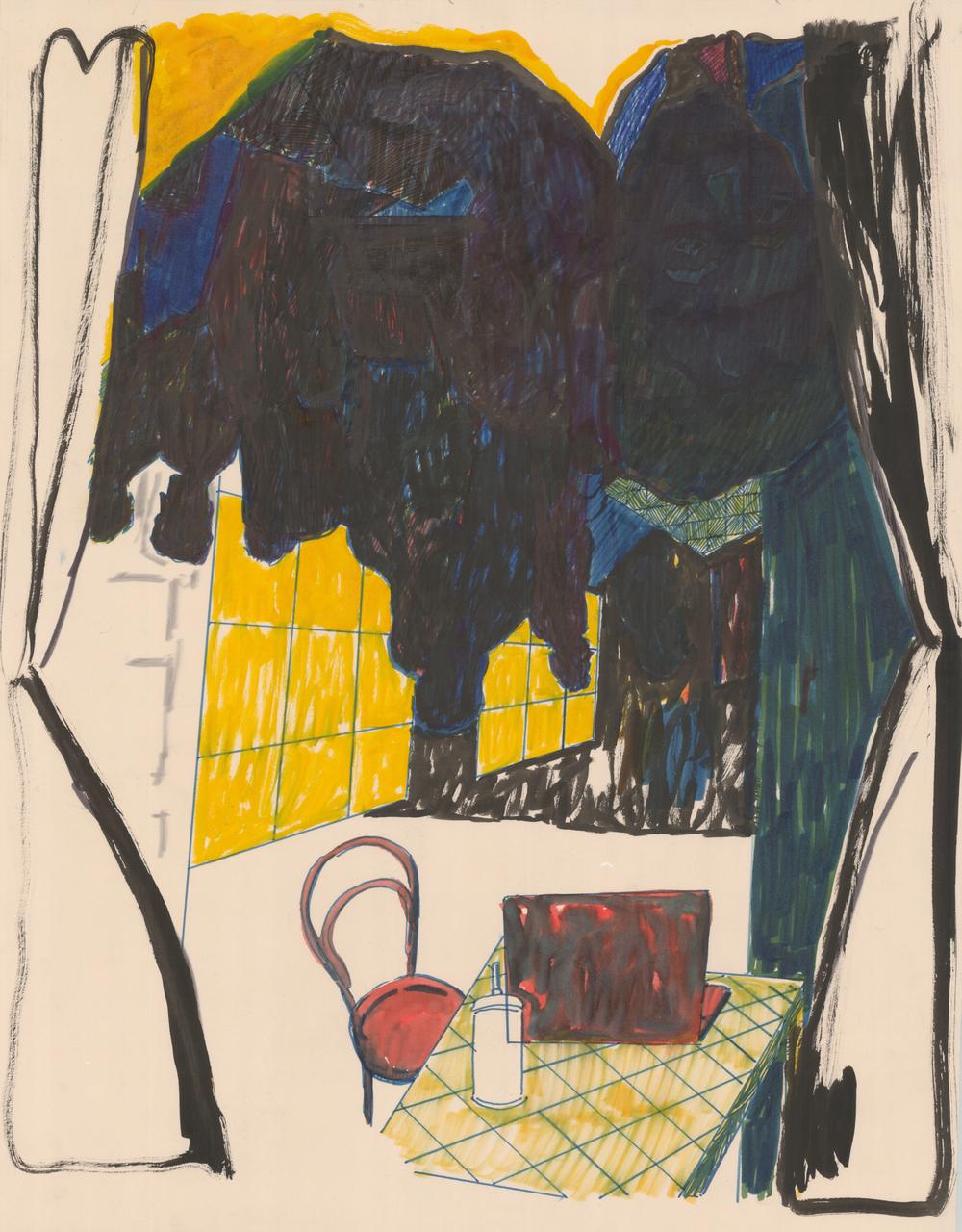 “Just when you thought you had grown out of felt tips, here comes RCA grad Phil Goss cycling down the canal to get you intimately reacquainted with them. His work, which dances between printmaking and observational drawing, is a colourful, naive and slightly wonky look at the world around us. One of his works entitled Teapot is a fantastic drawing of a silver teapot with his own personal, wobbly self portrait reflected in it,” Liv Siddall, Its Nice That, 2014 Liv Siddall’s words above sum up what I imagine a lot of people feel when they experience Goss’s work, its very hard to dislike it so why bother? This is the pure enjoyment of simple and authentic artists methods in a spontaneous and up beat way, its not radical, not yet but like Van Gough maybe his master piece is around the corner perhaps in response to something political or philosophical and I will be interested to see that happen.

Previous Story:
Have a Wee Drink? Urine Trouble if You Don’t

Next Story:
Brexit & the Arts Industry